The organization put on a special event Saturday to raise awareness of veteran suicide and to provide our nation's heroes with the help and resources they need. 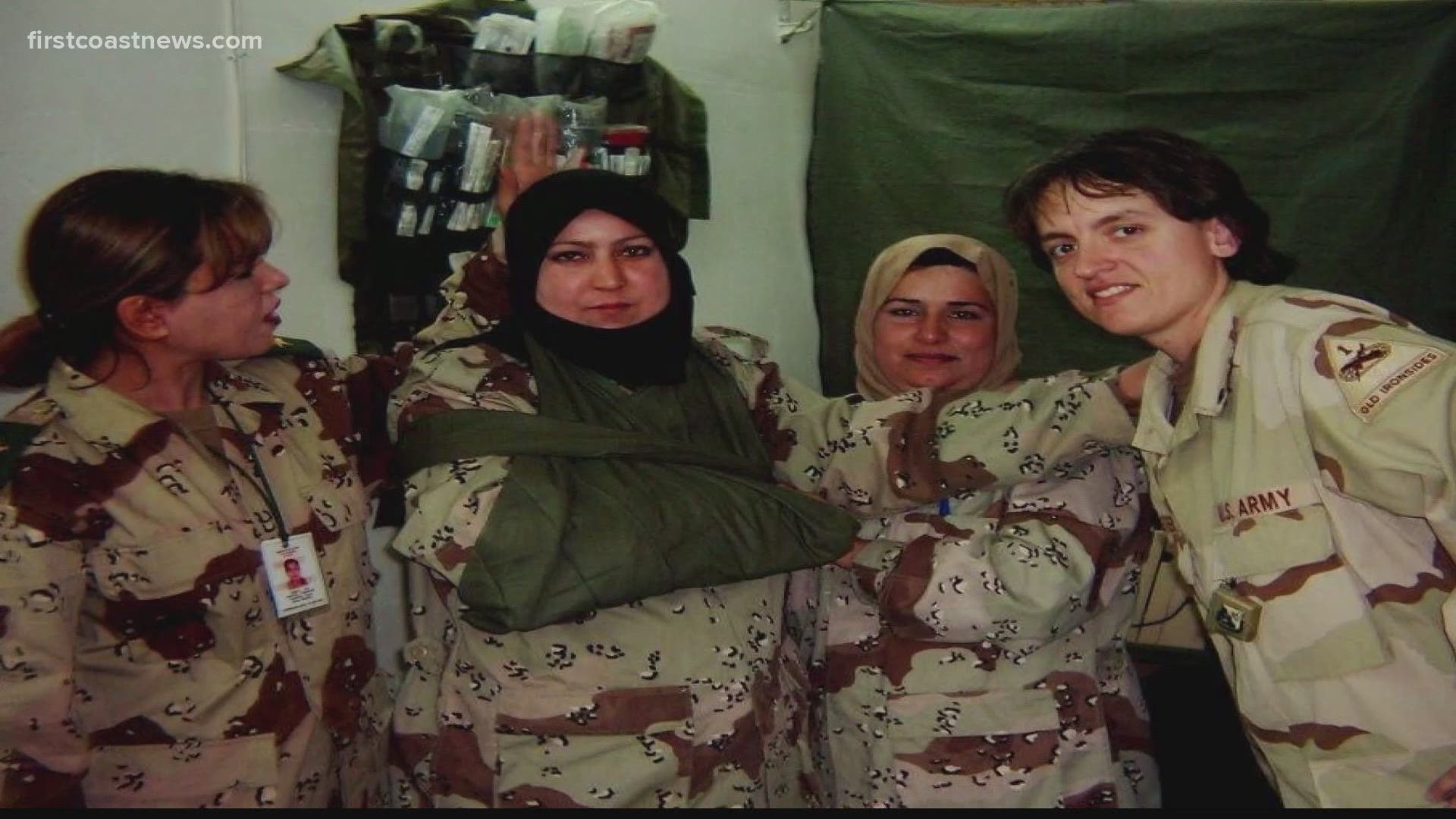 JACKSONVILLE BEACH, Fla. — About 22 veterans take their own lives each day and the American Legion Post 129 in Jacksonville Beach is hoping to change that.

The organization put on a special event Saturday to raise awareness of veteran suicide and to provide our nation's heroes with the help and resources they need.

Retired U.S. Army Staff Sergeant Larry Roberts is now helping other veterans cope with memories of their time in the service as part of the American Legion Department of Florida.

“It’s called Challenge 22," Roberts said. "We have approximately 22 veterans a day commit suicide. Since the pandemic, it’s gone up about 30 percent.”

U.S. Army Medic E5 Jill Lancaster came out to the event at the Seawalk Pavilion at Jacksonville Beach to visit vendor and non-profit tents, listen to speakers and talk to others who served the country.

“The transition was difficult for me," Lancaster said.

“For women veterans, it was a bit more difficult because they just didn’t have a lot of programs or services when we first got back," Lancaster said. "However, the change has been enormous.”

Lancaster joined other veterans and active-duty military members in a 2.2-mile walk along Jacksonville Beach to raise awareness of veteran suicide.

Taking things one step at a time. That's what veterans and event organizers say they'll do to reduce the stigma of mental health and PTSD.

“The more we let people know about the pandemic going on and the signs and symptoms, we can reach out to more people and get them help," Roberts said.

“What we want to do is bring the awareness to everybody. There’s a lot of people that don’t realize veteran suicide is an issue. Through this event, hopefully, we can get more people on board," said James Wineland, chairman of the American Legion Riders.

Happy #SaturdayMorning! What are your plans for the day? It's a gorgeous day in Jacksonville Beach. I'm live on @FCN2go #GoodMorningJacksonville with more on the Challenge 22 event and walk to end #veteran suicide. It's from 10:30a-4p at the JAX Beach @AmericanLegion & Pavilion. pic.twitter.com/9aHIrpBTjF