Residents in a San Pablo neighborhood in Jacksonville wants a guardrail put up after two cars crash into two homes in the span of one month. 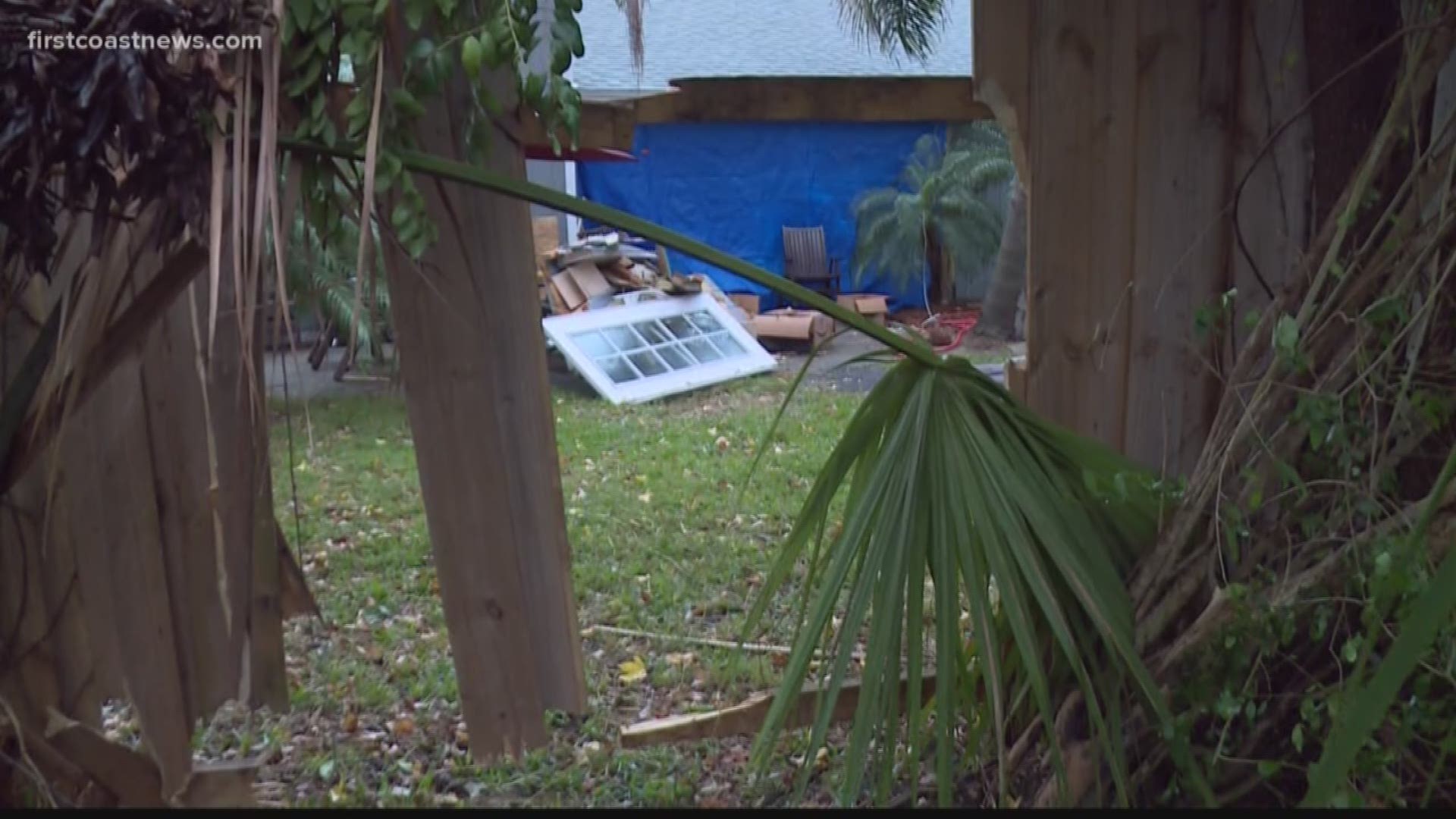 JACKSONVILLE, Fla. — Residents of a San Pablo neighborhood said they're concerned for their safety after two cars crashed into two homes next door to one another in the span of just one month.

Neighbors told First Coast News both crashes happened in the 4300 block of Port Arthur Road, just one month apart from each other. The most recent crash happened Saturday, according to neighbors. Those neighbors said the homeowners weren't there, but their two dogs were inside. Neighbors said one of the dogs did not survive.

Residents told First Coast News they want a guardrail put up in the neighborhood to prevent the same thing from happening a third time.

"We've lived here for 20 years and nothing has ever happened besides the hurricanes and now this in one month," neighbor John Taylor said.

"They think things happen in threes," Taylor said. "Do you think something else will happen? I was waiting for the hurricane to hit us again for the third time. Well, maybe we'll have a third one next month. Maybe on New Year's Eve, somebody will lose control of their car and come through."

"Along the interstate, they have the guardrails to keep people from going across and crashing head-on into people," Taylor said. "Probably that's what we need to go alongside the sidewalk ... the side of the sidewalk towards the trees."

The first crash happened Nov. 4 when a Camaro drove through a house next door from William Davis Parkway and went through the living room and out the front of the house. The driver was rushed to Memorial Hospital in serious condition, according to the Jacksonville Fire and Rescue Department.

In that incident, first responders said a woman was sitting on a couch inside the home watching TV when the car drove between her and the television. She told First Coast News she broke her foot after the crash caused something to fall on her foot. That home still remains boarded up a month later.

First Coast News talked to the owner of that home, the mother of the woman inside at the time, Sunday about the most recent crash. She said she put in a request with the city for a barrier behind the houses on Port Arthur Road after her home was hit. She said she'll be checking on that request this week.