A driver was rushed to a hospital with serious injuries after the car he was driving plowed through a home in San Pablo. 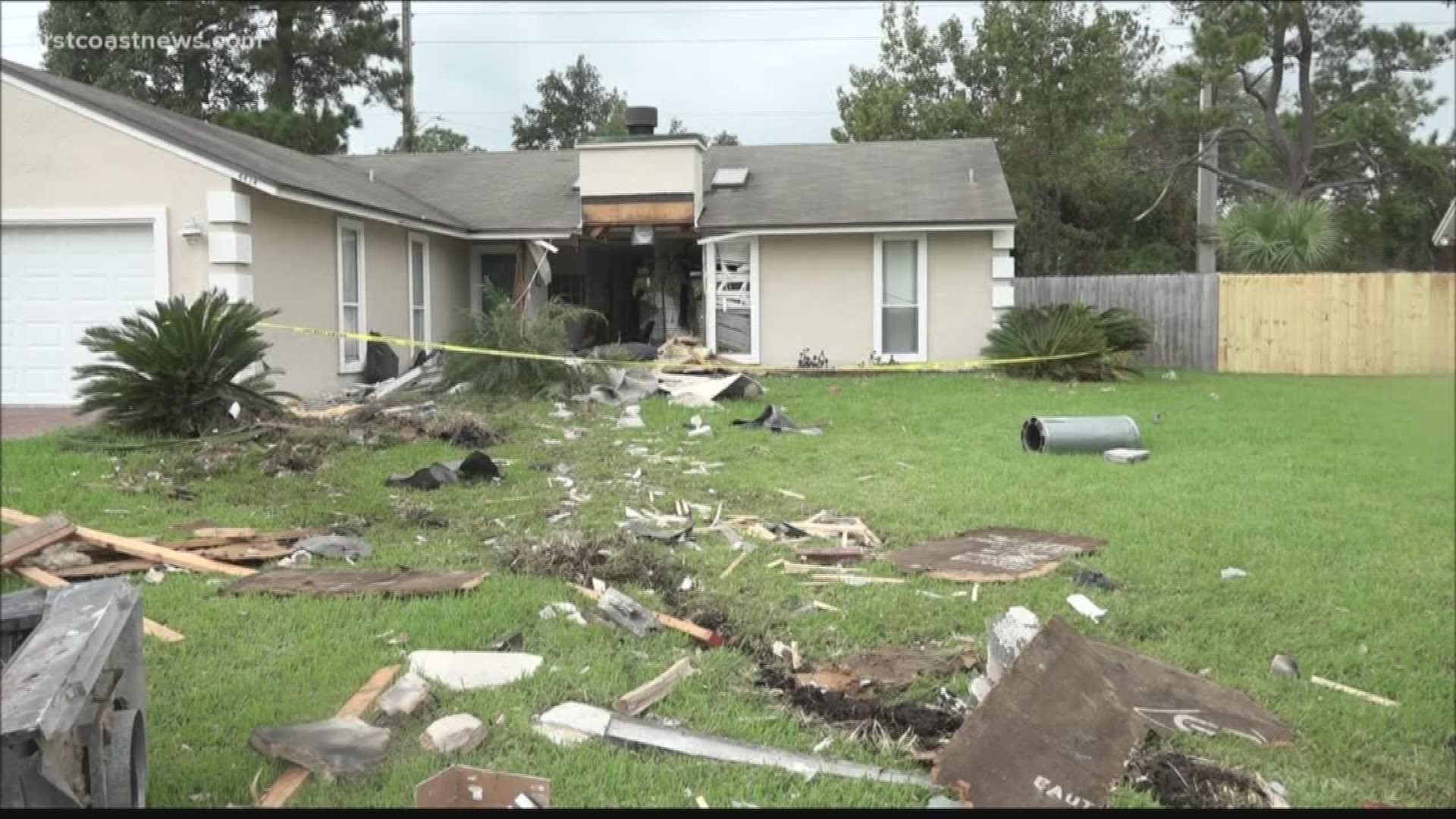 JACKSONVILLE, Fla. — A driver was rushed to Memorial Hospital in serious condition after the car he was driving plowed through a home in the San Pablo area Monday night, according to the Jacksonville Fire and Rescue Department.

First responders said it happened in the 4300 block of Port Arthur Road at 7:28 p.m.

First Coast News was on the scene where a Camaro drove through the back of the house from William Davis Parkway and went through the living room and out the front of the house.

Two adults and two dogs were inside the home at the time, according to first responders.

First responders said a woman was sitting on a couch inside the home watching TV when the car drove between her and the television. She told First Coast News she broke her foot after the crash caused something to fall on her foot.

"It was like in the movies -- crash, bang, boom," Barry Templeton, who witnessed the accident, said.

“[The car] was in the air, literally, in the air," Templeton said. "Then he hit the ground and tore out a big chunk of the sidewalk concrete over there, and the curb."

According to Templeton, the Camero sped by him before slamming into the home. He said he went to see if everyone was alright, and was amazed the woman inside was able to walk away virtually ok.

“She better thank the Lord that she’s still alive," Templeton said. "I don’t know how she lived.”

The impact of the car was so powerful, it shattered a piano and pushed a 500-pound fireplace into the road. Most of the living room is in pieces in the front yard.

The mother of the woman inside the home said her and her husband were at an Elton John concert in Tampa when they got the call about the incident. She said they expect the adjuster to come Wednesday. They were hoping to sell the home soon.

As for now, the woman and her boyfriend are staying in a hotel, and her mom said her daughter doesn't want to return to the home.

The cause of the crash is unknown.

1 / 8
JFRD
A car drove into a home in the San Pablo area, injuring one person. 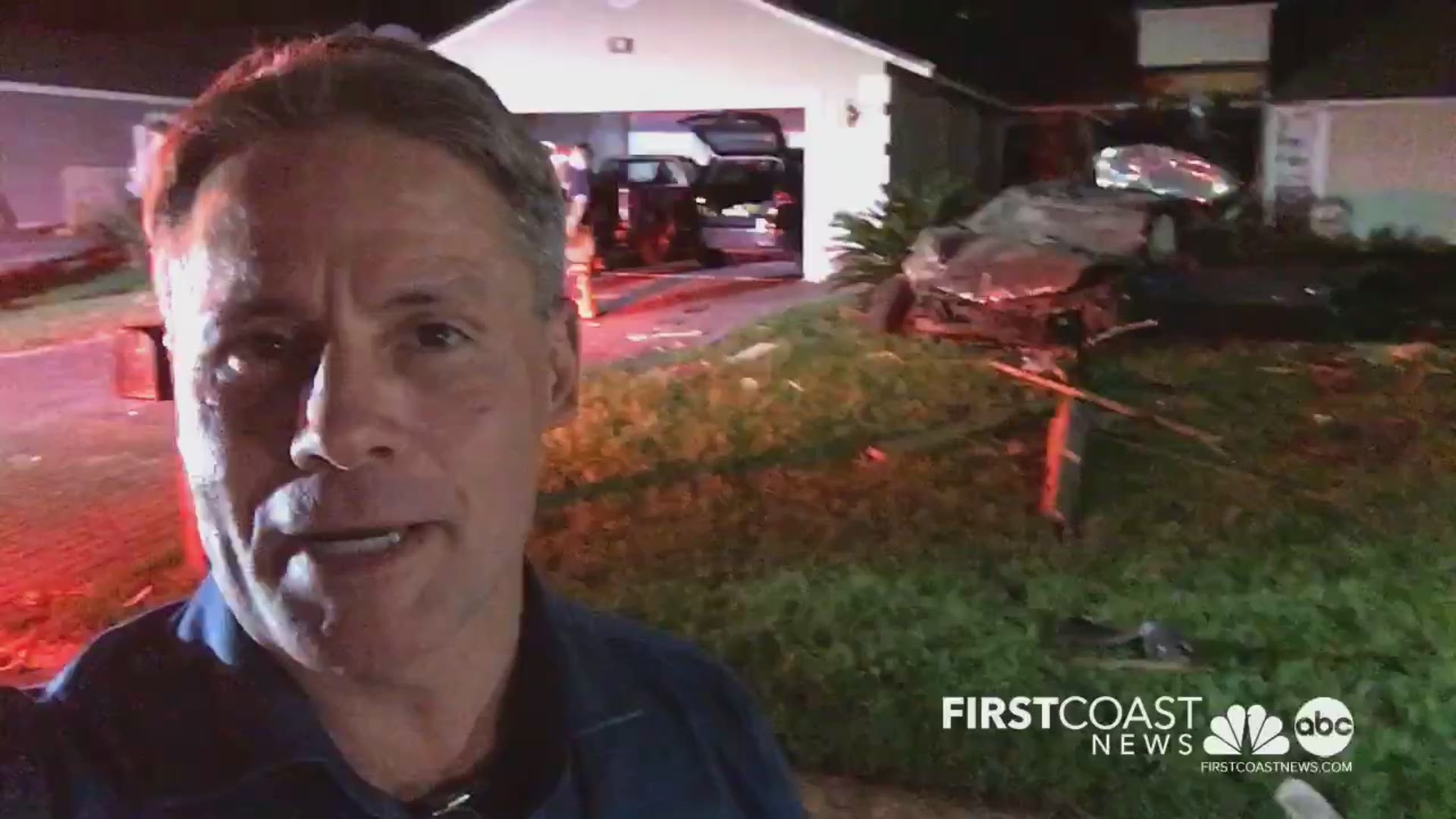 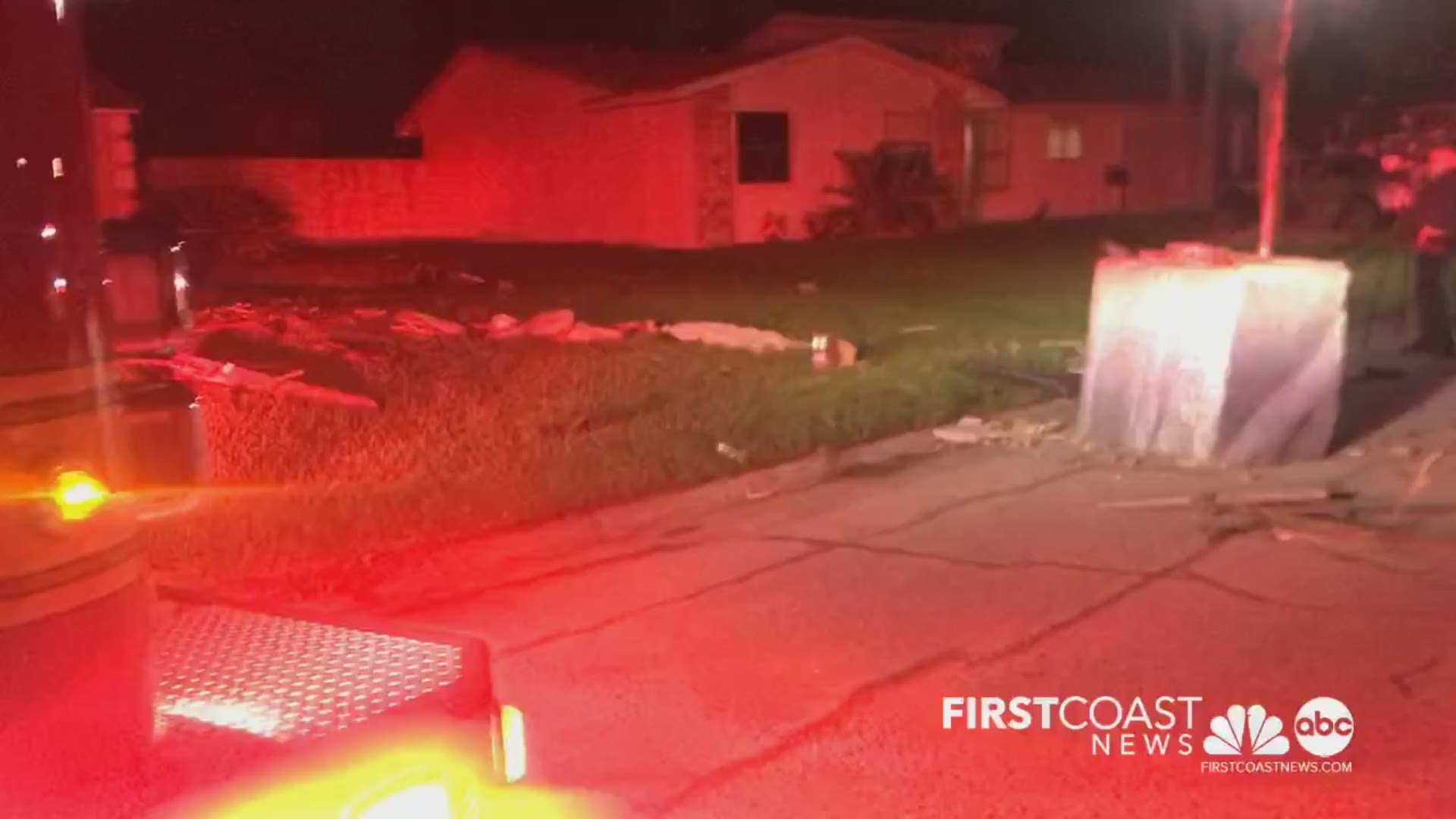