Cancer charity trailer stolen ahead of weekend benefit, $12,000 worth of merchandise taken

Organizers of the Jimmie Van Zant Cancer Benefit say their trailer was stolen from the parking lot of an Orange Park hotel Friday morning. 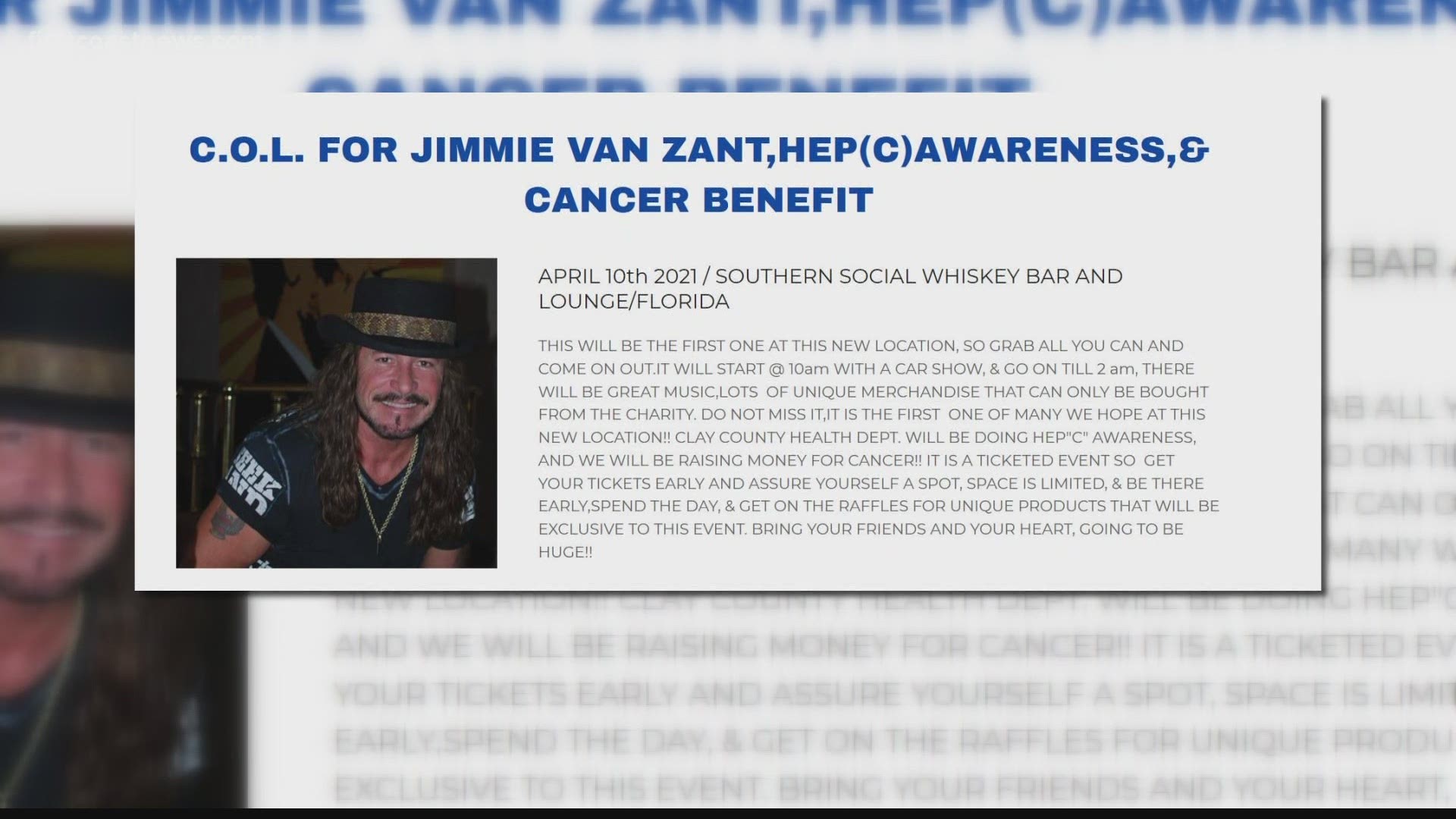 ORANGE PARK, Fla. — It was a frightening Friday morning surprise. Joey Nichols noticed his white trailer, which had been parked outside of his Orange Park hotel room, disappeared along with $12,000 worth of contents.

"It was sitting right there by our room window.  You could have reached out and touched it.  I don't know how they slipped up in there and got it, but they did," he said.

Nichols was on his way to the Jimmie Van Zant Cancer Benefit in Middleburg Saturday with a group of other organizers who are raising money for their cancer charity.

They say auction items, t-shirts and prizes were stolen while they were sleeping.

The cancer benefit is named after Jimmie Van Zant, a cousin of the band members of Lynyrd Skynyrd. Jimmie died in 2016 and the non-profit named after him raises money to financially support cancer patients.

"We've had power companies that turned off a guy's power and him bedridden in hospice care over a $78 power bill. I mean, it's sad," Nichols said.