Campaign to reduce infant mortality in Duval County kicks off

In Duval County, the premature birth rate is more than 11%. That's the highest among Florida's large counties. 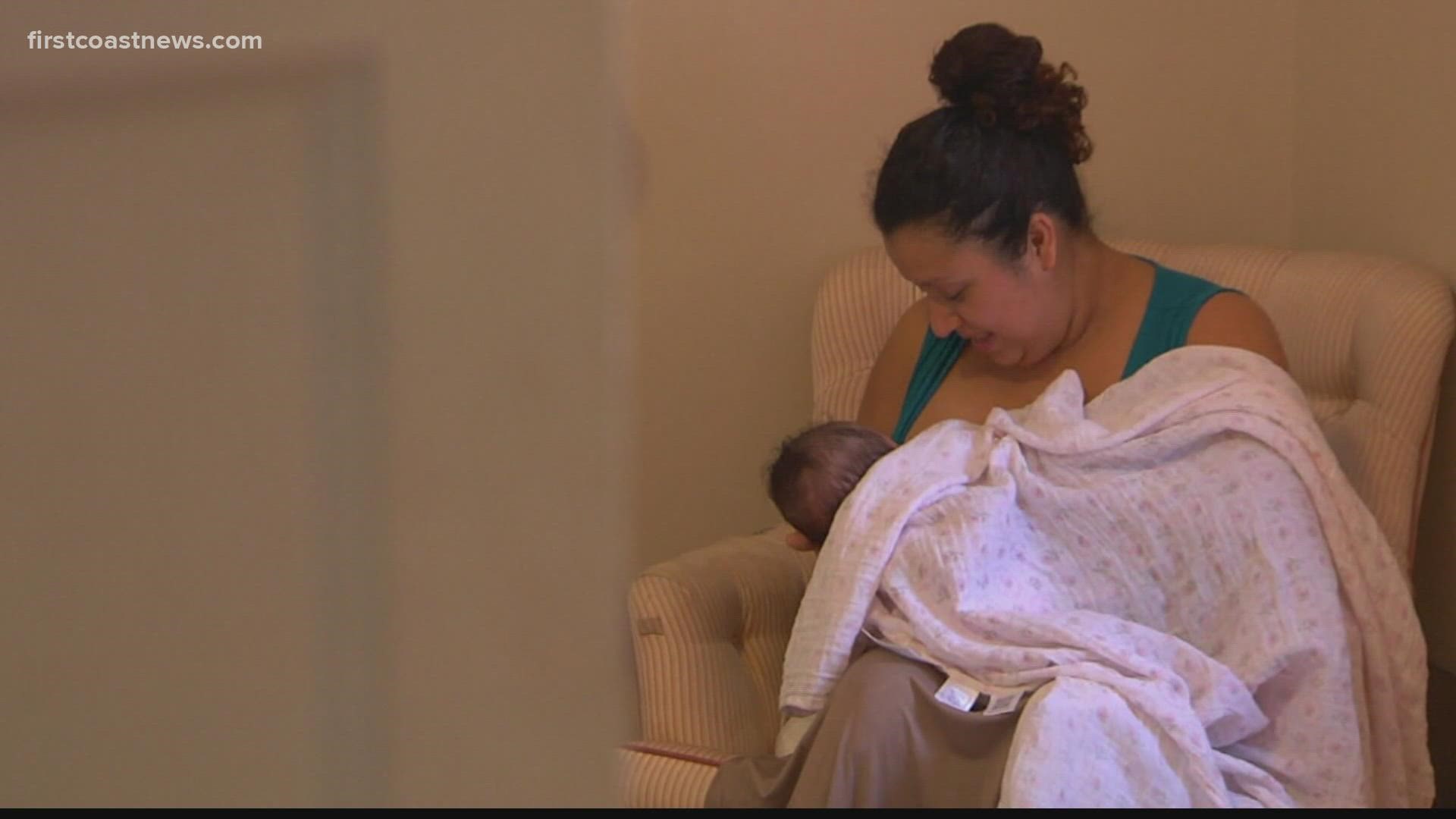 JACKSONVILLE, Fla. — Black babies are almost three times more likely to die before their first birthday, and in Duval County, the premature birth rate is more than 11%. That's the highest among Florida's large counties.

Local leaders and the community held a press conference Wednesday at City Hall for the start of National Infant Mortality Month.

"I was having nightmares. I had trouble sleeping. I had very disturbing low thoughts and low mood," Dr. Tiffanie Williams said.

Those emotions came after Dr. Tiffanie Williams' son was stillborn 20 weeks into her pregnancy.

"I avidly went to therapy to address my loss, and I also had a very supportive family," Williams said.

Now Williams is trying to help other women by sharing her story and serving on the board of the Northeast Florida Healthy Start Coalition.

"We are definitely championing legislation to make sure the moms in our community are getting the services they need," Williams said.

"I will be filing a bill around paid family leave, and what that will do if passed, it will allow women to take some time off after they have given birth," Nixon said.

The two other goals of the “Make a Noise! Make a Difference! Healthy Women Lead Healthy Families” campaign are to increase education and hold more community events for moms and their babies.

Mothers are encouraged to come out for a community baby shower on September 25 from 9 a.m. to 12 p.m.

"We'll be at the Pearl Street Plaza where the Magnolia Office Project is. It's a free event. It's a drive-through event. We'll be providing education resources and food to any participant that comes through," Fla. Rep. Tracie Davis (D-Duval) said.

The organization says the 32209 and 32210 zip codes, mostly all in northeast Jacksonville, have the highest numbers of infant mortality. The group hopes gathering and organizing in City Hall can make a difference.

"My story isn't like most women where they just have their loss and then go about their day as if nothing happened," Williams said.

The Healthy Start Coalition hopes to reduce infant mortality through education, legislation, and community events. They say northwest Jacksonville, particularly in communities of color, has some of the highest numbers of infant deaths. More on @FCN2go. pic.twitter.com/lCyV1vBbQD

Going on now.. press conference on steps to reduce infant mortality in Duval County and improve health at City Hall. I'll have the perspective of a woman who lost her baby tonight on @FCN2go. pic.twitter.com/ALSKcFycfn