Bud Light truck catches on fire, shuts down SB lanes of I-95 near the Avenues Mall

"No beer was hurt in this incident." - JFRD. 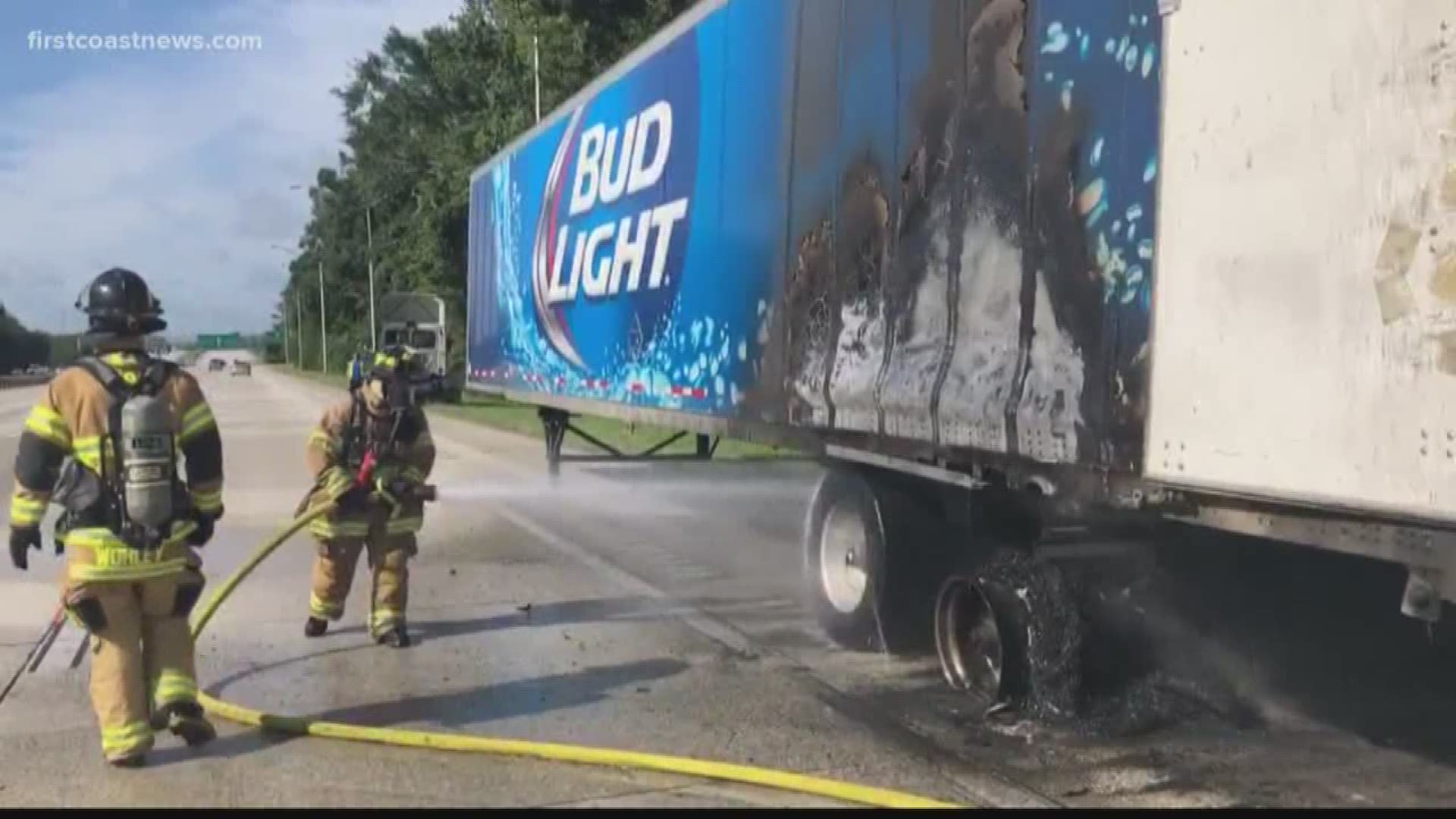 A semi-truck carrying Bud Light caught on fire Monday morning while it was driving along the southbound lanes of Interstate 95.

Around 9:50 a.m., JFRD tweeted that the fire shut down all but one southbound lane of I-95 near the Philips Highway exit, which caused traffic delays all the way to Baymeadows.

Traffic is backed up all the way to Baymeadows.

In a tweet, JFRD showed its fire crews spraying down the tires of the truck. It also said no cargo was destroyed.

Good news beer fans! No beer was hurt in this incident.... pic.twitter.com/23kN86aDqI