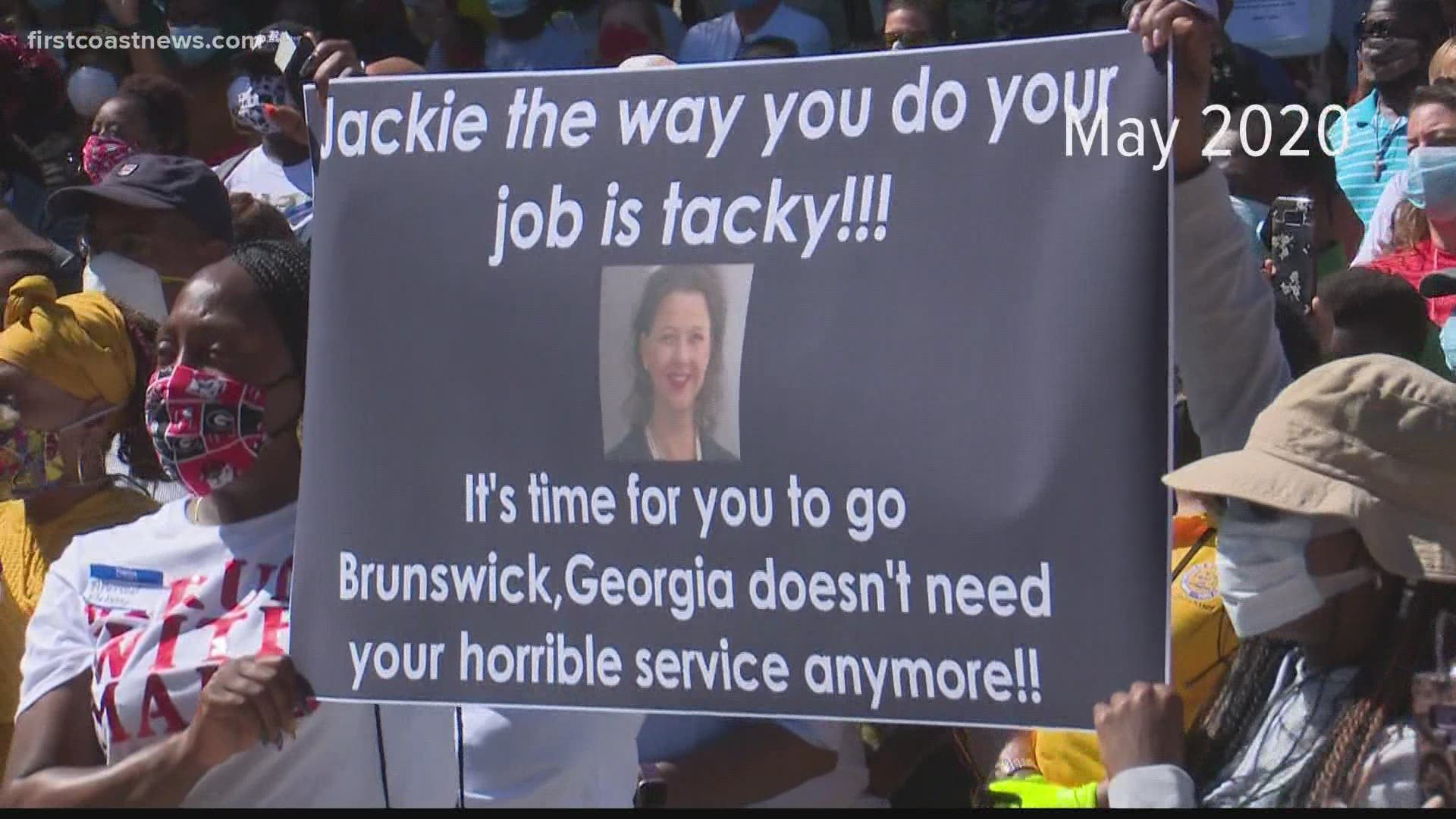 BRUNSWICK, Ga. — A district attorney accused of mishandling a high-profile murder case was voted out of office.

Brunswick District Attorney Jackie Johnson, who was initially assigned to the case of Ahmaud Arbery, was defeated in Tuesday’s election by independent candidate Keith Higgins

Ahmaud Arbery’s family says it’s just one step in getting justice for his death.

Glynn County is where Higgins got the most votes for district attorney throughout the entire Brunswick Judicial Circuit, which includes Brunswick and four surrounding counties.

Ahmaud Arbery’s family says they are more than happy with the result.

“I’m still down and hurt because my son is gone and he ain’t coming back,” Marcus Arbery Sr., his father, told First Coast News.

Arbery’s family is still feeling mixed emotions about the case.

They think Jackie Johnson should’ve done something when he was shot and killed.

Johnson recused herself after learning Greg McMichael, a former investigator in her office was a suspect in Ahmaud Arbery’s death.

The Georgia Bureau of Investigation is investigating Johnson for her actions, although she has previously stated this week her office acted appropriately.

After a video of Ahmaud Arbery’s death was released in May, Higgins, a candidate who launched his campaign in August 2019 got thousands of signatures to get on the ballot.

“The community started looking around for ways to affect positive change in the criminal justice system. They realized I was running and looked to me as a way of making changes that needed to be changed,” Higgins told First Coast News. “I’m very grateful to everyone who came out and supported me and because of that I feel very humbled. I’m very humbled and I have a sense of responsibility to fulfill the hopes and the promise they placed in me."

Higgins says Jackie Johnson called him Wednesday morning to congratulate him. Higgins says she is allowing him to bring a transition team in before he takes office in January 2021.

Johnson's office tells First Coast News she did not want to comment on the election outcome.

Higgins says he plans to reduce “costly delays” in the criminal justice system and also hold monthly meetings with constituents to be more transparent once he’s elected.

Arbery’s aunt, Thea Brooks says she is optimistic about change.

“I strongly believe Mr. Higgins is not going to treat us any different because of the color of our skin,” Brooks said.

Arbery’s father says he is grateful for the support they’ve received in the past several months. They hope to get it again next week when the suspect in Arbery’s death has a bond hearing on Nov. 12.