Brooklyn neighborhood residents are feeling united in their concern for Unity Plaza and want something done about trash building up in the pond and vacant spaces. 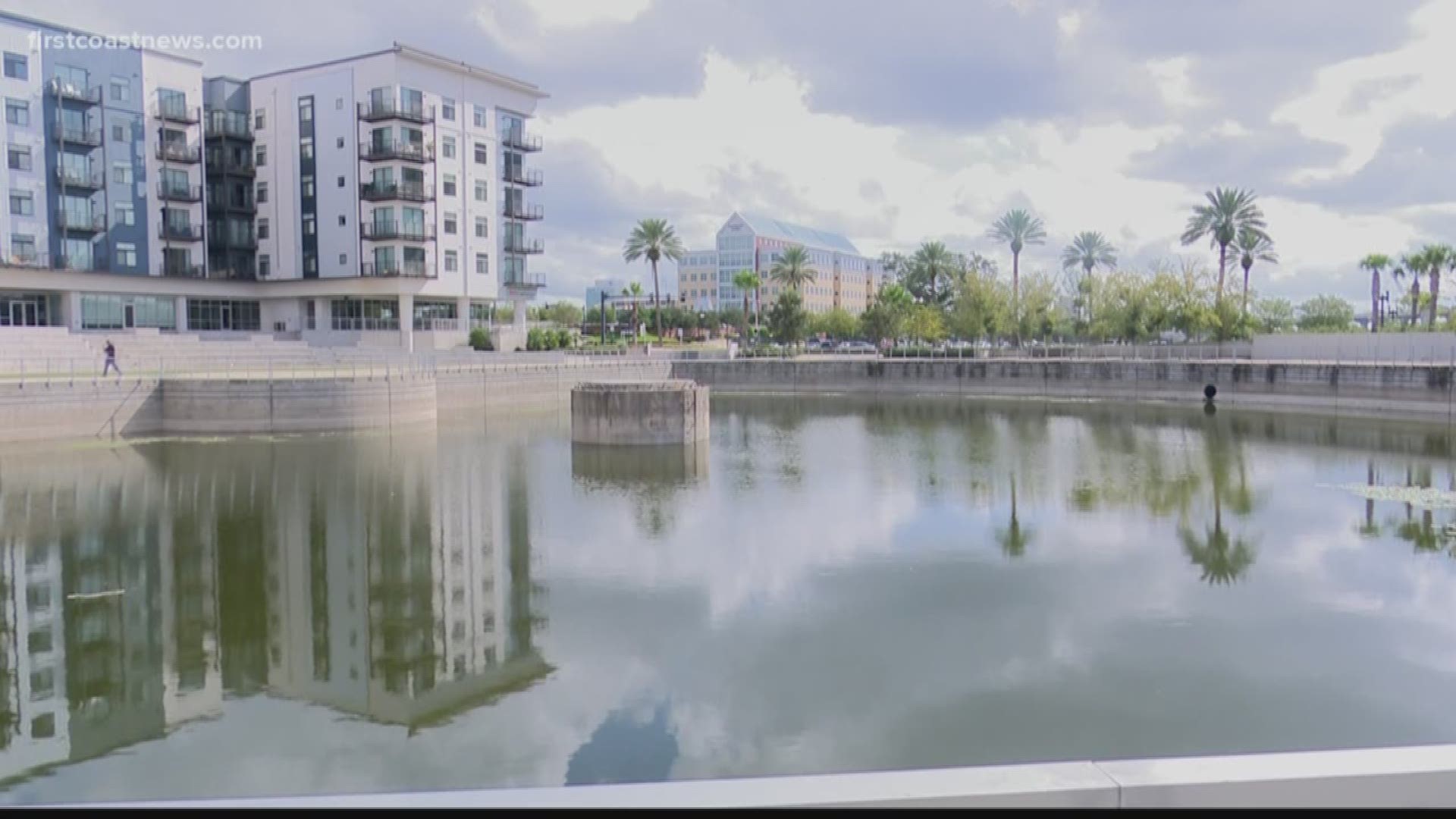 Fountain or trash can?

Folks in the Brooklyn neighborhood of Jacksonville are feeling united in their concern for Unity Plaza and want something done about trash building up in the pond as well as vacant retail space nearby.

The plaza opened officially in 2016 and has been called an eyesore lately by people who live and work nearby.

“The main reason I chose to move to this area was because of this great view,” Brooklyn resident Lee Gwozdz said.

Once envisioned as the Central Park of Jacksonville – the sight of trash piling-up and a fountain that remains off does not exactly capture the grandeur some had in mind.

“It was sad when it was down, started worrying that it was going to start to smell,” nearby resident Ryan Kelley said.

The property is split between the pond and the retail space. The On Your Side Team dug through property records and found the space is owned by Unity Plaza LLC. Jacksonville-based NAI Hallmark IS listed as the registered agent.

A representative of the company is looking into our questions about cleaning the debris from the pond and why the fountain has been off. Not just the view, but empty shops as well are concerning residents.

Tennessee-based Mid-America Apartments LP paid $3.3 million for the four retail units on the first floor of 220 Riverside back in August of 2019.

Plans for what comes next are still in the works. Calls to the property managers were not immediately returned. In the meantime, the people who take in the views daily said things need to be different.

“It has to change or else they’re going to lose people here,” Brenner said.

The Downtown Investment Authority was not available for comment by our deadline about potential developments and businesses planned for the area.