"There was clearly an excessive use of force," according to Atlanta Mayor Keisha Lance Bottoms. 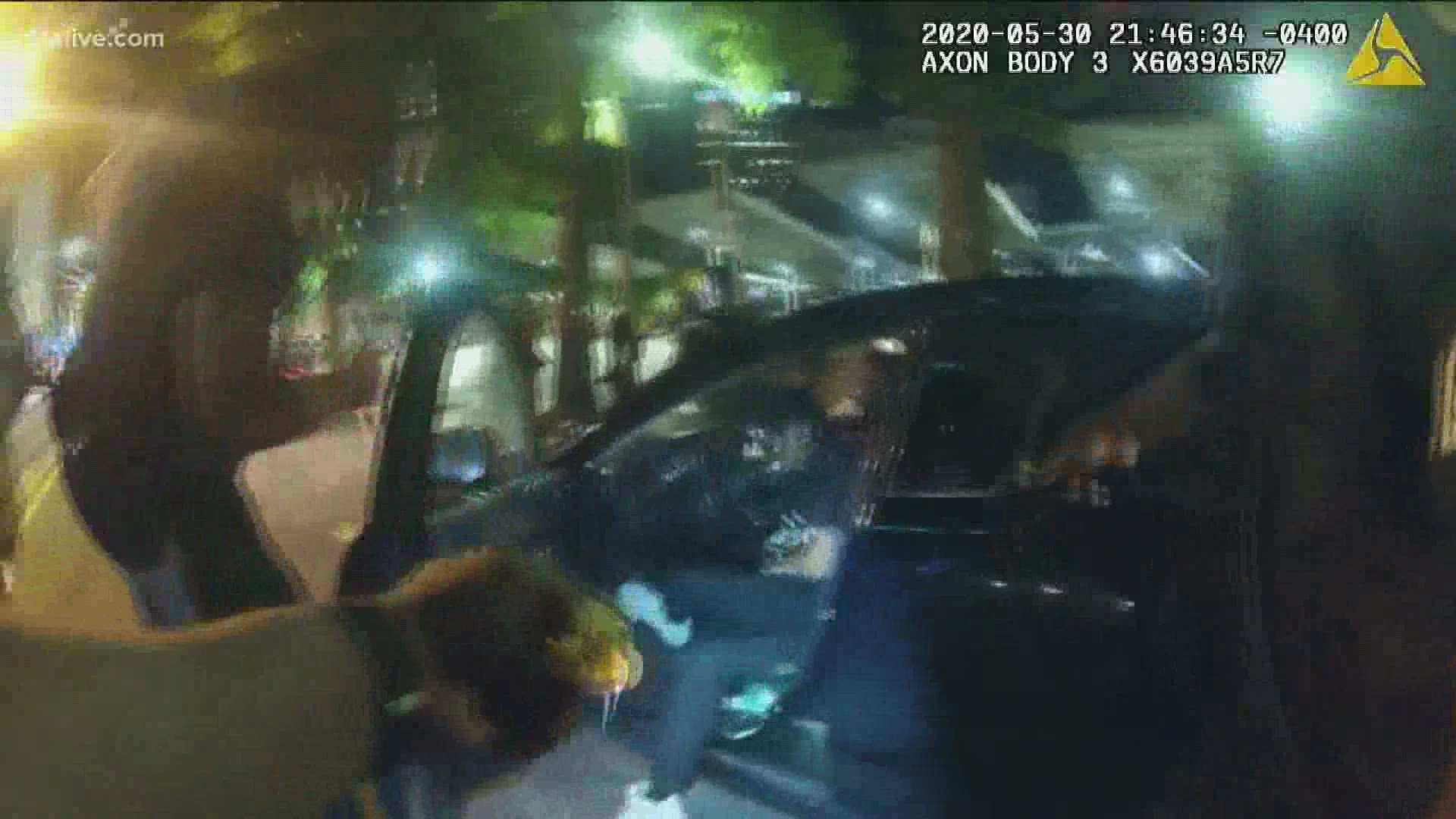 ATLANTA — Two Atlanta Police officers have been fired and several others are on desk duty after videos showed the concerning arrests of two college students amidst protests in Atlanta Saturday night.

Investigators Ivory Streeter and Mark Garder were both let go from the department following the arrests, which drew scrutiny online after a video was posted to social media.

It was around 9:30 p.m. Saturday when Atlanta Police officers were seen on video pulling a young man and woman out of a car.

An officer at the scene - who was in Atlanta Police gear - told 11Alive crews on the scene that officers signaled the car to stop because another officer was in the road. The officer said when the driver didn't comply, police surrounded the car.

That same officer alleges the driver reached for something in or near his pocket. The passenger - the officer said - was told to get out of the car. He alleges that she didn't comply, and that's when they forced their way in. The driver was tased, and both were arrested.

After the video, which 11Alive's cameras also captured, was shared online, Atlanta Mayor Keisha Lance Bottoms said she saw it and was immediately concerned. She called the video "deeply disturbing on many levels."

"There was clearly an excessive use of force," she said during the briefing.

While both Bottoms and Atlanta Police Chief Erika Shields said they understand that the officers were under a great amount of stress during the second night of intense protesting, it was no excuse.

"That does not relieve us of our responsibilities, and we have a responsibility when we handle any incident not to escalate the incident or cause further harm," Chief Shields said.

Shields said she had hoped that reviewing the footage would have offered some context as to how the situation escalated so quickly, but the chief said she didn't see anything that would justify the officers' actions.

"Having spent most of the afternoon with the mayor reviewing the footage, I knew I only had one option, and that was to terminate the officers," she added.

Credit: Atlanta Police Department
Investigator Ivory Streeter (L) and Investigator Mark Gardner (R) were fired from the department for excessive force after video showed them pulling them from a car during Saturday night protests in Atlanta.

Meanwhile, three other officers will remain on desk duty until Bottoms said officials could make a further determination on what disciplinary actions would be taken.

Below are varying views of the arrests from multiple body cameras.

Live | Curfew in effect, as third night of protests unfold in Atlanta

Volunteers step up to clean-up damage at Atlanta Children's Museum