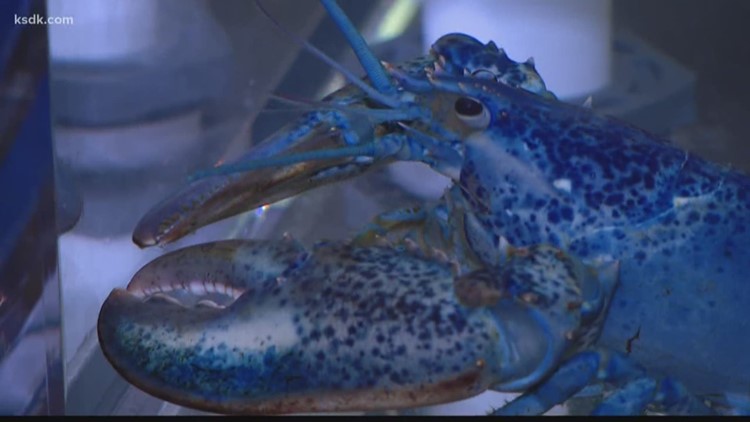 Blue lobster donated to St. Louis Aquarium gets a name fit for a champion

That's the new name for the rare, "one in two million", blue lobster donated to the St. Louis Aquarium.

Nearly 6,000 people voted on a name for the lobster, and "Lord Stanley" was the winner.

The Stanley Cup, named after former Governor General of Canada, Lord Stanley of Preston, is awarded to the champion of the National Hockey League at the end of every postseason.

In 2019, the St. Louis Blues brought home the Stanley Cup for the first time in franchise history.

Arnold's Lobster and Clam Bar on Cape Cod originally ended up with Lord Stanley the Lobster, but decided to donate it to the new St. Louis Aquarium in honor of the Blues' historic win.

Since then, the little guy has had quite the journey to get to St. Louis.

The St. Louis Aquarium is slated to open some time near the end of 2019.

RELATED: A first look inside the new St. Louis Aquarium at Union Station

RELATED: Construction on aquarium at Union Station to start soon