Michelle Fudge of Jacksonville almost bled to death from placenta accreta, a rare condition in which the placenta attaches too deeply into the uterine wall. 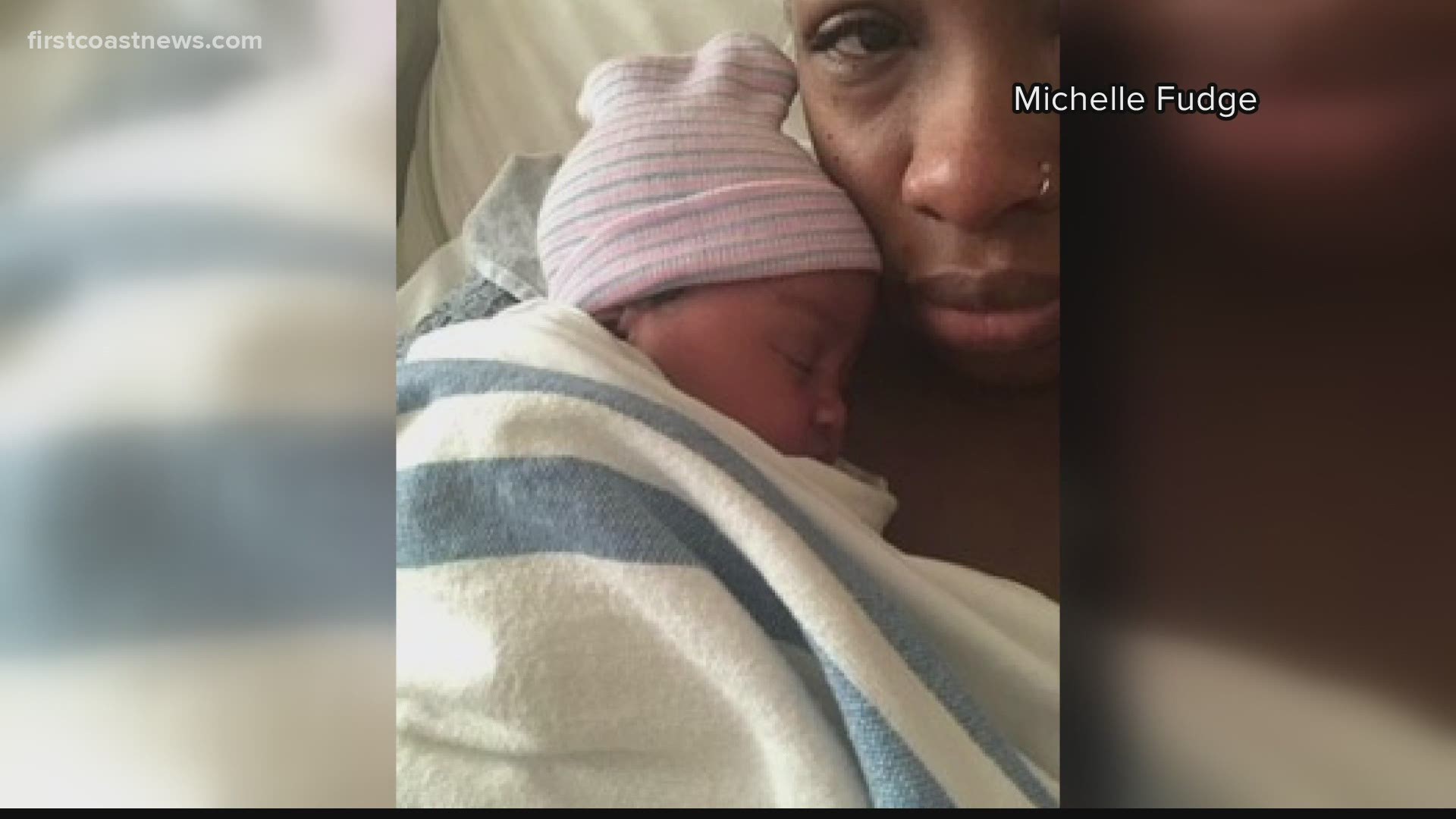 Black women die during pregnancy or childbirth at two to three times the rate of white women, and for Black women 30 and older, it increases to four to five times, according to the U.S. Centers for Disease Control and Prevention.

A local doctor thinks this could possibly be due to genetics and differences in access to healthcare.

Michelle Fudge gave birth to a beautiful baby girl at Baptist Medical Center South in November 2020, and little did she know that would leave her fighting for her life.

“The pregnancy was just so normal," Fudge said.

“At Michelle’s delivery, everything seemed to be going as expected for delivery. It was a pre-term delivery," said Dr. Nikita Wilkes, an OB-GYN at SRB and Baptist Health.

Fudge gave birth to her daughter Emeri five weeks early. The mother and baby seemed well immediately after delivery, and then Dr. Wilkes noticed something.

“The placenta did not want to release from the uterus," Wilkes said.

“She was explaining it wasn’t delivering and that she was going to have to try some different things, letting me know what was going to happen next, and at that point, they proceeded to do the D&C," Fudge said.

Fudge had placenta accreta, a rare condition in only 0.02% of pregnancies where the placenta attaches too deeply into the uterine wall.

“My husband started to notice that there was an increase in the amount of blood that was present," Fudge said.

Fudge noticed the look of worry on her husband's face. She said the former NFL player is normally calm and stoic, so she knew something was wrong.

“As I was in and out of consciousness, I was letting them know, ‘I feel faint. Something doesn’t feel right. I feel like I have to vomit,’” Fudge said.

Dr. Wilkes tried manually contracting Fudge's uterus with a balloon and massage, but that didn't work.

“We went and proceeded to a hysterectomy, which then relieved her bleeding and her problems," Wilkes said.

Doctors performed the emergency hysterectomy and gave Fudge eight pints of blood to replace what she had lost. A normal person carries 10.5 pints of blood.

Fudge has a message for other women to be your own advocate with your medical team.

“You have no idea how strong you are until you have to be," Fudge said.

Fudge went back to work after four months. She enjoys spending lots of quality time with her husband and three kids after giving birth in the midst of the COVID-19 pandemic and living through her near-death experience.

The @CDCgov reports Black women are 2-3 times more likely to die from complications of #pregnancy and childbirth. Michelle Fudge almost lost her life due to a placenta accreta. I'll have her story & the emergency procedure at @BaptistHealthJx South live at 5:30 p.m. on @FCN2go. pic.twitter.com/VYV4H8XTzl