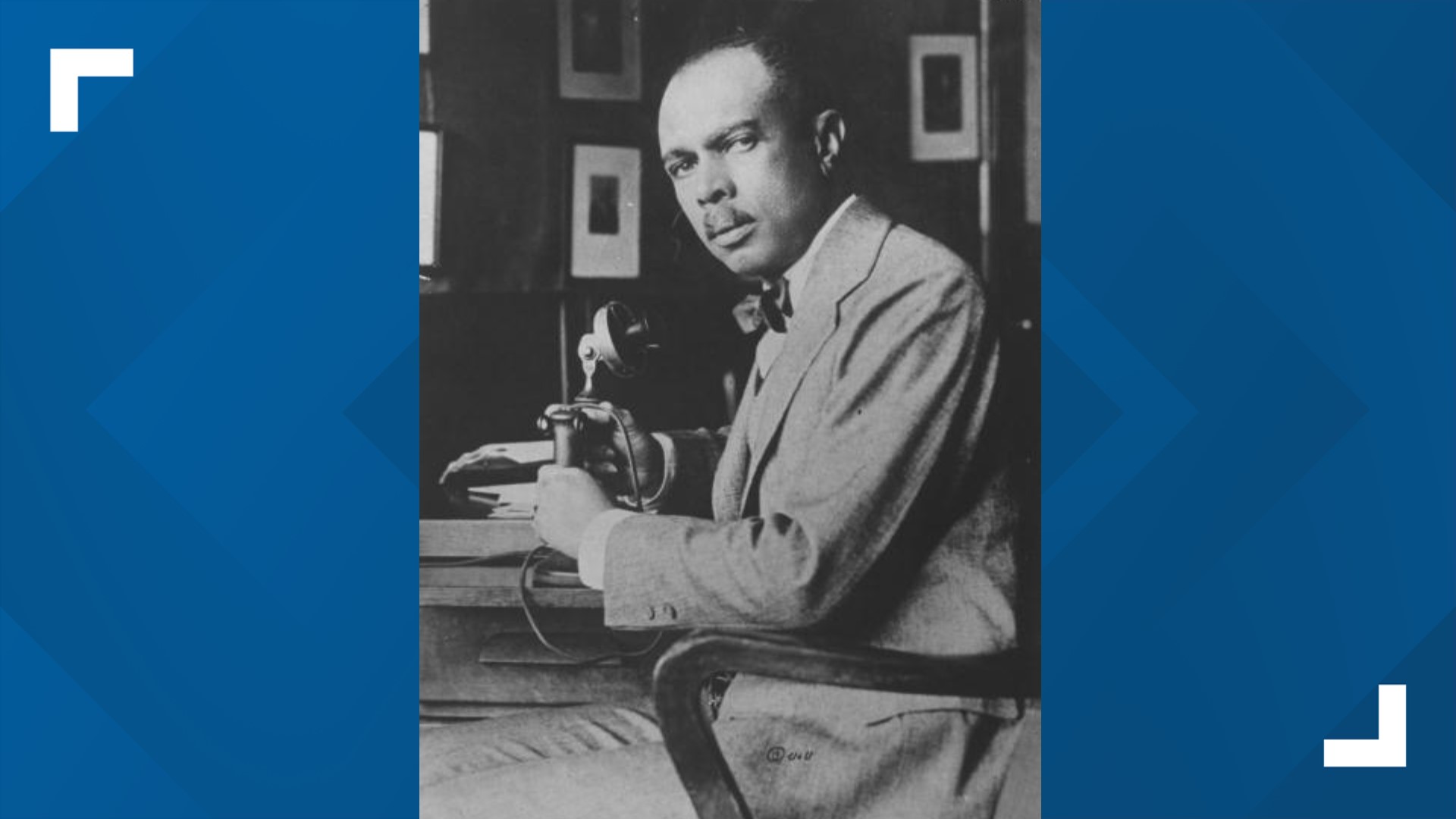 JACKSONVILLE, Fla. — The Jacksonville native who penned the iconic song now known as the Black National Anthem was born on this day 150 years ago.

James Weldon Johnson was born June 17, 1871, and raised in LaVilla. Now, his legacy is celebrated across Jacksonville, with one park in Downtown bearing his name, and another planned to be named "Lift Ev'ry Voice and Sing" Park.

Thursday from 11 a.m. to 2 p.m., James Weldon Johnson Park is hosting a birthday celebration for Johnson, complete with food trucks, live music from The Groove Coalition and sweet treats including birthday cake from DoughMeeka's Kitchen.

Jacksonville City Council members renamed Hemming Park after Johnson last August, removing the name of Civil War veteran Charles Hemming, who donated a Confederate monument to the city. The Confederate soldier statue that once stood on top of the monument was also removed last summer, along with a promise from Mayor Lenny Curry's administration to remove all of the city's Confederate monuments.

Downtown Vision, Inc., shared the following information about Johnson's life story and how it is interwoven into the history of Jacksonville:

"Who was James Weldon Johnson? Johnson was a LaVilla native whose accomplishments know no bounds. Johnson co-wrote the iconic song, "Lift Ev’ry Voice and Sing," which is now known as the Black National Anthem. He was Florida’s first African American lawyer after Reconstruction, the principal of Stanton, which he converted into Florida’s first black public high school, a U.S. Consul to Venezuela and Nicaragua, the first African American head of the NAACP, and a respected university professor.⁣⁣"

RELATED: 'Lift Every Voice and Sing': The history of the Black national anthem