Four Freedom Riders discuss their work in desegregating the South

They recalled their time during the early 60s while integrating Southern restaurants. 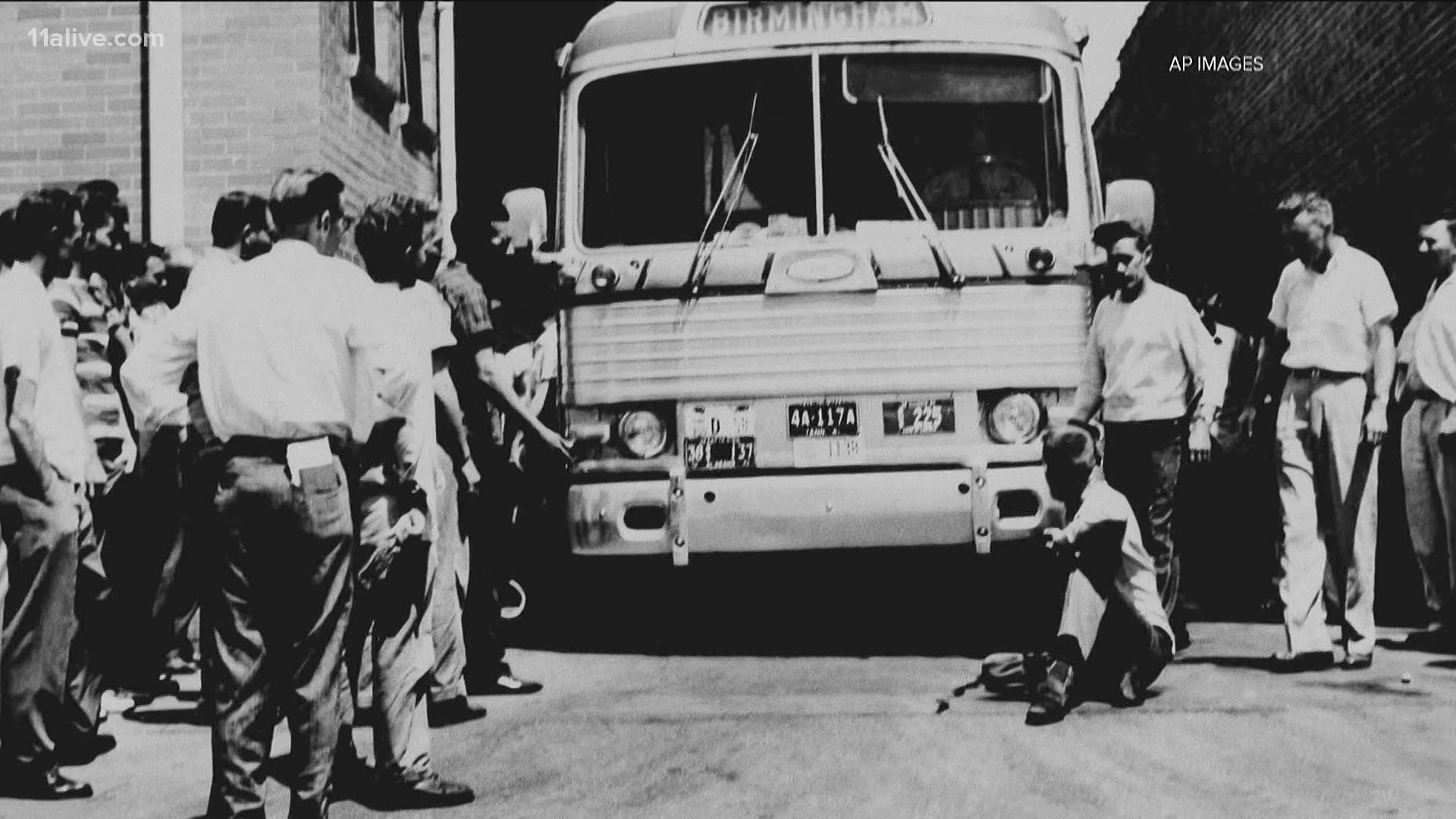 ATLANTA — As with many stories, this story started with a conversation. In particular, a conversation on Zoom with Civil Rights icons about a fund that the Joan Trumpauer Mulholland Foundation and other organizations were starting in order to help Civil Rights activists who were financially affected by the pandemic.

"In addition to health hardships, COVID prevented many activists from traveling the country for paid speaking engagements. For some, it's a bulk of their income," said Loki Mulholland, the foundation's executive director.

While discussing the challenges, the conversation turned to some of the Civil Rights figures recalling their time as Freedom Riders during the early 1960s, while integrating Southern restaurants.

"Someone may spit on you. They might throw condiments on you, they might even put a cigarette out on you," said Charles Person. "But that was the extent of all we thought they might do."

Person joined the Freedom Riders when he was 18 years old.

"What do you remember about that day?" asked 11Alive's La'Tasha Givens.

"All we knew was, we were told that the bus was set on fire, and our friends were on that bus," he said.

"And the group that burned the bus followed them to the hospital and even threatened to burn the hospital down," Person said.

Joan Trumpauer Mulholland was only supposed to be a "spotter," blending in with the crowd.

"Then, came the sit-in at Woolworth in '63. I was not supposed to be part of it," she said. "We had dimes in our pocket to call Medgar Evers' office if they were arrested or beaten up or whatever, to keep them posted. We decided to go on down and see what was happening at Woolworth, about a block down the street. And when we got there, it was like all hell was breaking loose."

Pictures from that day are seared in American history, showing the attacks -- starting inside with sugar and other condiments being dumped on them -- to being beaten outside.

"Were you ever afraid during those times?" Givens asked.

"No, fear will paralyze you," Mulholland replied. "But, we thought we were going to get killed and it became like an out-of-body experience."

"I wasn't taken to the jail," Watkins said. "I was taken to the state prison and put in a cell with two inmates who were there for murder."

RELATED: The legendary real people behind some of Atlanta's street names

He said he was arrested two hours into his first Freedom Rider meeting in Jackson, Miss. It was a meeting, he said he stumbled into by accident at the age of 13.

"I was in there (the prison cell) for five days, and those five days were like five months," Watkins said.

During those five days, he said, his family searched for him. Ultimately, the police told them he was dead.

"A lot of stuff happened in those five days that I can never forget for the rest of my life," he said.

Watkins said he was placed in the same cell as two convicted murderers who assaulted him the entire time.

It was only two years ago that he finally spoke about those five days of abuse that he had suffered. In the years since, he had never told anyone -- not his wife, not his children, not a single soul.

"Did that change who you were?" Givens asked him.

"Yes, ma'am," Watkins replied. "It's something that traumatized me that never did come out of my system. I was never able to release the trauma that was inflicted on me."

As Freedom Riders were getting bailed out of jail, deputies called Watkins' mother to come get him.

"She thought she was going to the jail to identify my remains," he said.

But, to her surprise, her 13-year-old son was alive.

"When she walked in, I was handcuffed, hands behind my back, and I was standing against a wall," Watkins said. "And when she opened the door, and she spotted me, she began screaming."

RELATED: 'It never dawned on us not to': Black restaurant owners discuss thriving in Atlanta, representing in 2021

At 16 years old, Luvagn Brown joined the Freedom Riders to help put an end to voting tests and poll taxes.

"At that point, we became dangerous people to the establishment, because with voting comes power," Brown said.

Brown recalled having to escape a home that he and other Freedom Riders were staying in when it was surrounded by police.

"Police came, and pretty son after that, the Klan came," Brown said. "What we did was we climbed on top of the roof next door and sort of shimmied down or jumped down from a telephone pole."

"During this time, did you realize you were making American history, and that because of your actions, laws and lives were changed forever?" Givens asked.

Givens also asked the Freedom Riders their thoughts on the events of the past year.

"When you think about all the hard work that you did, the blood, the sweat, the tears, being arrested, being mistreated, being spat on, and everything else, to have so much change in America, to fast forward to this year -- with so much divide, racially, politically, economically, what does that do to you?" Givens asked the entire group.

"In some ways, we're fighting the same battle," Brown said.

"After Mr. Floyd was murdered in front of our eyes, I was so upset," Person said. "I think we feel powerless because there are things you want to do but you’re unable to get out and do them."

We also talked about the differences between activism then versus now.

"They want to change things, they're just not quite sure how to go about it," Brown said.

"We never did anything at night -- why? Because at night, anyone can infiltrate your movement and they can cause havoc," Person said.

"What advice would you give young activists today?" Givens asked.

"Be clear about your goals, your main objectives," said Mulholland. "Have those stated up-front and a solution to them. And you have to think about how you want to solve them. I was involved in two of the cases that lead to the Supreme Court's decisions."

"We have got to move protests from the streets into the boardrooms, into the executive suites and the mayors and governors throughout the country because they are the decision-makers," Brown said.

We asked their thoughts about losing other icons.

"When you start losing people like C.T. Vivian, Wyatt T Walker, John Lewis -- all those guys," Brown said. "You realize time is passing."

Bill Harbour also died last year. He was a cellmate of John Lewis, and he led the Freedom Riders in Montgomery.