They are making a big investment to create economic mobility in the Black community. 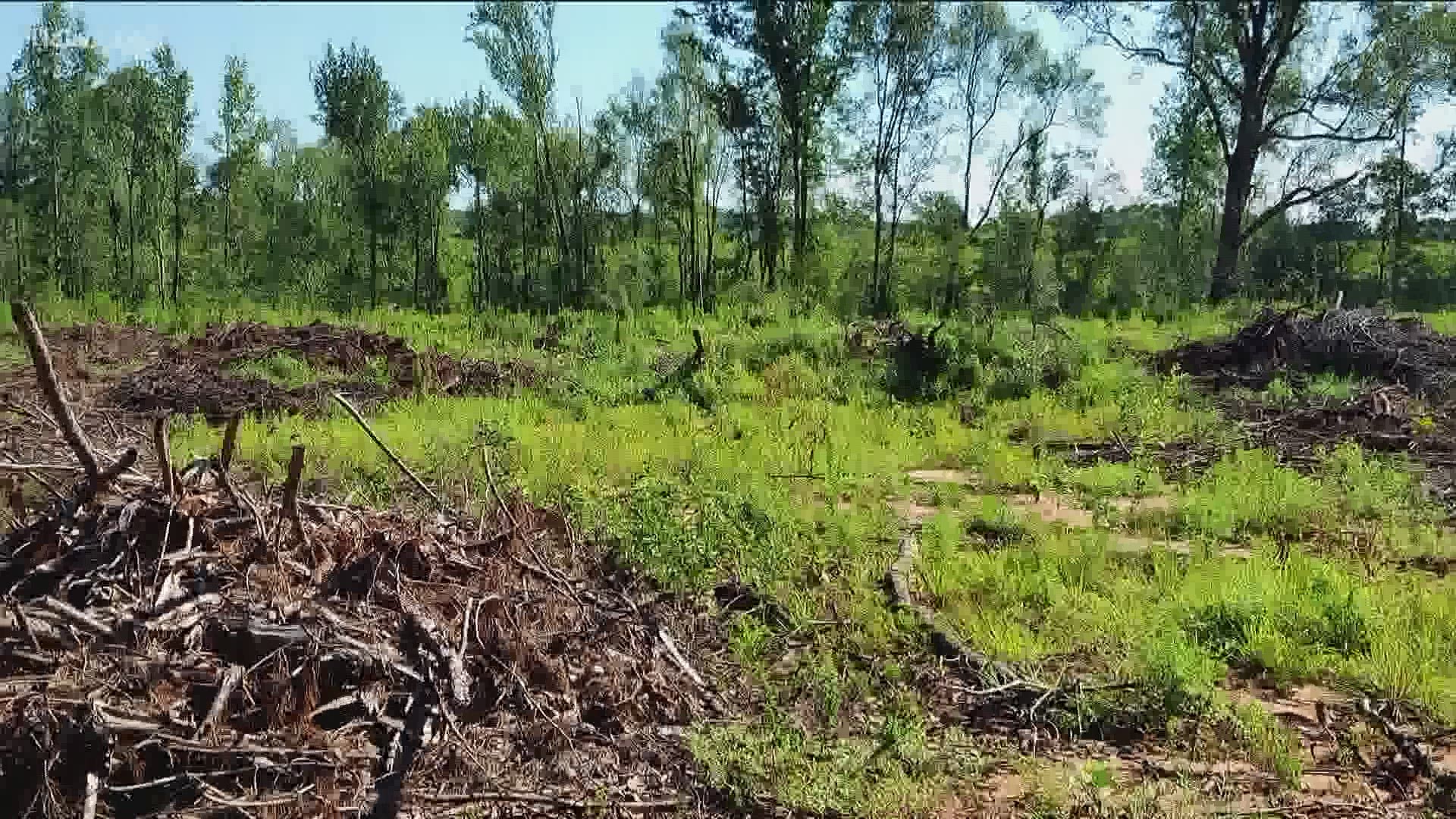 TOOMSBORO, Ga. — As voices of a growing movement around the country could not be silenced after the deaths of George Floyd, Breonna Taylor, Ahmaud Arbery, two women decided to take a unique approach to bring change.

They are making a big investment to create economic mobility in the Black community.

"It just kind of sparked something inside us to do something," said Renee Walters.

She was among the crowd, shouting for change. Now she’s turning her protest into building wealth in the Black community.

"We’ve done the Facebook activism, protesting, sign the petition, everything. That’s not working for us. So it’s time for us to action, action, action," said Walters while sitting next to her friend, Ashley Scott.

The two teamed up with 17 other families to buy more than 96 acres near Toomsboro, Georgia - about two hours outside Atlanta.

"This is our answer to breaking generational curses," said Scott who is also a real estate agent.

Their inspiration was  “Black Wall Street” – a self-sustaining Black community in Tulsa, Oklahoma back in the 1920s. The friends wanted to create a place to build generational wealth that can be a safe haven for other Black families.

"We’re planning on recycling our Black dollar between the 19 families that are a part of our organization, that’s really what Black Wall Street was about it was about that local economy, that hyper-local economy where the dollar continuously circulated before it exited," said Scott.

The Brookings Institute reports the wealth of White families is nearly 10 times greater than black families.

The group of families, now called The Freedom Georgia Initiative, have a lot of ideas for the land that used to be a lumber farm. But, they plan to take their time to create the refuge and change they want to see.

"We can’t wait for anyone to do anything for us to come save us. It starts with us," said Walters.

The Georgia Freedom Initiative plans to start development in the next three to four months. Eventually, they want to change the name of the town to Freedom, Georgia.