In the video captured by their Nest camera, you can see the woman take the couple's "welcome" sign and kick their potted plants. 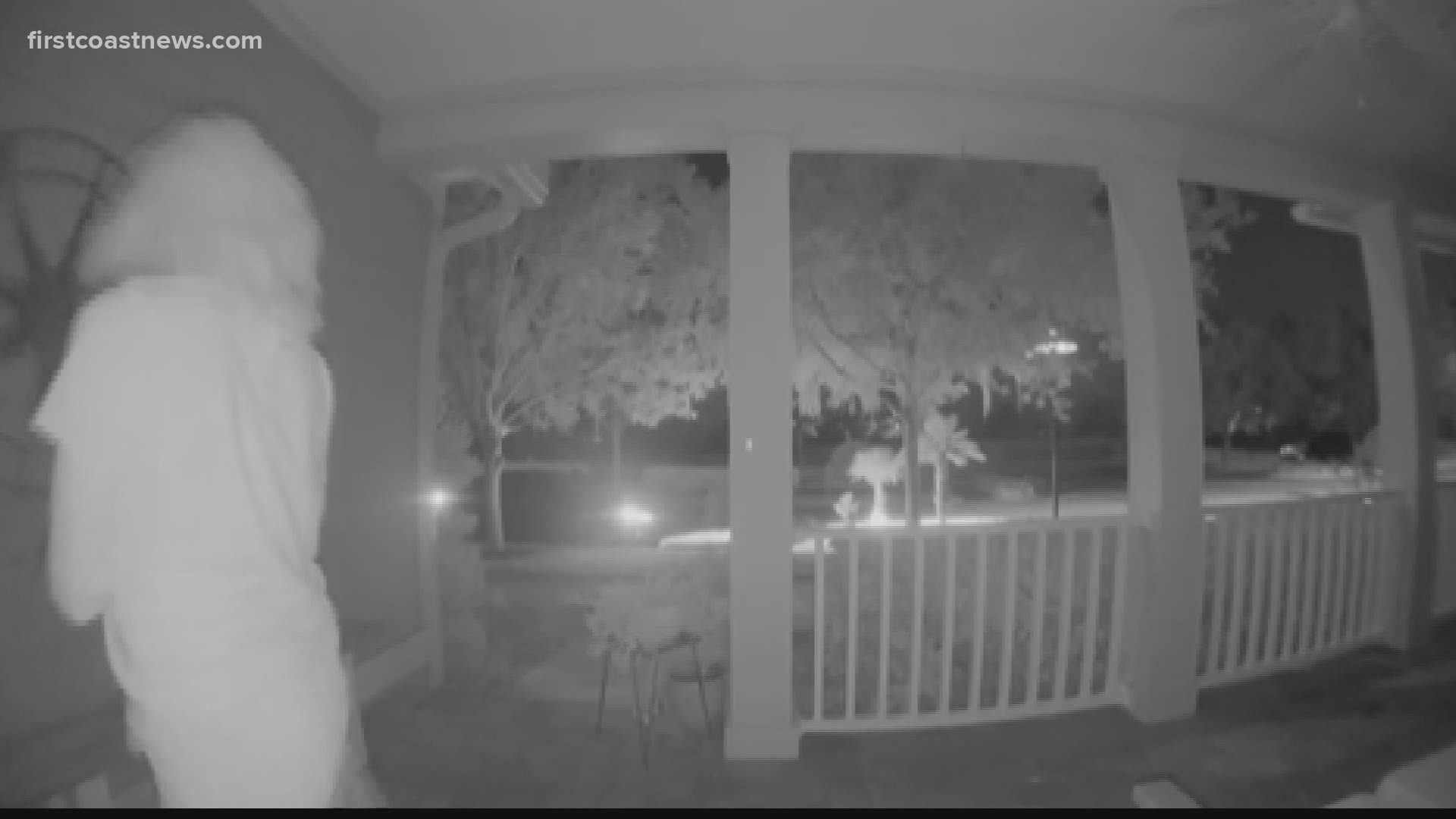 ST. JOHNS COUNTY, Fla. — A St. Johns County couple's doorbell camera early Sunday morning captured a woman who rolled up to their home and started making a mess on the front porch.

"She tried to tear down our compass, which I've had for 10 years," Ian Faulkner said.

Faulkner and his wife, Charlotte, said they have no idea who the woman is, but apparently she wasn't happy with what was at the front door of their RiverTown home.

In the video captured by their Nest camera, you can see the woman take their "welcome" sign and then kick their potted plants.

"[The pots] are not lightweight by any means, so she might be feeling the effects of that," Faulkner added.

When the woman was done damaging their property, she walked to her car and that's when she heard the couple's dog, Millie, barking.

"When the lady heard that Millie was barking, she started some cursing," Faulkner explained.

After screaming a few choice words, the woman jumped in her car and sped off.

"I was scared," Faulkner said. "You don't expect to see something like that on your front porch."

Faulkner said he still feels safe in his neighborhood. He just wants to know who the woman is, so she can get some help.

"I don't know if it's some sort of addiction or what it is, but it was apparent that she was under the influence of something," he said.

The Faulkners' contacted the St. Johns County Sheriff's Office and filed a report. If you recognize the woman or know what happened, contact the sheriff's office.