Some state representatives say the bucket of money for affordable housing "should never be a game" when federal funding can address other issues. 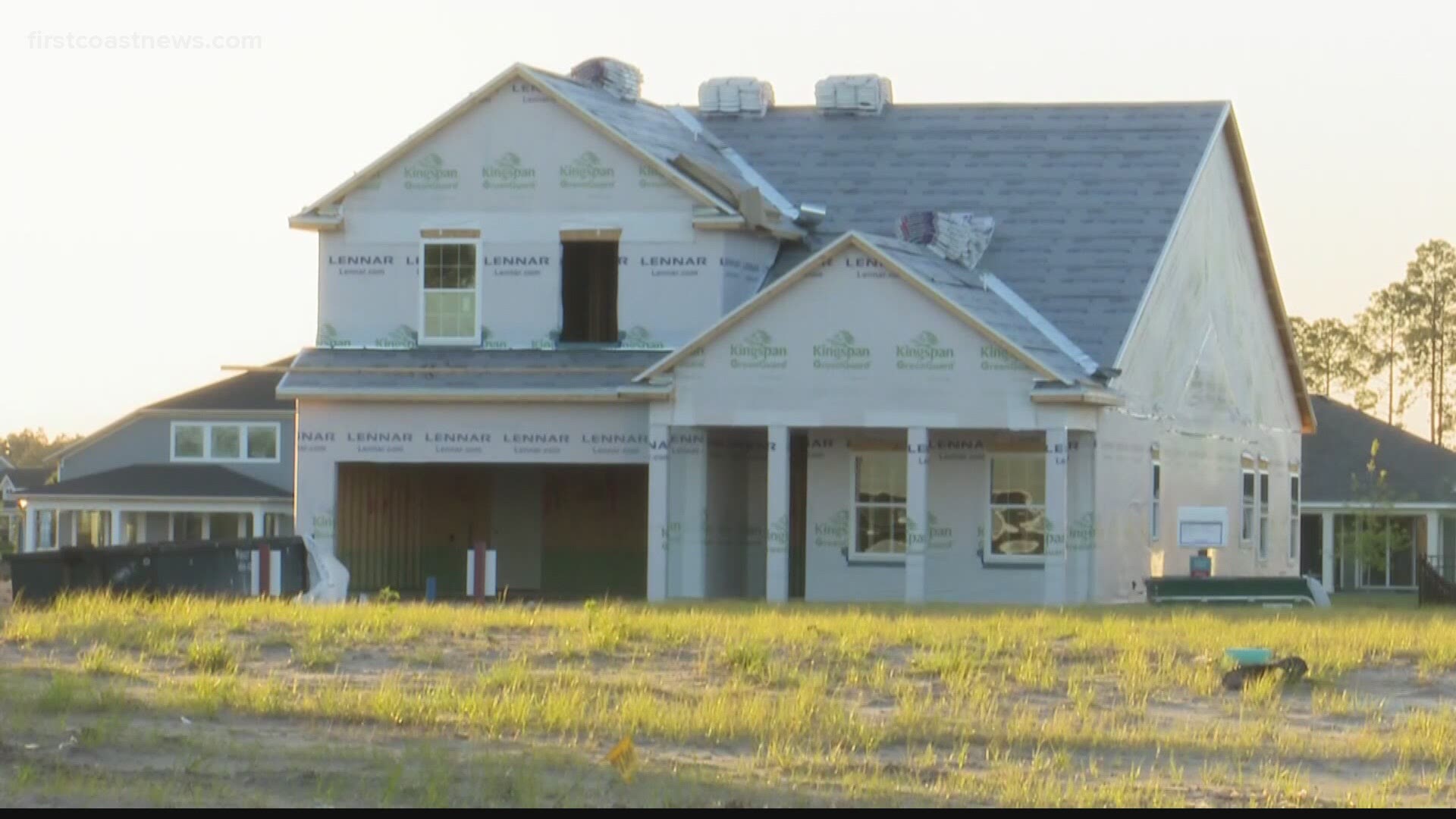 JACKSONVILLE, Fla. — A fund to pay for affordable housing may soon dry up.

A bill heading to Governor Ron DeSantis’ desk will divert dollars earmarked for affordable housing to other state priorities, including preparing for the impacts of sea-level rise.

Some believe the state is trying to prevent one crisis while creating another one.

The Florida Housing Coalition said it is facing an affordable housing shortage of more than 344,000 homes. The Coalition said gutting the housing trust funds will only make the problem worse.

“Creating this permanent cut into a program in the middle of a pandemic when families are in a crisis and unable to afford rent, unable to become a homeowner, we should be investing and protecting this fund,” State Rep. Anna Eskamani said.

Rep. Eskamani feels that funding water projects are important, but that funding can come from other resources.

“There’s no debate that we should be also investing in water projects, but the American Rescue Plan has billions of dollars for states to use for things like water projects,” Rep. Eskamani stated.

Amendments to the bill reduced the amount of money that would be pulled away from the trust fund, but state Republican leaders state the bill would prevent the fund from being raided in the future.

Republicans argue the issues are interrelated.

“If we poison the water in this state, no one will want to live here," Rep. Randy Fine, whose district includes Brevard County, said during Wednesday’s debate. "Focusing on policies that make housing more affordable and working to solve this existential water problem that we have, that will make housing affordable for everyone.”

State Representative Angie Nixon, who represents parts of the Jacksonville area, spoke against the bill on Wednesday.

Rep. Nixon told First Coast News she is critical of colleagues saying Floridians should move if they can’t afford to live in a certain place.

“That’s ridiculous because there are a lot of people born and raised here in this great state and they are being pushed out because the cost of living, the housing market is so unaffordable,” Rep. Nixon said.

The governor’s proposed budget would have provided over $400 million to housing programs.

Rep. Eskamani is not sure which way the governor will lean.

“This bill is against what the governor wanted, but then again in the world of politics there’s a lot of horse-trading,” Rep. Eskamani stated. “This bucket of money should never be a game. It is the difference of economic sustainability for everyday people to not have to stress thinking 'Where am I going to sleep at night?'"