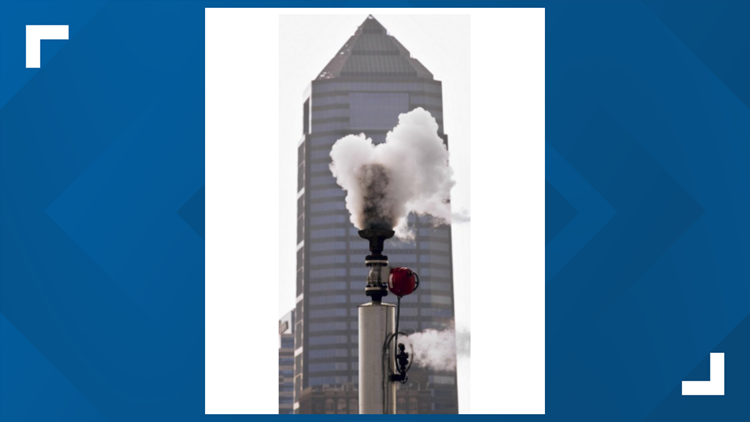 Big Jim’s gone quiet: we found out why

It was a Monday morning in Springfield when Shana Friar and her husband both accidentally slept in. Their regular 7 a.m. alarm didn’t go off. It turns out, no one’s — throughout the neighborhood — did.

On Aug. 26, Big Jim — the copper steam whistle that resides on top of the JEA building on 1st Street and Main — missed its first sound off of the day. And he’s been silent ever since.

According to JEA spokeswoman Gina Kyle, Big Jim is having “mechanical difficulties” that are currently under investigation.

“I’m hopeful that he will make his presence known again sometime in the not too distant future!” Kyle said in an email.

Typically, Big Jim can be heard within about 10 miles from the Main Street building. According to JEA, the whistle got its name from its builder, James Patterson. Historically, the whistle warned Jacksonville residents of the Great Fire of 1901. It also whistled when both world wars ended and marked the arrival of electricity in Jacksonville. It has whistled every New Year’s Day since 1896.

Since the whistle’s gone quiet, residents — including Friar — are finding themselves thrown off.

“I usually use it as my alarm to get up. I know a lot of other people do,” Friar said. “I also work from home twice a week and actually use it to start and stop lunch. It’s funny how something so loud and long grows on you.”

On Monday, Friar took things into her own hands and called JEA to voice her concern.

Kyle confirmed that she received “several inquiries” from residents regarding Big Jim’s absence.

Friar also took her concerns about Big Jim to a neighborhood Facebook group where other Springfield residents voiced similar fears about the sound of silence.

“My daily schedule isn’t the same without Big Jim,” one commenter said. ”[I] need my back up snooze alarm functioning,” said another. “I have been wondering why I was waking up much later weekday mornings the past few weeks!”

“I remember the first time I heard him sound from my home on West 3rd Street, it scared me half to death,” Friar recalled. “But its history here and its reliability is something that connects Springfield to the past and the future. He’s been sounding for over 100 years and hopefully my kids’ kids will hear him and say ‘my grandparents heard him and planned their day by him too.’”