FEMA is helping pay for 75 percent of the $14 million citywide project. 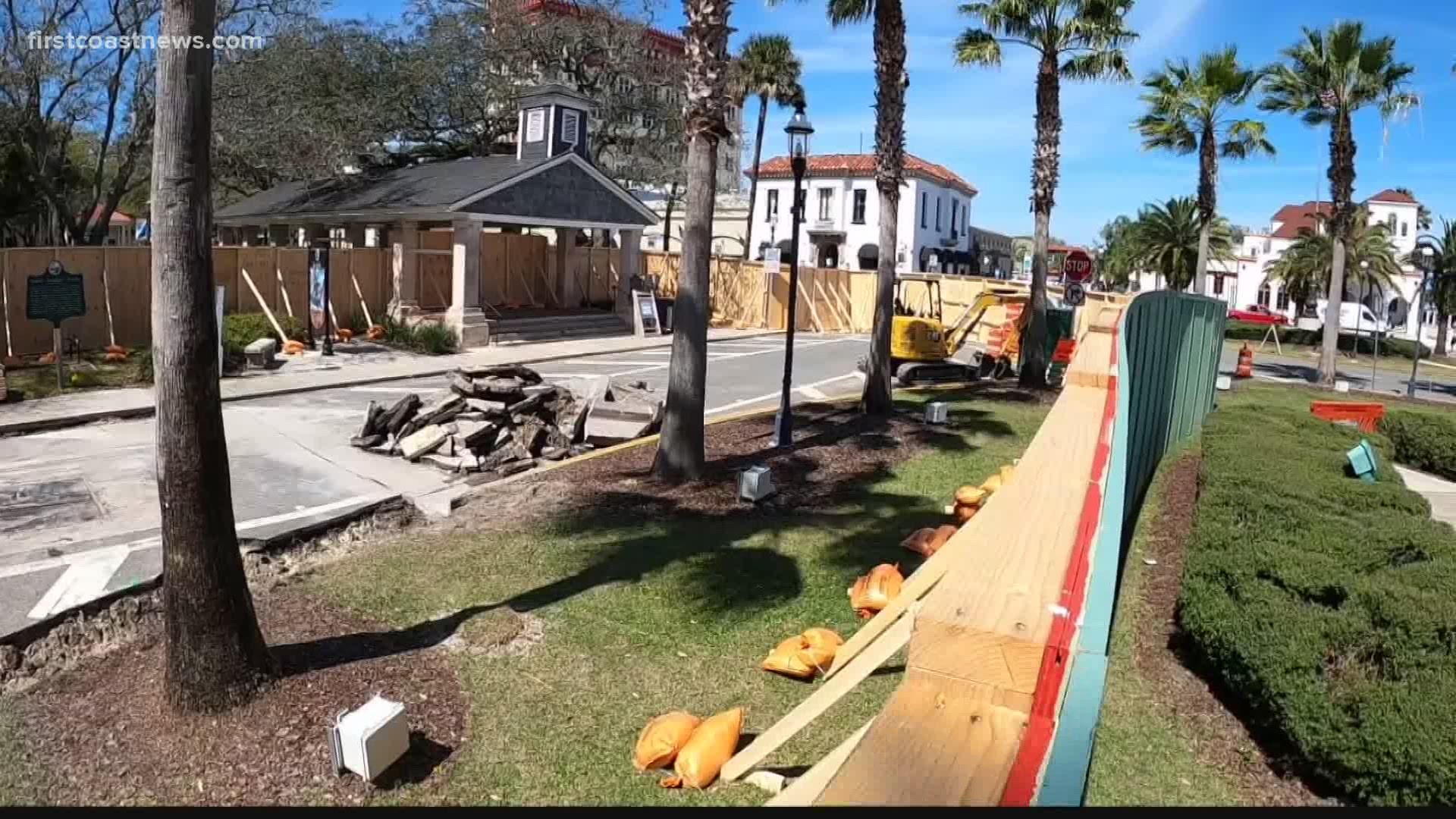 A large wall now encompasses part of the Plaza de la Constitucion, and some people are scratching their heads about it.

Something behind those walls is getting repaired that is important to anyone who visits, lives, or works in downtown.

What’s on the other side is a lift station. It takes sewage and wastewater where it needs to go, which is to the wastewater treatment plant.

"Any flushing of the toilets, any washing of the hands, showers. It goes right into there," City Engineer Stephen Slaughter said that during hurricanes Matthew and Irma, this particular lift station was damaged.

"The floodwater got high enough that it got into the panel and prevented the station from working," he explained.

Some toilets didn’t work, and raw sewage was on the streets.

A lift station can often be above ground. Some of those in St. Augustine that are have been elevated to keep them safe from floodwaters.

However, you can’t do that with the one downtown because all of it is under Charlotte Street. So work is being done under the ground to protect it.

"We’re going to harden the station to be able to stay functioning during a storm during a flood event," Slaughter explained.

FEMA is helping pay for 75 percent of the $14 million citywide project.

As for why put up the walls?

Slaughter said the city usually would put up mesh construction fencing, but the company and the city thought the walls were more aesthetically pleasing.

"It’s in a downtown historical area. It’s pleasing to the eye," he said.

The downtown project will take about four months to complete.