An Indiana man died Sunday when he was hit by a vehicle on US 1 in St. Johns County. Two women, including his fiancé, were injured in the crash. 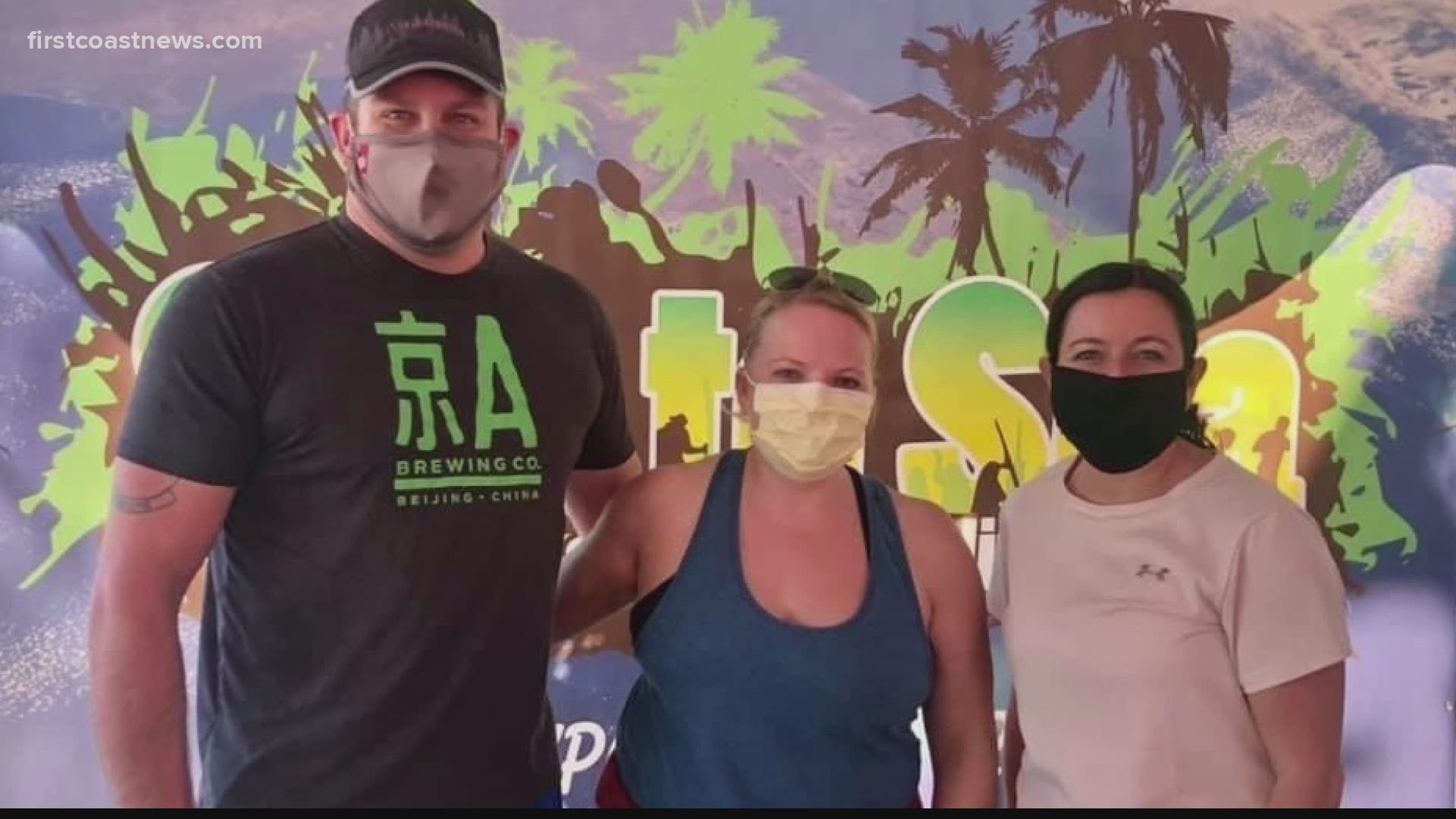 ST. JOHNS COUNTY, Fla. — It is on the bucket list for some, but tragically Dr. Troy Manz’s journey during the Sea to Sea Expedition Race ended 20 miles short.

“We were looking forward to rolling into St. Augustine,” said Ron Eaglin holding back tears. “The finish line, celebration, all your friends at the end.”

A driver, who the Florida Highway Patrol said ran off the road, hit Manz, his fiancé and another woman in the early morning hours of Feb. 28 on US-1 in southern St. Johns County.

The three were nearing the end of their three day excursion across the state.

Eaglin was also there for the ride.

“We know what we do has inherent risks,” Eaglin said.

FHP is still investigating the cause of the deadly crash. Eaglin said the bicyclists were using flashing lights at the time of the crash.

“I could see bikers in front me well over two miles away,” Eaglin recalled.

Last November, Brandon Ricondo’s friend died while on her bike near US-1 and King Street in St. Augustine.

The Florida Department of Transportation planned to install bikes lanes in the area, but that was later scrapped after residents and business owners said they would lose on-street parking.

“I just feel like in the long term a couple of parking spots isn’t going to deter people from coming to your business if it means some people’s lives being saved,” Ricondo said.

Eaglin asks drivers to stay away from any distractions and keep their hands on the wheel for the safety of all who share the road.

He says the bikers were using the bike lane, but not every stretch of road has them, which is why it is always important for drivers to be aware of their surroundings.