Volunteers picked up everything from cans and bottles to chairs, grills and cigarette butts. 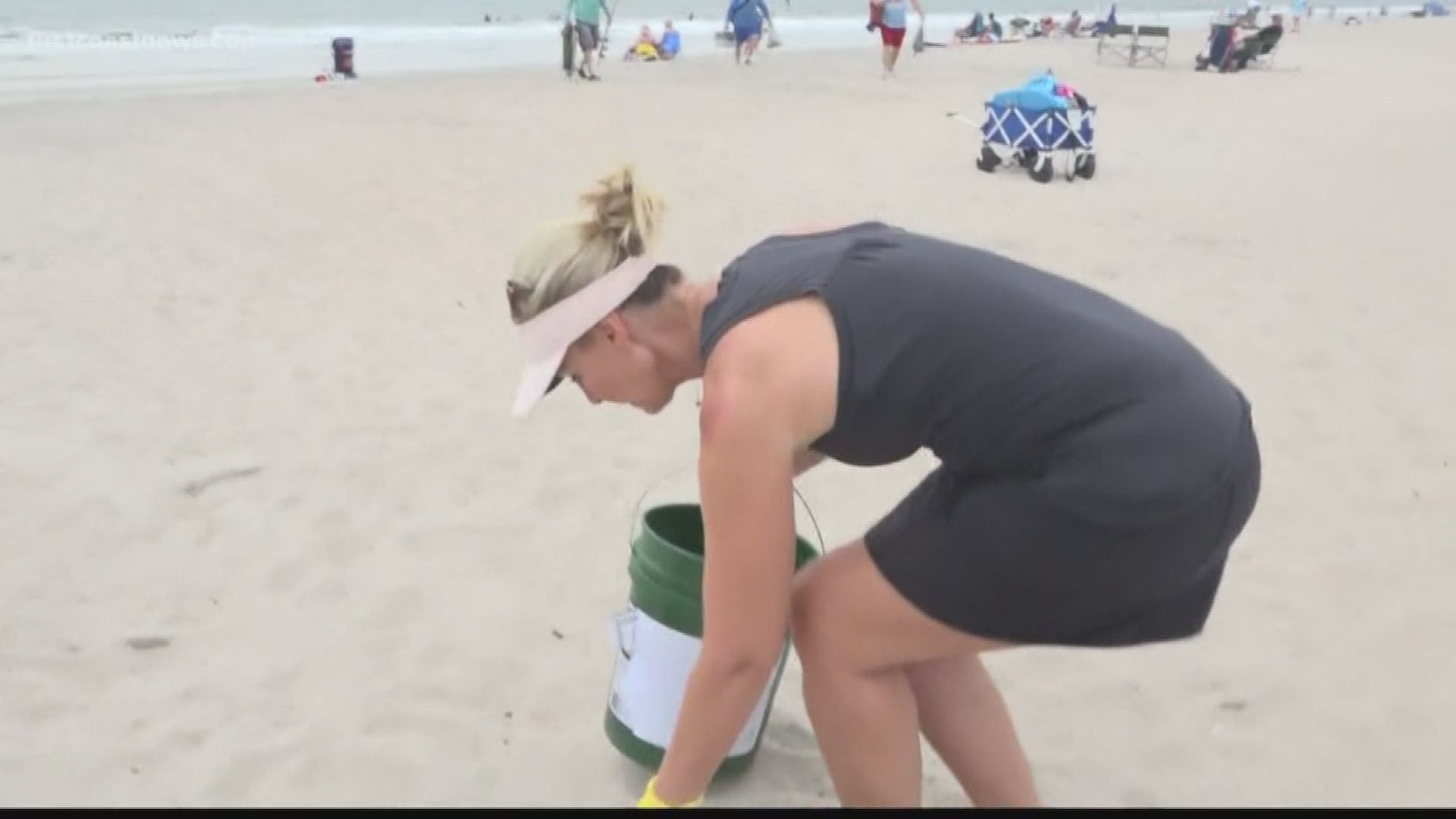 Volunteers across the First Coast gathered at Mickler's Landing and Jacksonville Beach Friday morning to help pick up litter and debris left behind by crowds during their Fourth of July celebrations.

Mickler's Landing saw its fair share of people who celebrated the holiday on the beach the day before. The organization, Beaches Go Green, aimed to help by putting together a cleanup event after.

Anne Marie Moquin, founder and executive director of Beaches Go Green, says all kinds of waste were found there the day after the Fourth: firework remnants, food packaging, Styrofoam cups, and food waste.

She said the number one waste item found, though, were cigarette butts.

In general, thousands of cigarette butts are found on the beach monthly. Moquin says it only gets worse on holidays.

Depending on the material, waste items can take hundreds of years to break down. This is why over 100 people went to Mickler's Landing got to work searching the sand for any leftover trash to pick up.

More than litter being unsightly for humans, it can harm marine life, Moquin said. She said animals can mistake plastic for food, and the toxins can make them sick. She said cleaning up is all about keeping the ecosystem healthy.

Moquin says seeing people take a little time out their day to help the environment is excites her.

Moquin says she hopes this display of people cleaning up the beach sends a message to both volunteers and onlookers alike to think about their own waste and pick things up instead of leaving it in the sand when enjoying the beach.

Meanwhile, in Jacksonville Beach, the annual July 5th Beach Cleanup event took place between 8 a.m. to 10 a.m. During these hours,158 volunteers picked up everything from cans and bottles to chairs, grills and cigarette butts.

A spokesperson for the City of Jacksonville reported that there were 1.5 tons totally about 3,000 pounds worth of trash picked up by those volunteers.