Sunday will be beachgoers' last chance to walk along the Jacksonville Beach Pier due to renovations that are expected to take two years. 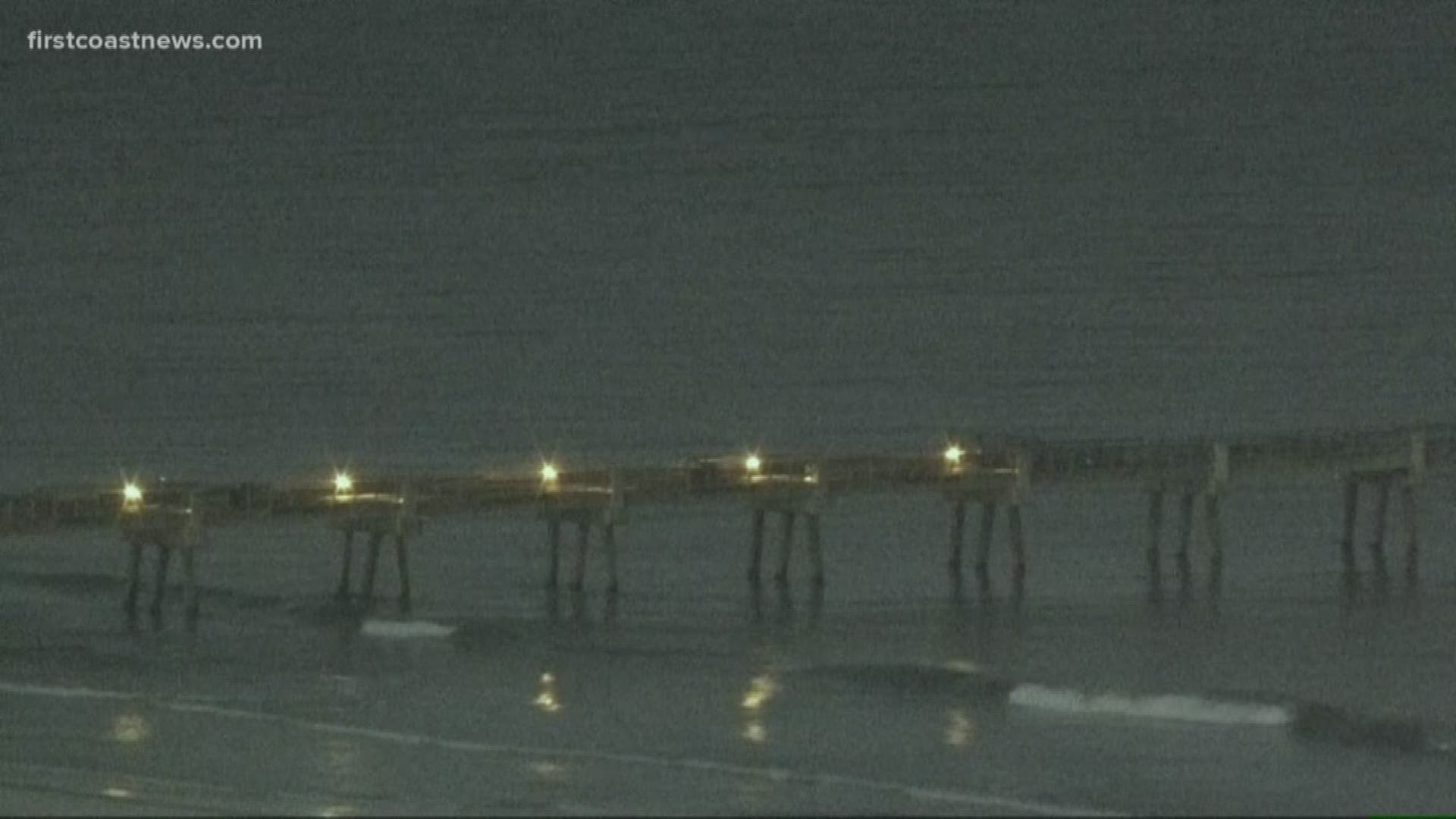 An iconic part of the Jacksonville Beach area will be closed for the next two years starting on Monday.

Sunday is beachgoers' last chance to walk along the Jacksonville Beach Pier due to renovations after the pier was badly damaged during Hurricane Matthew in 2016.

The last 300 feet of the pier was destroyed when powerful waves washed over the beach. The pier reopened to the public in February of 2018, but only the first 600 feet of the 1,300-foot structure was available to walk on.

According to renderings obtained by First Coast News, the two-year renovations project will give the pier larger and stronger pilings with a slope of 8 feet. They also raise the deck to make it sturdier and withstand extreme weather.

Credit: WTLV
Renderings obtained by First Coast News show the pier with larger and stronger pilings with a slope of 8 feet. The deck is raised to make it sturdier

The costs of the renovations will first be covered through insurance and then Federal Emergency Management Agency reimbursements. Any remaining funds will be covered by the city.

Over the years the Jacksonville Beach Pier has served as an icon for those who visit the beach, below is a look back at some of the shots captured of the pier by First Coast News photographer Jerry McGowan.

A look back at the Jacksonville Beach Pier