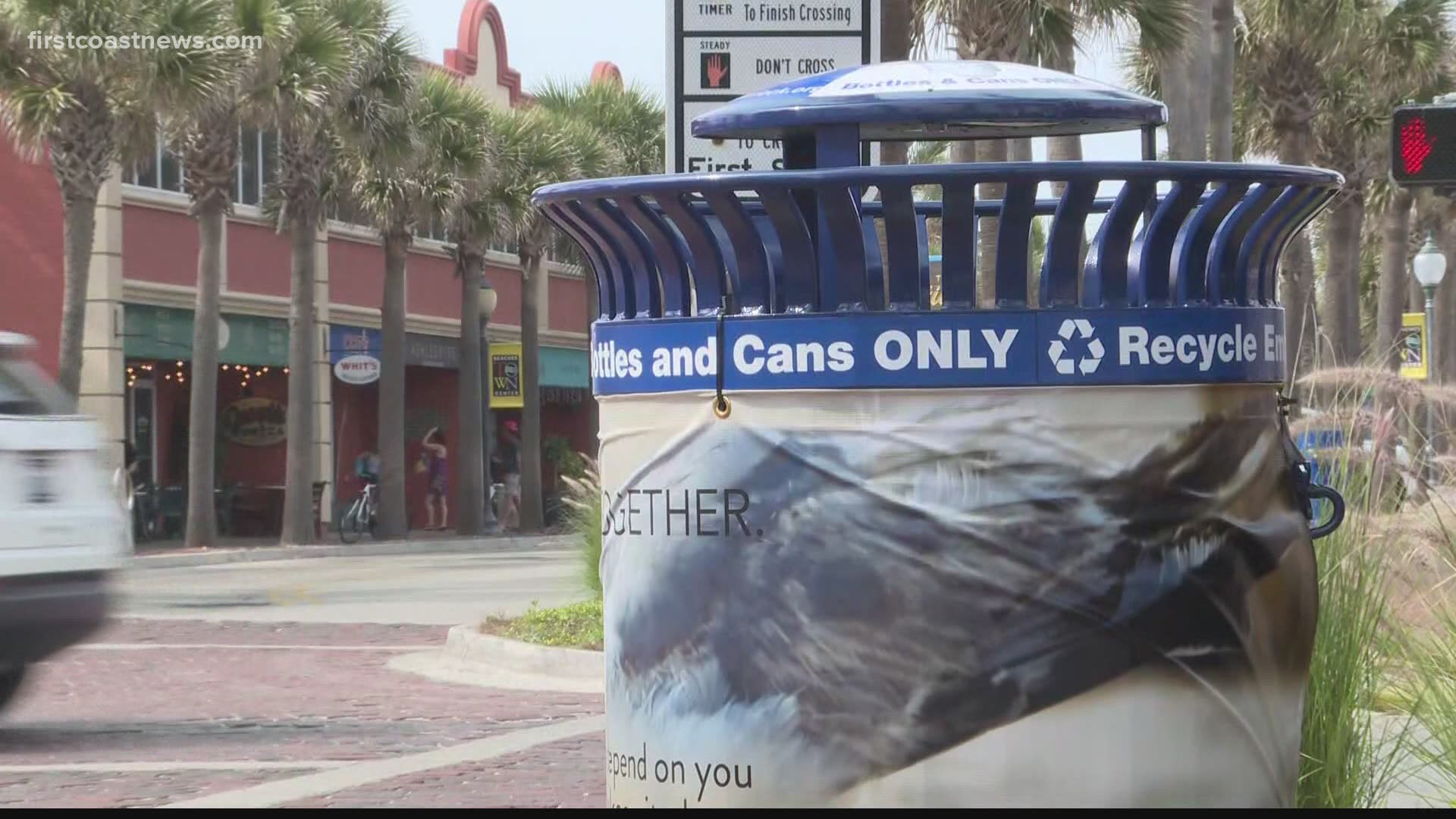 NEPTUNE BEACH, Fla — Thirty new smart recycling bins were installed in public spaces in Neptune and Atlantic Beach on Thursday. Anne Marie Moquin, the founder of Beaches Go Green, says her non-profit received a grant from Keep America Beautiful to pay $85,000 for them.

“We're really excited about it,” Moquin said. “What makes them smart recycle bins is the fact that they're battery-operated, and they notify the city electronically when they're 80% full.”

Moquin hopes it cuts down on litter and helps keep the beaches more pristine.

“This is our first opportunity at public recycling in Beaches Town Center. The goal is to get people to deposit empty bottles and cans into this recycle bin,” Moquin said. “We have placed them all next to garbage cans, so that when people come with their waste, they have a choice to make. We hope that they'll choose to put the recyclables in the proper place.”

Randy Hartman with Keep America Beautiful says about a third of all beverage containers are consumed on the go, so it's important to put recycling bins where the people are.

"It's one of the things we can actually do to effect climate change. It saves energy,” Hartman said.

He and Moquin encourage everyone to do their part to help keep the beaches clean.

“We know by 2050 if we don't do something, there's going to be more plastic in our oceans than fish and that's just not allowable,” Hartman said.

Moquin is on a mission to raise awareness about taking better care of our planet, and says recycling is just one part.

“Consider where you can cut down on your waste overall, think reusable and when you can't go reusable, please recycle,” Moquin said.

Beaches Go Green will be holding a community education seminar on the new recycling program April 21 at Donner Park in Atlantic Beach at 6 p.m.

Look at the new smart recycling bins ⁦@beaches_go⁩ installed in Atlantic and Neptune Beach today. I’ll have more on this tonight at 11. ⁦@FCN2go⁩ pic.twitter.com/GuQaPAwS49