A 9th-grade student was wearing an outfit that the school told her met the dress code requirements, yet the school decided to edit the photo for the yearbook. 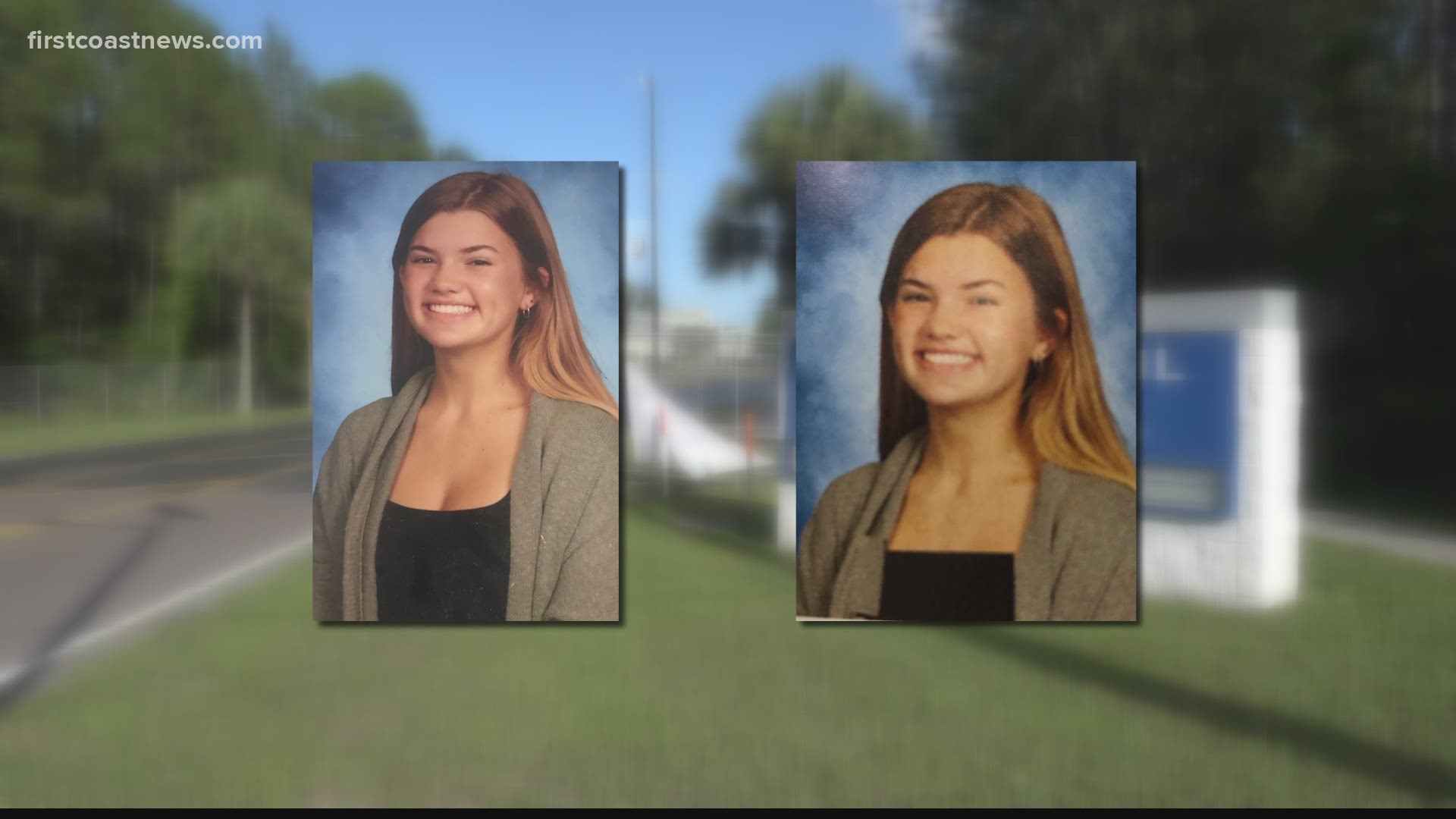 ST JOHNS, Fla. — Some St. Johns County parents with kids at Bartram Trail High School are outraged after receiving their child's yearbook and seeing their child's photo had been edited without permission.

The photos below are just one example. Riley O'Keefe was wearing an outfit that the school told her met the dress code requirements, yet the school decided to edit the photo that appeared in the yearbook to cover up part of the student's body.  O'Keefe told First Coast News she believes there's a double standard and pointed out members of the boys swim team were in the yearbook wearing speedos.

"It doesn't make any sense that they looked at that and was like, 'This is okay, but this is not,'" she said.

Her mother says she was never contacted about a re-take.

RELATED: 'You've made them even more of a target': 83 high school girls have photos digitally altered to cover chest in St. Johns County yearbook

It's a small detail, but students and parents say it's part of a larger dress code controversy in the county that disproportionately targets female students. Dozens of parents are reporting the same issue, and say this is sexualizing young girls.

Yvette Ballard daughter's picture was also altered and says students are harassing her by sharing the picture on Snapchat.

"They are getting all this backlash on the children and they had nothing to do with it. So, now you've made them even more of a target," Ballard told First Coast News.

The school district said the school is offering refunds to any parent who calls about the issue.

1 / 6
Sources
First Coast News counted 83 young ladies who had their yearbook photo digitally altered to conceal their chests in St. Johns County. These are a few of them.

We will continue to update this developing story.

RELATED: 'This is a big deal': Students on the First Coast want to change 'sexist' dress code policies

RELATED: 'It's been a problem in our culture': St. Johns Co. student calling for more gender equality in school dress code