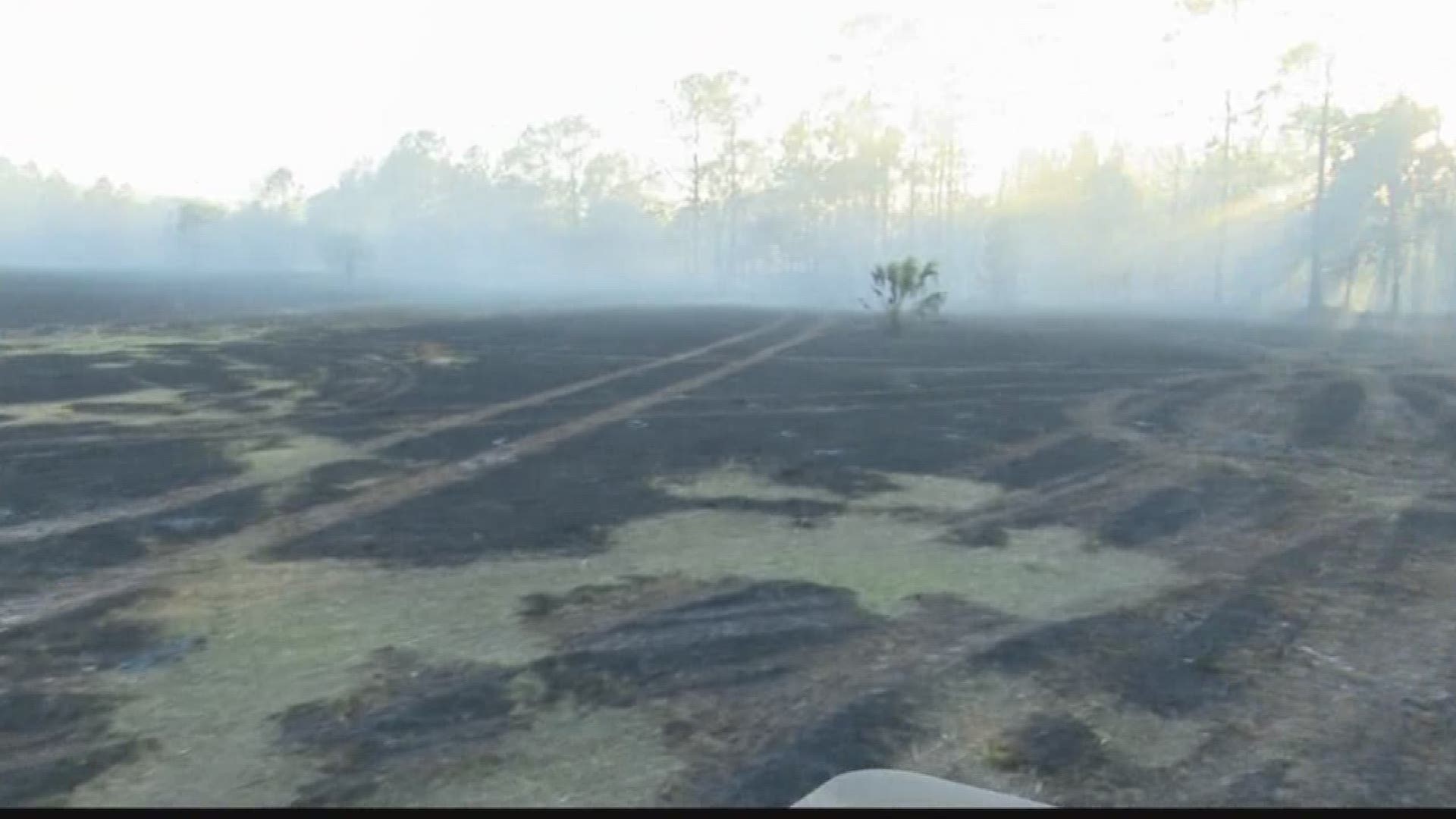 Nassau County residents were urged to leave their homes in Yulee between Barnwell and Oneil-Scott roads Friday afternoon as a brush fire spread to almost 40 acres, emergency officials say.

Nassau County Emergency Management says the fire, at its largest, was 37.5 acres. As crews worked, the blaze was completely contained by 8:45 p.m. Ten homes were threatened but unharmed, says a spokesperson for the Florida Forest Service.

Crews will continues throughout Friday night to put out local hot spots, but authorities say the danger has, for the most part, subsided.

The fire burned directly behind the Lowe's Home Improvement store on State Road 200. Wind is blowing the fire north - away from the hardware store.

For a few hours, Barnwell and Oneil-Scott roads were blocked, but reopened to motorists and residents just after 5:30, according to the Nassau County Emergency Management.

First responders from several agencies were on scene and are working on containing the fire.

Two tractors and an air unit battled the fire. The Jacksonville Fire Rescue Department sent several units to assist, but it's less than the help they gave for the Bryceville fire last week.

Emergency officials say the blaze began on the train tracks behind the Lowe's on S.R. 200. Flames got as close as 150 feet to a home.

First Coast News Drone flew over the scene and obtained the exclusive video below of the smoke plumes and fire: 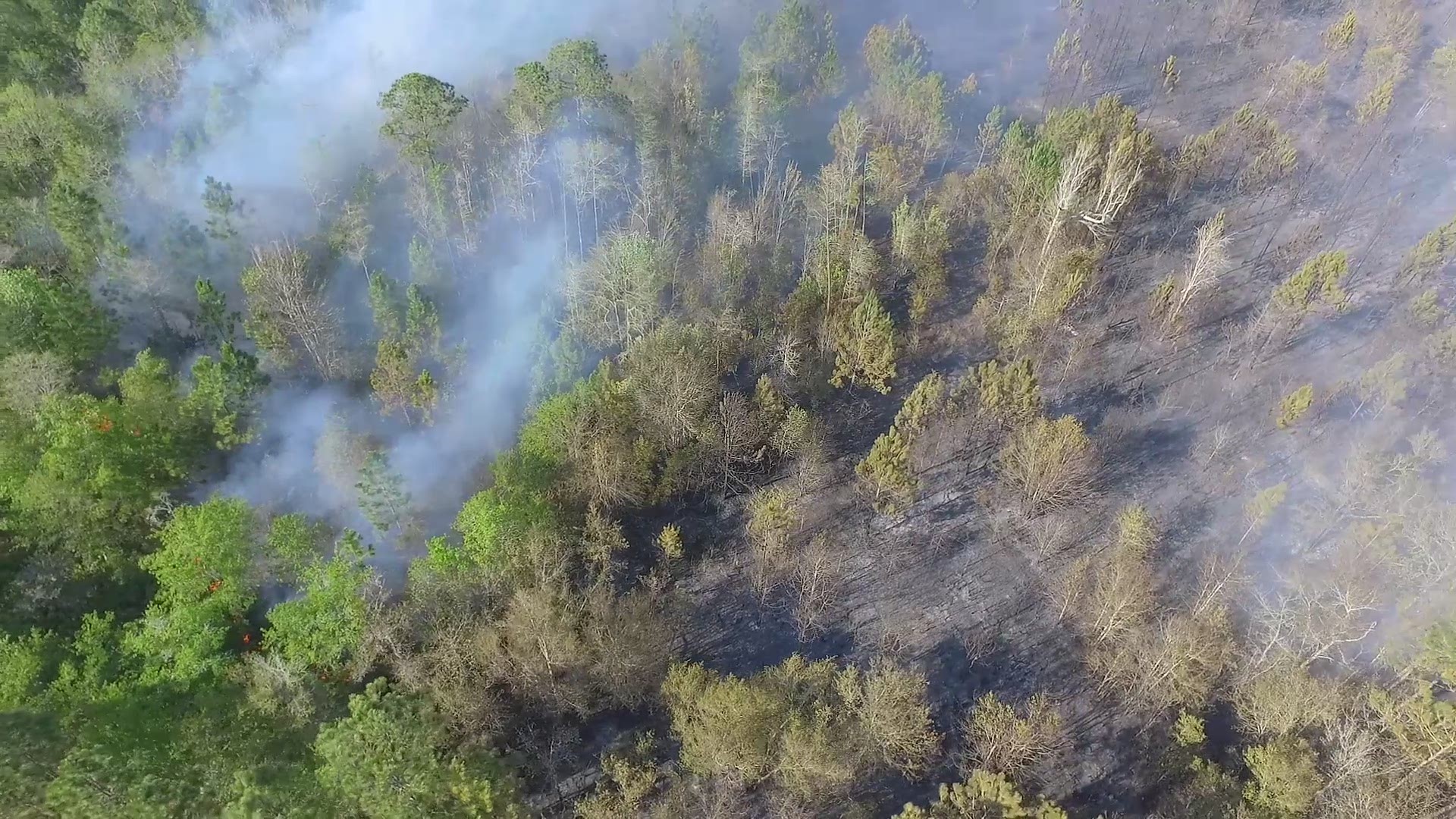 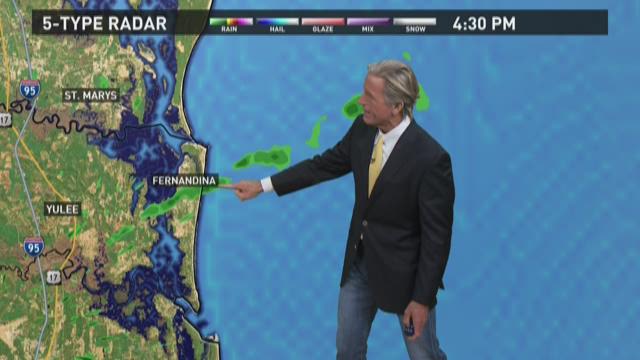 #BarnwellRoadFire 75% contained started near the railroad tracks behind Lowe's crews are improving firelines and mopping up now pic.twitter.com/BZB0ASdNY0

You can clearly see the smoke billowing in the O'Neil area; this video comes from a family member of mine just north of the fire. pic.twitter.com/fSPlNp9hx4