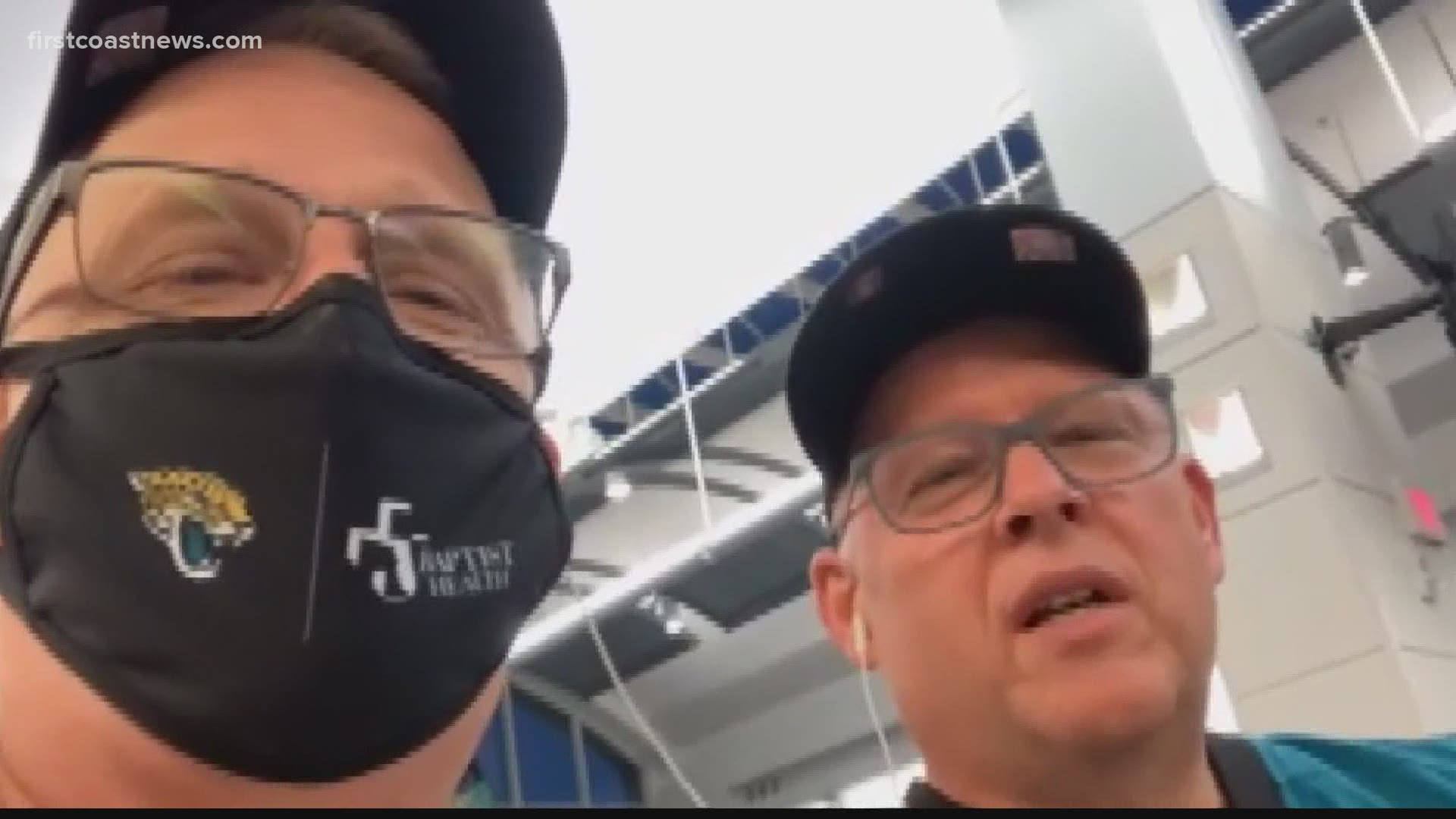 JACKSONVILLE, Fla — Off the frontline and to the party they go. Baptist Health Jacksonville sent four frontline workers to the NFL Draft in Cleveland.

David Morrell is a chaplain at Baptist Beaches. He is taking his brother with them. Both are die hard Jaguars fans and are usually in the stands for every game.

"It's the pinnacle of the NFL," David Morrell said.

"The fun really is the journey," his brother Jonathan Morrell said. "Sometimes having to endure some of the losing makes the winning that much sweeter. So we're looking forward to our share of the winning in the coming years."

Kip Deckerhoff, who oversee the Magnet/Accreditation for Baptist Health, is taking his wife with him to Cleveland. He says it has been a rollercoaster of a year both on and off the field.

"It was an interesting season so you know we were excited going to the games," Deckerhoff said. "We won the first game of the season and we were like yes this is an awesome year. Lost the next couple, thought we had some hope and then all of a sudden maybe we don't want to win."

That last L means Jags get the first pick in the NFL Draft.

Terell Reglin, critical care nurse at Baptist Beaches, and Kelly Green, a Certified Nursing Assistant at Baptist Jacksonville, will also be in Cleveland taking a break and enjoying the big win for the Jaguars.