Former U.S. Rep. Corrine Brown left Jacksonville’s federal court to wait at home for a decision on an appeal. 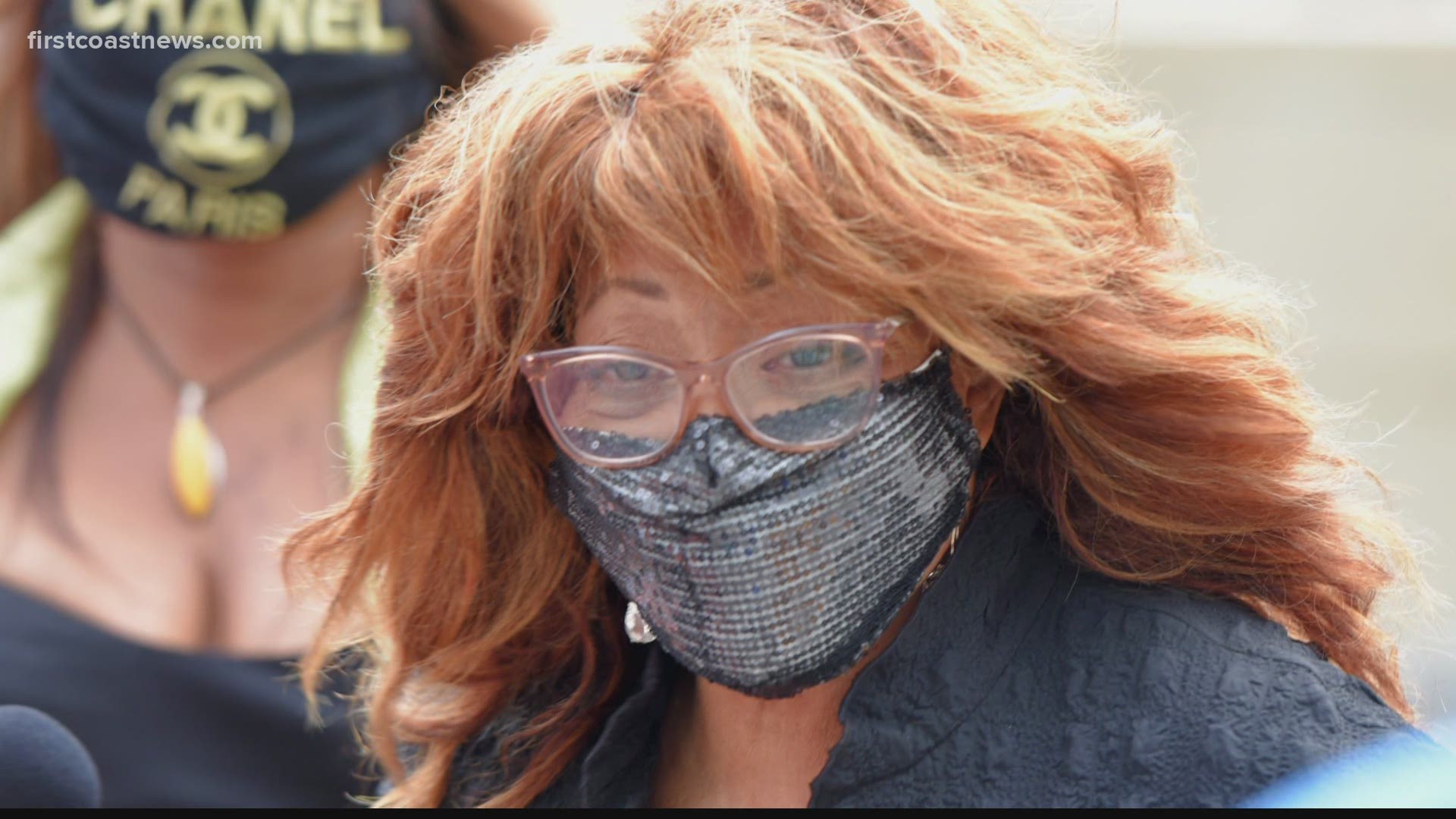 JACKSONVILLE, Fla — Former U.S. Rep. Corrine Brown left Jacksonville’s federal court Tuesday free to wait at home for a decision on an appeal of her 2017 fraud and tax-crime conviction.

How that helps her is a puzzle, though, since she had been sent home from prison months ago to serve the balance of a five-year prison sentence away from some potential exposure to the coronavirus pandemic.

“These motions aren’t filed all that often,” U.S. Magistrate James Klindt told prosecutors and Brown’s attorneys at the start of a hearing on Brown’s request for “release” pending the appeal’s outcome.

The judge granted Brown’s request, but only after pointing out that doing so would keep the 12-term congresswoman from earning credit towards completing her prison sentence at home.

By foregoing that credit, Klindt added, it’s possible Brown could end up later with a prison sentence she still has to serve, maybe back in custody if the pandemic is brought under control.

Credit: Bob Self/Florida Times-Union
Ex-U.S Rep. Corrine Brown arrives for her 10:30 am hearing in the federal courthouse in Jacksonville, Florida Tuesday, October 6, 2020. Brown is seeking her release from custody pending the appeal of her 5-year sentence on fraud convictions.

“Who knows where we’ll be in a year or so,” the judge said. “But that’s a risk she wants to take?”

“I believe so, judge,” Kent answered.

The risk, which Klindt noted is only theoretical, involves what happens after the appeal Brown filed almost three years ago is over.

The appeal asked for a do-over of the trial where prosecutors argued Brown had used money from a sham children’s charity to live higher off the hog than a member of Congress could afford.

A jury found her guilty on 18 counts, but Brown’s attorneys argued the verdict — and the sentence — shouldn’t count because the trial judge removed a juror who acknowledged receiving guidance from the “Holy Spirit” attesting to Brown’s innocence.

A three-judge panel from the 11th Circuit U.S. Court of Appeals said in January that the trial judge had acted correctly, but the full cast of active judges voted last month to vacate that ruling and have the appeal argued in front of the entire court, a type of argument called en banc.

“Candidly, I’m very confident about the outcome of the en banc,” Kent told the judge.

“You can be as confident as you want,” Klindt answered before turning his attention to Brown. “She’s the one who would have to go back to prison.”

Kent said he had been told the U.S. Bureau of Prisons doesn’t plan to bring people back to prison if they’ve been allowed to go home successfully, but Klindt pointed out the possibility that Brown might win her appeal, get a new trial, and be convicted again and sentenced again. In that case, the 73-year-old Jacksonville Democrat would benefit from having as much credit as possible for time spent serving her sentence at home.

Brown had completed less than half of her sentence in April when she was released from the minimum-security women’s camp at the Coleman Correctional Institution in Sumter County. Since then, she has been supervised by staff at a halfway house that Kent said initially sent her home with little restriction but later wanted her to wear a monitor.

During the hearing, Brown’s home address was given as an address in a development off Biscayne Boulevard north of Dunn Avenue. Property records list the address as belonging to a woman whose name was once identified as Brown’s campaign manager.

The order Klindt issued follows the pattern set when Brown was first indicted in 2016 and allowed to remain free on a $50,000 signature bond.

Brown is free to travel anywhere in the continental United States, but was told by Klindt to avoid contact with Carla Wiley, founder of the One Door for Education fund that was central to Brown’s 2017 trial, as well as Von Alexander, a former staffer who testified at her trial.