"It takes about three minutes from the time the drainage backs up to it is coming to door level of your vehicle." 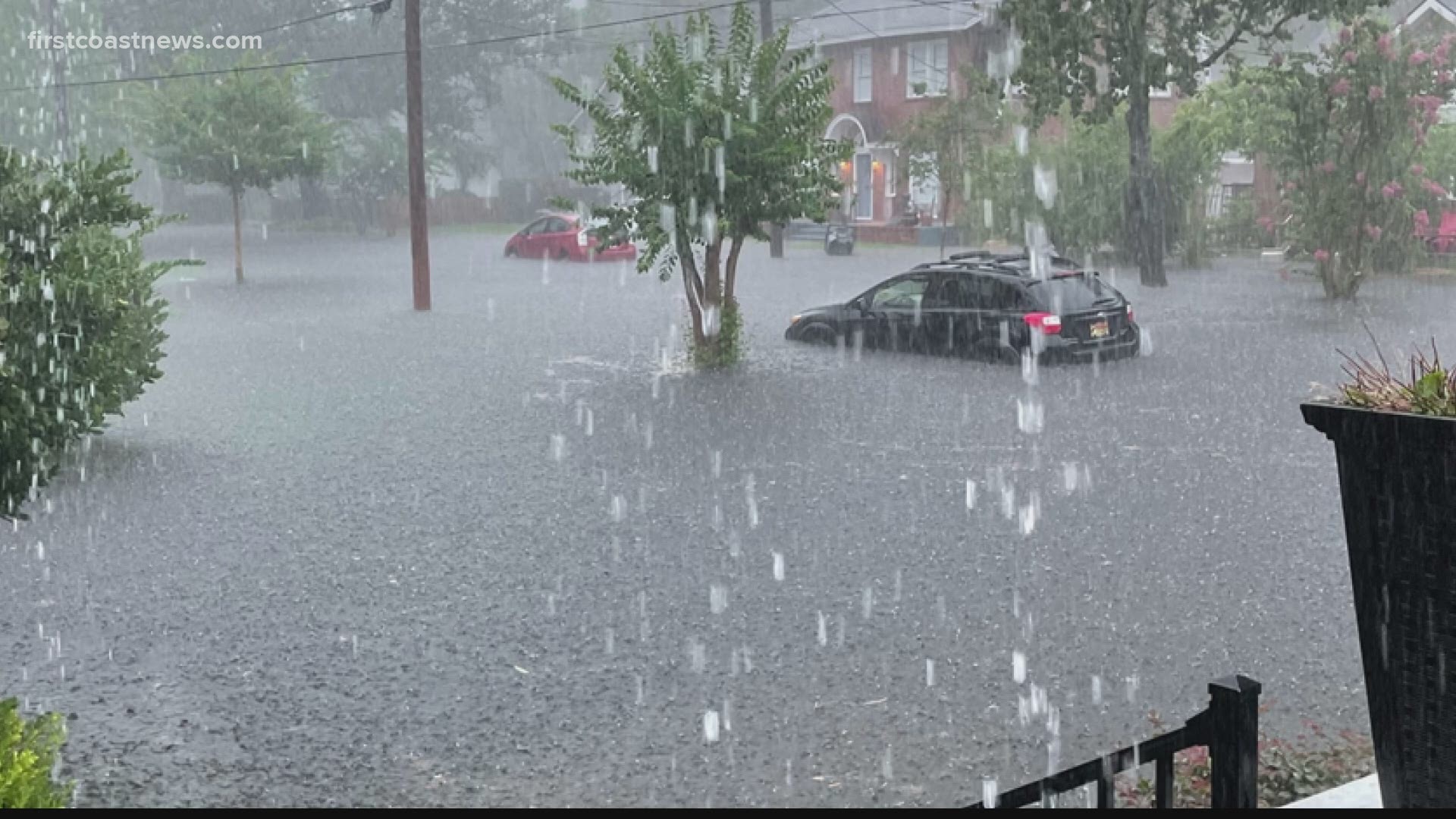 JACKSONVILLE, Fla. — When it rains on Challen Avenue, there is unrest among the residents.

"A rain comes and it is just anxiety-ridden," said Donya Marshall.

Marshall has lived in the neighborhood for four years and is exhausted by how often it floods.

"It takes about three minutes from the time the drainage backs up to it is coming to door level of your vehicle," she said.

She has captured the images captured on her ring camera, and they tell the story. In a matter of minutes after a torrential downpour, Challen Avenue between Talbot and Park Streets is underwater.

"This is beyond flooding we literally turn into a lake," said Marshall.

Dr. Chau Kelly lives next door. She and her husband moved in a decade ago, and they too are tired of the problem.

"The street fills up so much that it goes to the third step of our front door," said Kelly.

The community said City Hall is not listening to their complaints

"I have sent pictures of the gutters how quickly they fill up. The street fills up in under ten minutes that is a bad thing to happen," she said.

Thomas Kreuser moved into the neighborhood three weeks ago.

"The water line came up to here and you can still see there is still water," Kreuser remembered.

Three days after he moved in, it rained and the streets flooded, again.

Now he has to replace his Subaru because it flooded and his insurance company has declared it a total loss.

"I should be able to park on the street," said Kureuser, "I mean if a hurricane's coming I will move my car. But I should not have to get a phone alert that rain is coming and thinking I am going to ruin another car.'

The city responded to questions from On Your Side:

“This issue is high priority. The Challen Ave storm water and drainage system moves water off the road through inlets, underneath Knight Street, picking up Avondale Ave, Belvedere Ave, and then flowing under the backside of Lee High School as it makes it way to Willow Branch Creek. The City of Jacksonville’s Engineering Department is working on improving the system to reduce the flooding that occurs during our Summer rains. This system upgrade will be completed by the end of the year; we have already begun installing the improvements that connect under the High School. After the heavy downpour on June 13th the vaccon teams did extensive work to ensure the system was open and ready to handle as much stormwater flow as possible. We removed blockages of plywood, trash can lids, and debris. I am thankful for the neighbors sounded the alarm to the City at the end of Summer last year. Without them we would not have this project engineered and underway. I will pursue this until the issue is fully resolved, you have my commitment."