Since the pandemic, local families, inmates and attorneys have called on the Jacksonville Sheriff's Office to release non-violent offenders due to health concerns. 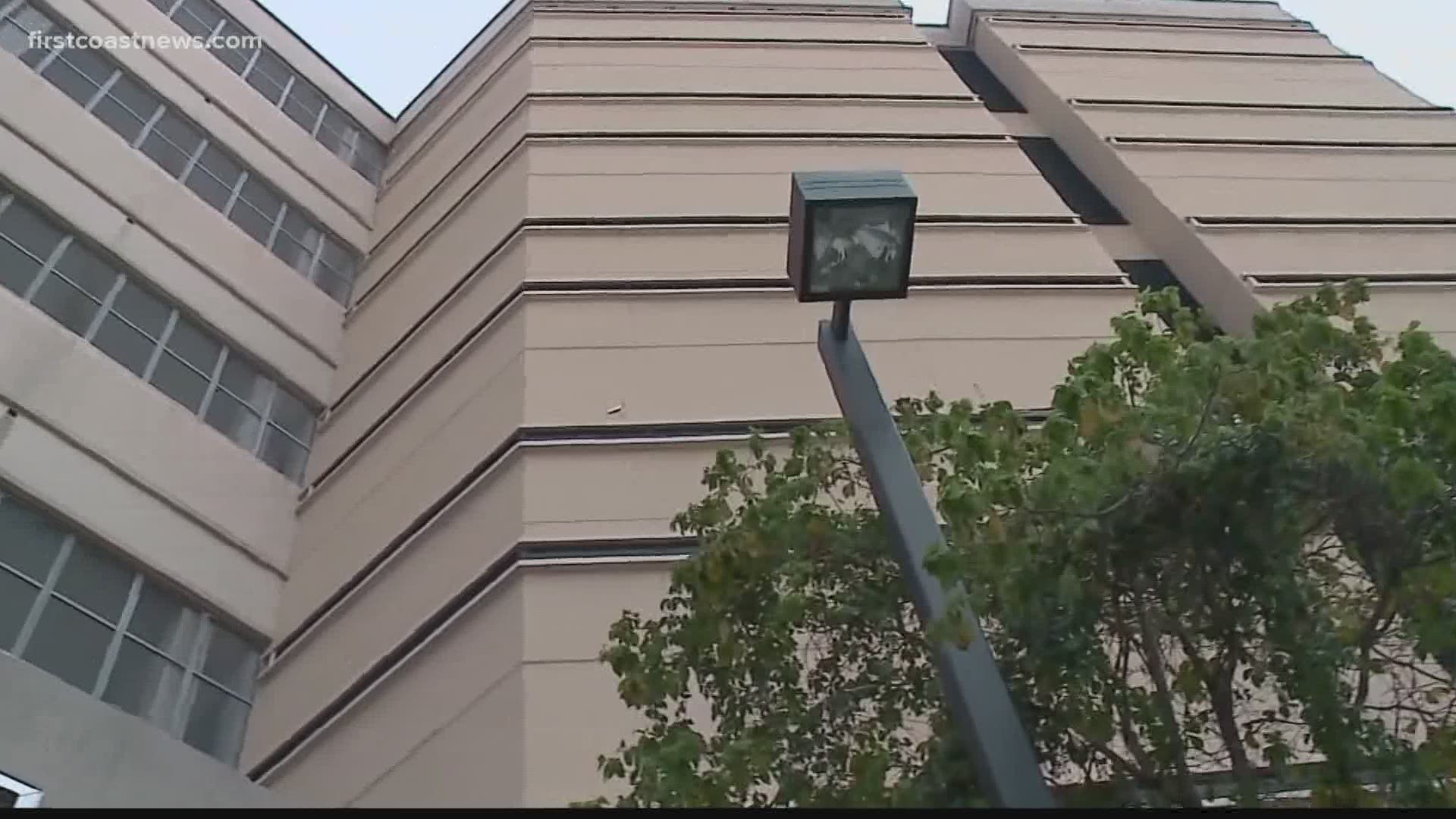 JACKSONVILLE, Fla. — The Jacksonville Sheriff’s Office tells First Coast News there has not been a single positive case of COVID-19 in the Duval County jail to date.

The total number of people tested in the jail, both employees and inmates, has not yet been provided to compare the data.

Since the outbreak of COVID-19, local families, inmates and attorneys have called on the Jacksonville Sheriff's Office to release non-violent offenders due to health and safety concerns.

Local criminal defense and civil rights attorney Matthew Kachergus is also calling on JSO to release more specific data and more frequently. He's currently representing clients who are incarcerated who have expressed their fear and concern.

"Anybody that's incarcerated in a correctional facility during this time right now is scared," Kachergus said. "The ability to protect oneself from the virus is extremely compromised."

Kachergus was recently able to get one of his clients out of jail, citing concern that health complications would make his client vulnerable to the virus.

"He was being housed in a cell with two other inmates, so three inmates a cell and if you've got 20 cells in one of these dorms, you're talking 60 people within a confined space," he said. "And there's three within, you know, a very tight cell, 8 by 10."

He does commend the state attorney’s office for reducing the jail population by about 17% in March, but he said the least they could do is offer protective gear to all of the inmates who are still inside.

"The ability for these folks, men and women in the building, to social distance is impossible," Kachergus said, "and you layer upon that that the inmates are not being furnished with masks, gloves, hand sanitizer. If they're lucky enough to have funds in their commissary, they can purchase soap, otherwise, they only get a bar of soap upon admission. And that's it."

Kachergus works downtown in an office next to the jail along with well-known attorney William "Bill" J. Sheppard, Elizabeth "Betsy" White, Bryan E. Demaggio, Jesse Wilkison and Camille E. Sheppard. They previously fought for bail reform for the jail, and their fight caught national attention, but that lawsuit was eventually denied.

Kachergus said this current situation is a perfect example of minor non-violent offenders who can’t afford bail being denied safety outside of prison walls ultimately based on their income.

An inmate currently incarcerated in the Duval County jail spoke with First Coast News about the conditions inside. The inmate, who wants to remain anonymous, is considered a "trustee", which means he is able to move about more freely than others by working.

This inmate said he is tasked with cleaning cells of people who he believed had the virus on a couple of different floors. He said he is given special chemicals for cleaning, but provided no protective wear, even though he said the guards are in full protective wear.

This inmate said no one, besides jail staff and guards, is given a mask. He claims the jail is still overcrowded which makes social distancing impossible.

First Coast News asked JSO about his claims, but we have yet to hear back. JSO still contends they have zero confirmed cases.

"With a population of roughly 2,000 people, with people coming and going on a daily basis, held in tight quarters, it's worse than a nursing home in terms of the conditions of confinement, the ability to spread the virus," he said. "So with those kinds of conditions and the movement in and out of the jail, I've always suspected that it's, it's in there."

First Coast News has reached out for a statement from Sheriff Mike Williams on whether he is satisfied with the current standards in the jail. We will update this story when we receive a response.