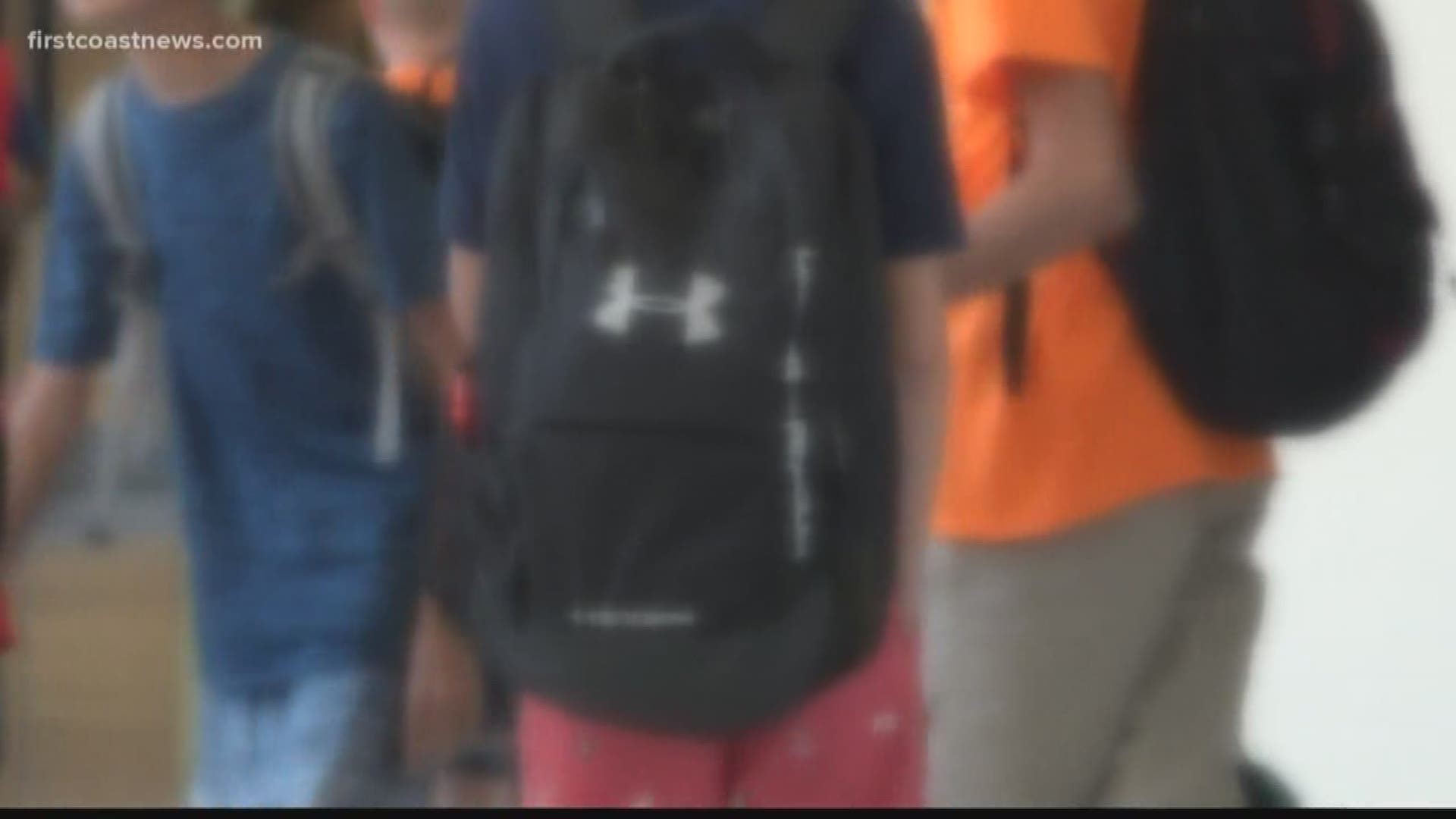 On Friday, over 75 percent of the Creekside High School student body was absent.

Down the road at Bartram Trails High School, over 650 students left school Friday because of the outbreak at CHS. However, the school district says  that was out of precaution as there was not an uptick in the number of kids sick at BTHS.

Just under 300 students were absent at CHS Monday as opposed to Friday’s 1600.

“I made the decision to keep him home on Friday,” Cindy Courson, whose child attends CHS, said, “but I checked in today and he said not nearly as many kids were sick.”

Courson, along with many other parents, kept their children home on Friday to avoid the stomach bug.

“I wasn’t sick but I didn’t feel like getting sick,” Jonathan Angioi, a CHS student, said.

Angioi says school seemed to pick up where it left off on Thursday, so those who missed Friday did not miss work or activities.

“Everything that would have normally been on Friday, like a test, was moved to Monday,” Angioi said.

The school district says the student’s symptoms of vomiting seem to be consistent with norovirus. This has not yet been confirmed by the St. Johns County Health Department.

The school district says it took this weekend to completely sanitize the schools to attempt to control the outbreak, which made many students and parents more comfortable to pick up where they left off.

“The school was sanitized over the weekend, so I didn’t have to worry about getting sick,” Angioi said.

Doctors say this is not a time to be complacent — make sure to use proper hygiene to keep the virus from spreading.