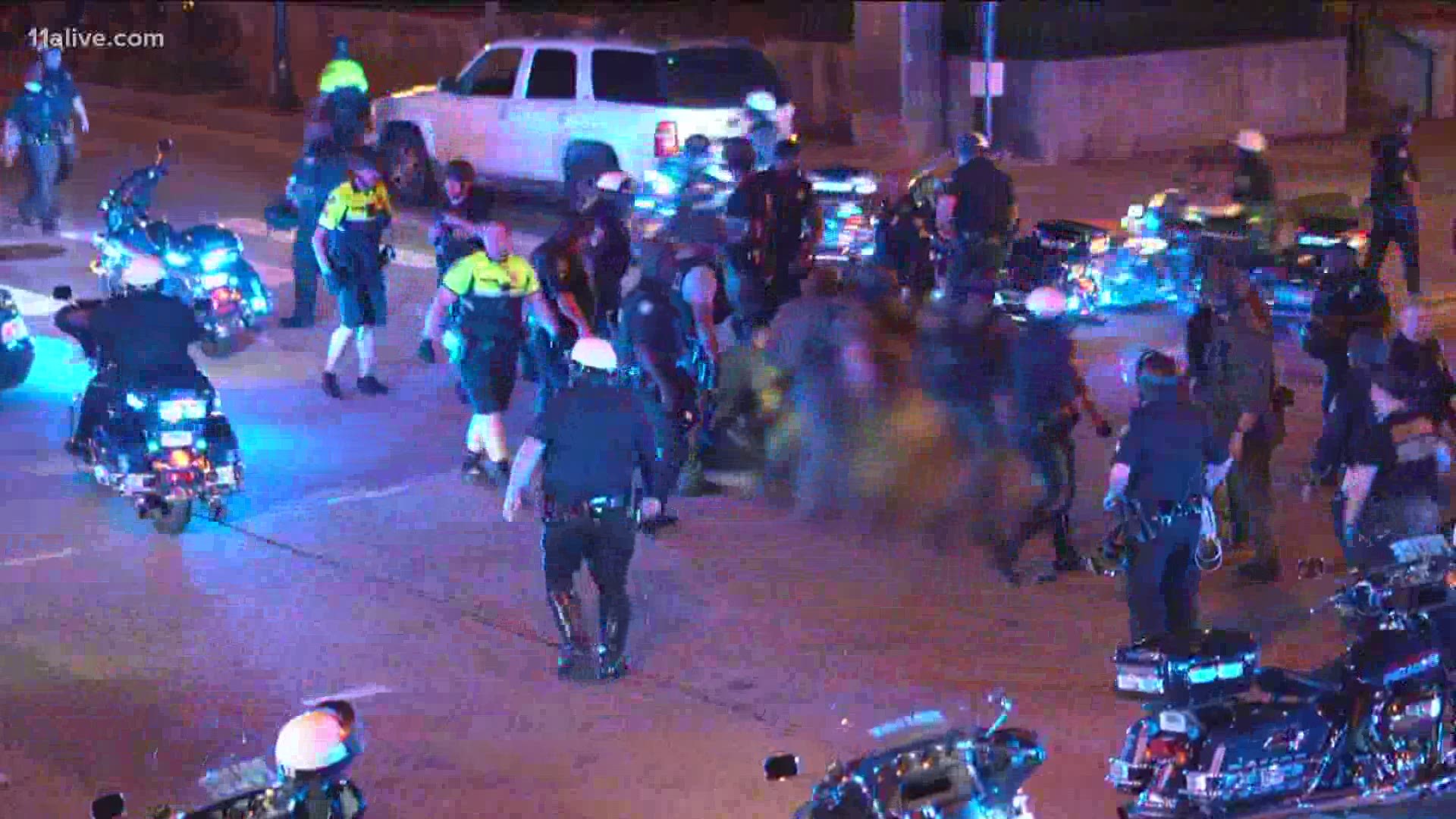 As officers worked to enforce the citywide curfew in Atlanta Saturday night, an Atlanta officer was seriously injured. It happened just before 10:30 p.m. on Ted Turner Drive.

We’re still working to learn more about what happened. While 11Alive was on the air, a yellow ATV sped past a row of Atlanta bicycle officers. Moments later, those officers took off running and biking down the road.

An 11Alive camera then saw an officer lying face down in the street. Reporter Ryan Kruger described hearing a loud sound when the ATV crashed into a motorcycle. Kruger said the officer didn’t take a direct hit from the ATV but the motorcycle did.

Atlanta Police Department said the injured officer, Maximilian Brewer, is a motorcycle officer and has serious injuries to his legs. He is now recovering at the Intensive Care Unit at Grady Hospital after undergoing surgery early this morning. He's been part of the department for 18 years, the department said.

The department set up a GoFundMe campaign to help support the officer's family at this time.

The driver of the ATV, 42-year-old Avery Goggans, was also injured. APD identified those injuries as minor. He was later charged with DUI, serious injury by vehicle, reckless driving, possession of marijuana and other traffic charges.

Atlanta Mayor Keisha Lance Bottoms ordered a mandatory curfew starting at 9:00 p.m. Saturday night after a destructive night of protests on Friday. Since the curfew began, police began using smoke bombs and force to disperse crowds. Small groups of demonstrators used fireworks and other projectiles against the police.

Larger groups of protestors remained peaceful throughout the night holding up signs and chanting in protest against the deaths of George Floyd, Breonna Taylor, Ahmaud Arbery, and others whose names might not be well known.

Protests heat up across America, governors call in National Guard

'This is chaos': How a peaceful protest gave way to a night of fury, from start to finish