Here's what we know about the arrests from the Atlanta protests 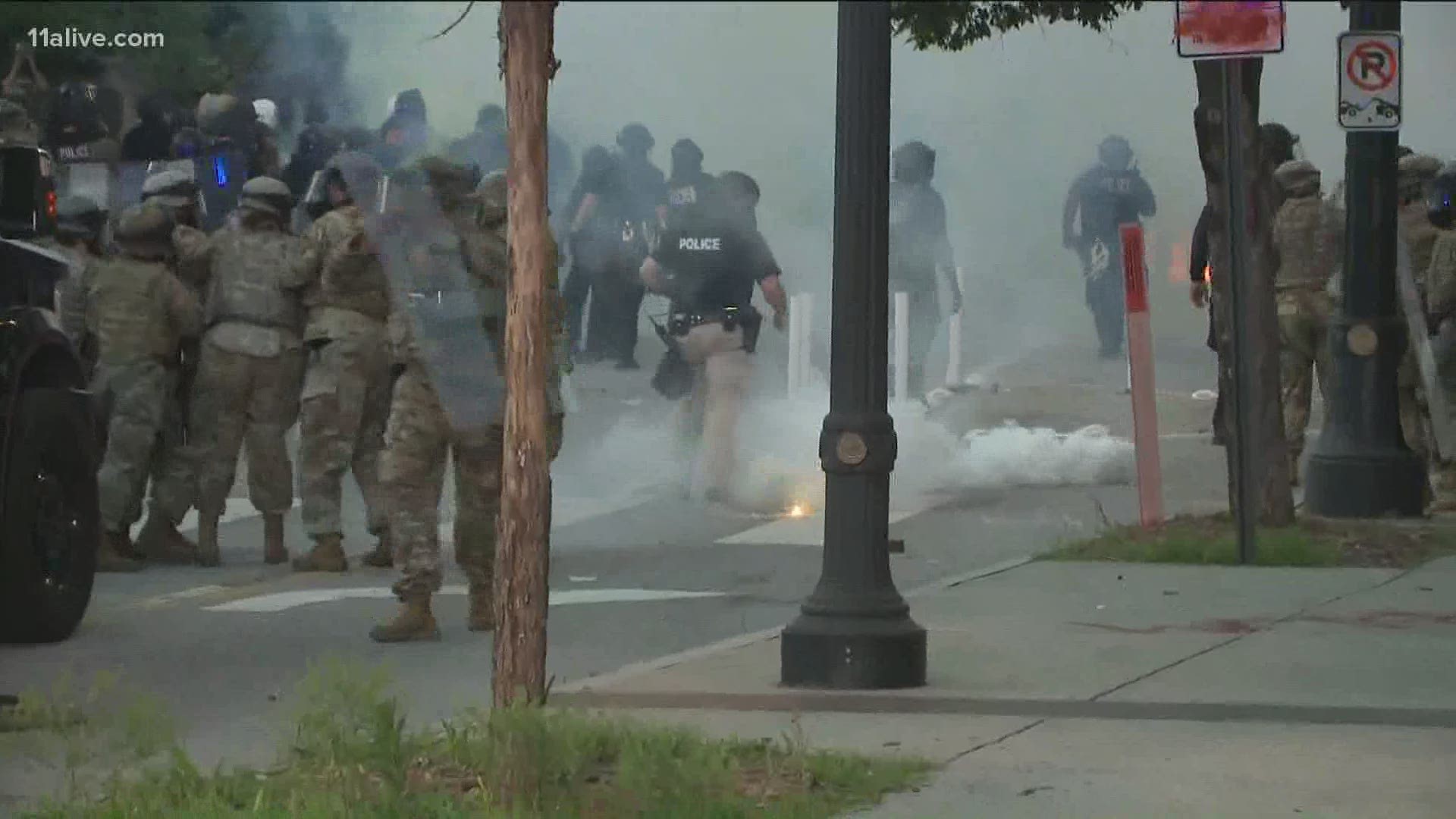 ATLANTA — Hundreds of people were arrested by authorities during an intense weekend of protesting in Atlanta, sparked by the deaths of three black Americans.

Protesters took to the streets of Atlanta, and across the nation, to demand attention on the killings of black Americans by law enforcement in the wake of the death of George Floyd. The 46-year-old died after a Minneapolis Police officer knelt on his neck for several minutes while Floyd was handcuff and pleaded for air.

The death - the latest in a string of incidents, including the death of Ahmaud Arbery in south Georgia and Breonna Taylor in Louisville - set off demonstrations across the country, with many of them turning heated.

The clashes in Atlanta between law enforcement and crowds on Friday night forced Mayor Keisha Lance Bottoms to enact a curfew for the remainder of the weekend. It also prompted Gov. Brian Kemp to sign an emergency order to activate the National Guard to assist.

In a briefing, Bottoms said she and law enforcement suspect that some of those who participated in the rioting Friday and vandalism Saturday night were not there to take part in the peaceful marches.

"That's something we're drilling down with, but we went through this extensively. Our normal - we'll call them our normal organizers in the city, who organize many of the protests and marches that we have in the city shared that many of the people who were wreaking havoc, they did not recognize. They did not know who they were, and they were not affiliated with any of the organizers of the peaceful protesters that we saw happening on Friday," Bottoms said.

Through it all, law enforcement made well over 200 arrests throughout the weekend.

On Sunday afternoon, Atlanta authorities told 11Alive 157 people were booked into the Atlanta City Detention Center during the overnight hours for violating the city's curfew. Atlanta Police made an additional 64 arrests Sunday night.

Of those arrested, officials said 85 of them had addresses from outside of Atlanta, but in Georgia. Forty-eight had Atlanta addresses. Seven total people were arrested during a protest outside of the governor's mansion.

There is no bond for that particular charge, according to detention center spokesperson Jamille Bradfield, and people booked on that charge are required to see a judge. They were scheduled for arraignment on Sunday.

Another 25 people were booked into the Fulton County Jail Saturday evening on state charges also ranging from disorderly conduct to pedestrian in roadway.

The sheriff's office said that the arrests were made by both Atlanta Police officers and Fulton County Sheriff's deputies.

Most of the charges, the sheriff's office said, are eligible for bond.

Third night of protests in Atlanta ends on restrained note