All Atlanta police officers will get $500 bonus today

The news comes on the heels of the department pushing back on rumors of mass walk outs. 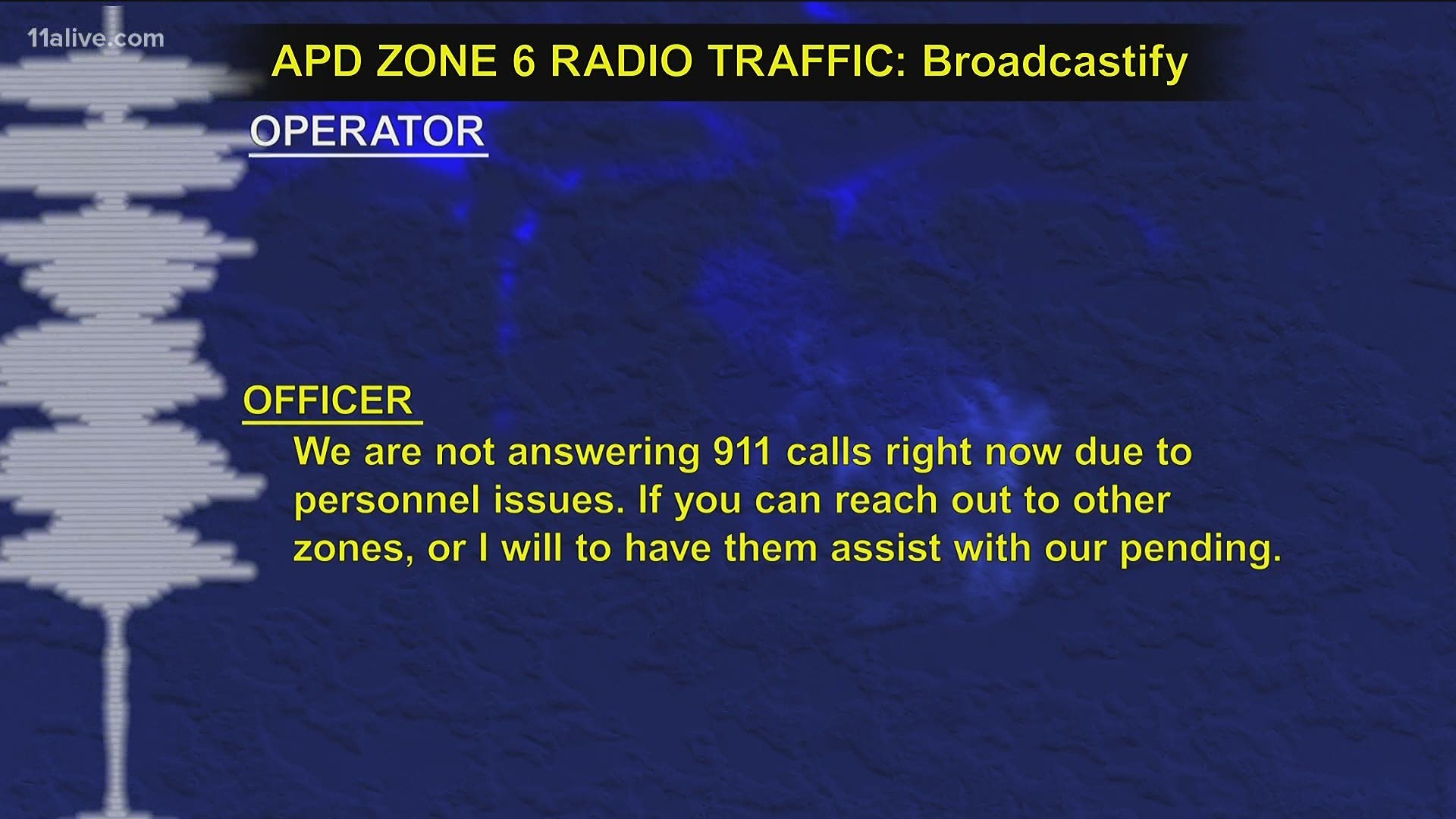 ATLANTA — Amid "low morale" and higher than usual "call outs" among the Atlanta Police Department, a law enforcement group is trying to give the officers a boost.

The news comes on the heels of the department pushing back on rumors of mass walk outs - dubbed the "blue flu" on Twitter - at the department Wednesday night after news broke that the two officers involved in the Friday night fatal shooting of Rayshard Brooks would be charged.

Though Atlanta Police said they were not seeing officers walking off the job, they did say that they had a higher than normal number of officers "call out" for their upcoming shifts Wednesday night. They stressed that there were enough resources available to respond to calls without interruption, a stance they reiterated again Thursday on Twitter.

11Alive is working to get more specifics of the plan from the Atlanta Police Foundation.

The group according to its website, was formed in 2003 and partners with the mayor's office, the Atlanta Police chief, and the department. It works to provide private resources to fund projects "designed to enhance the City of Atlanta's ability to fight and prevent crime," according to the organization.