As daylight saving nears, could Kentucky do away with the time change?

A number of other states have decided to get rid of Daylight Saving Time, so will the Commonwealth join them? 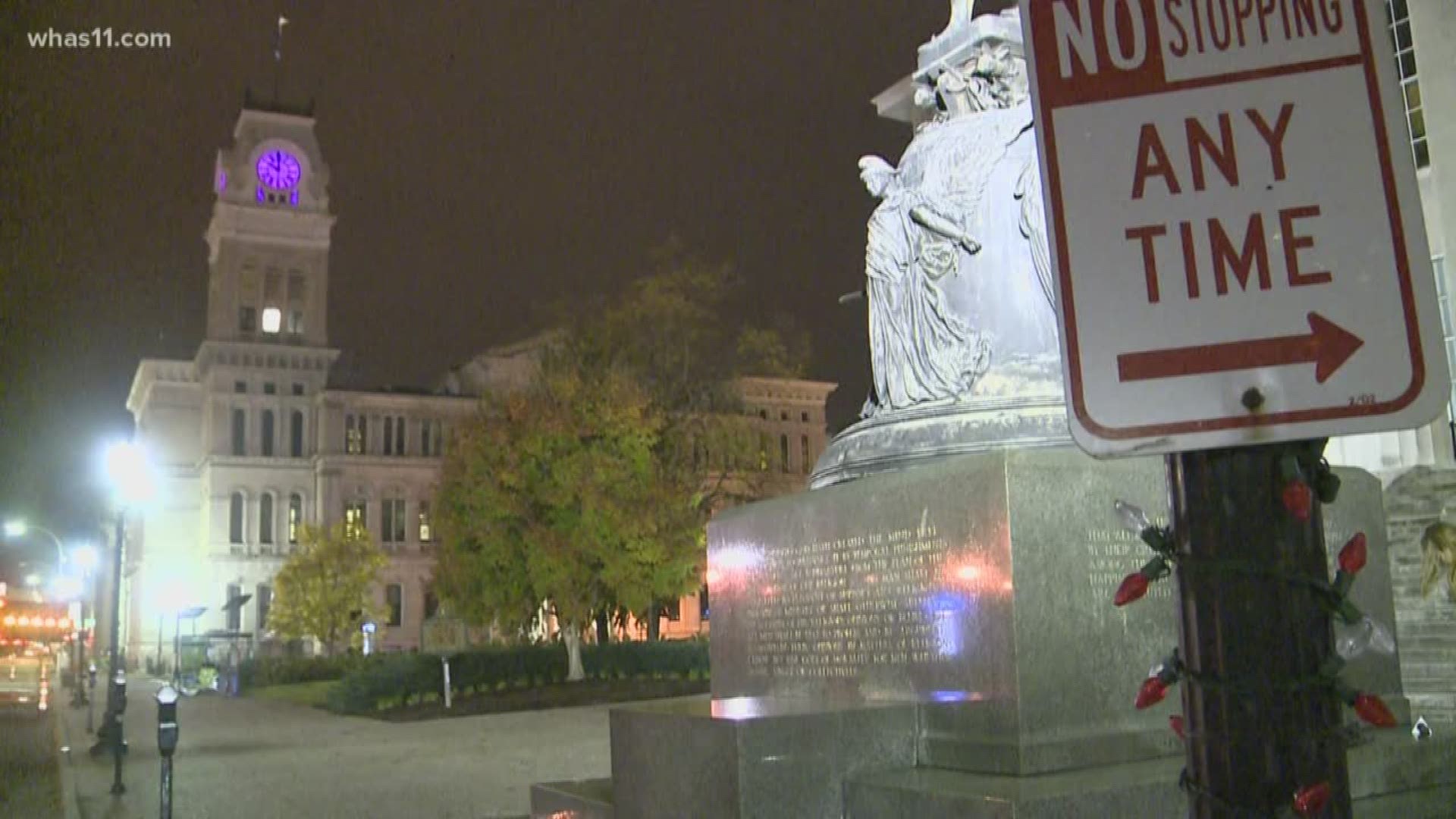 LOUISVILLE, Ky. — The time is winding down before we all have to turn our clocks back an hour.

But what if we never had to change them again for Daylight Saving Time?

It could be possible if a bill pre-filed by two Kentucky lawmakers in July passes.

The bill, sponsored by Representatives Bart Rowland and Brandon Reed, would make daylight saving time, the time we set our clocks forward an hour from March to November, year-round.

Bill Request 181 would only go into effect if Congress passed a law authorizing all states to observe daylight saving time permanent.

Senator Marco Rubio and Rep. Vern Buchanan introduced legislation earlier this year that would make DST year-round, though the legislation has yet to pass.

A familiar clock dependent on DST is one you've either driven right by downtown or maybe you glanced up just to check the time as you walked by on Jefferson St.

The original Louisville city hall clock ticks just as any other clock would. The building itself has been standing since 1873.

"It runs just as fluent as your clock on the wall," Joe Nichols said.

Nichols is the facilities maintenance supervisor. He works with Kip Dix, who works as an electrician who's helped oversee the clock for the last 10 years.

"A lot of times the most simple things works the best," Dix said.

Dix said the clock runs 24 hours a day, seven days a week, but the maintenance team does routinely check to make sure everything is working properly.

"Everything that operates the all four faces of the clock starts from right here at this small tiny motor," Nichols said.

An electric motor turns the hands on each of the four clock faces every second in real time.

"The gear mechanism that runs this, goes into this one shaft, goes up to the gear system, in order to turn all shafts the same and that's what keeps it in time," Nichols said.

The team keep the gears greased as needed. They are also responsible for changing the clock's color for different occasions.

Most importantly, the maintenance staff makes sure the clock matches the exact time. In order to change it for daylight saving, there's a simple process.

So when the clock hits 2 a.m. Sunday morning, that's all it really takes. Dix said people are often surprised to learn how quickly the clocks are changed.

But that step wouldn't be needed if Kentucky did away with the time change every six months.

President Donald Trump has said he supports making daylight saving time permanent, tweeting in March that the legislation would be "OK with me."

After a nod of his support, states around the nation are introducing or passing similar bills, citing saved energy and crime reduction.

"They're curious about it all the time. We have people that ask about the clock all the time," Dix said of the Metro Hall clock.

"A lot of people around town go by this clock," Nichols added. "Everyone's always watching it and believe me, if its off, if these clocks look like they're off five minutes, it's a code red, someones definitely contacting us to get it     straight," Nichols said.

If the bill is passed during the 2020 General Assembly... Kentucky would join more than a dozen other states that have passed similar laws.