The LaVilla School of the Arts bought more air purifiers and is planning to conduct virtual performances through the first nine weeks of the school year. 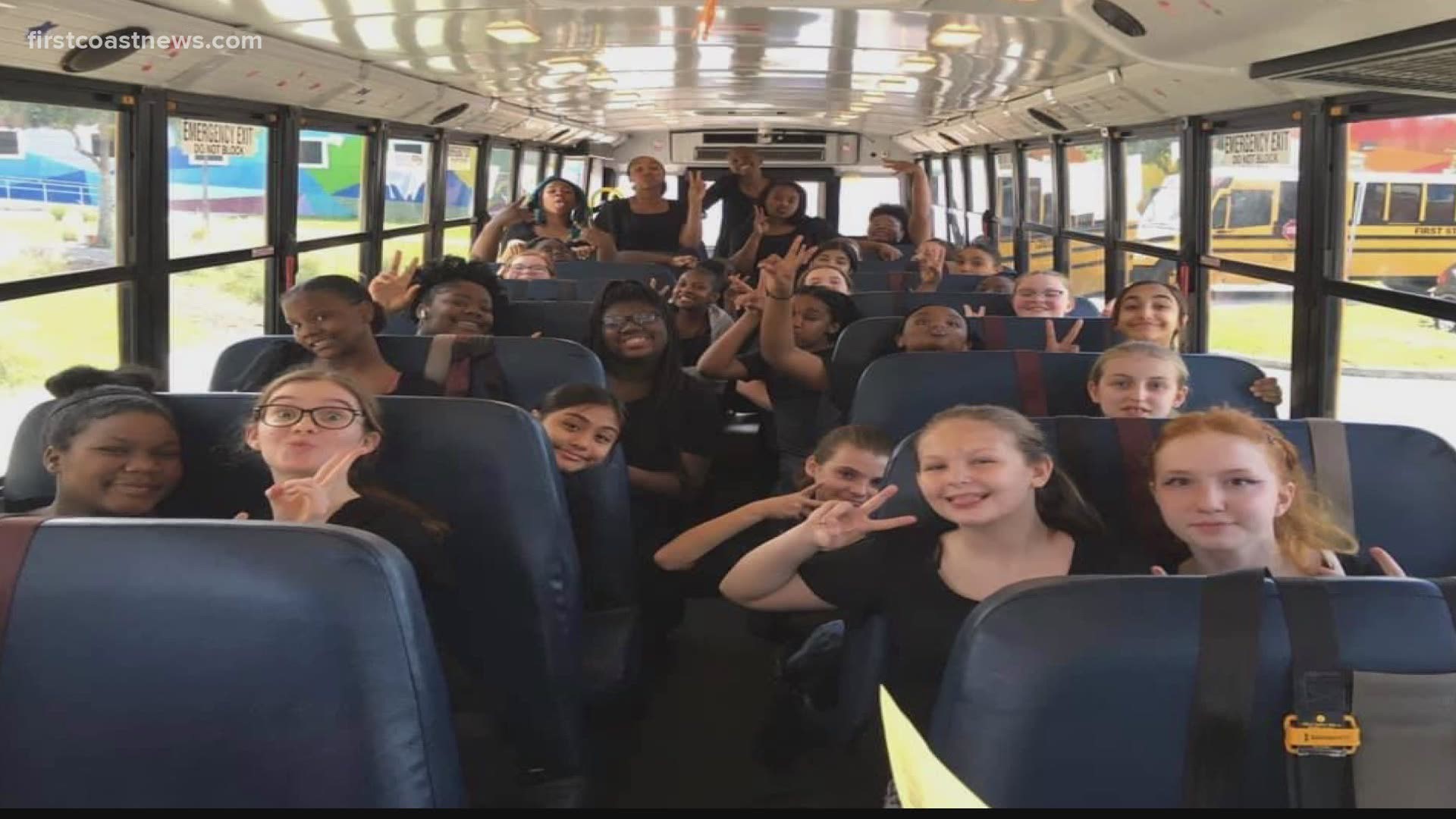 JACKSONVILLE, Fla. — It’s a moment Shawn Pendry holds close – his LaVilla School of the Arts students heading to what would be their final performance together before COVID-19 sent them home for the rest of the school year in mid-March.

“For the arts, there is an inherent problem of how do we really get to artistic craft digitally, particularly in performing arts?” he asked.

That’s been a challenge, Pendry says, considering the best teaching method is in-person practice and training. For him, it wasn’t a matter of if, but how he would get his students back together.

After some research, he found masks designed specifically for singers.

“It is a three-layer mask that comes out further from the mouth and allows more extension for jaw movement. It allows students, in concept, to engage in music making in a classroom where otherwise there would be none,” Pendry told First Coast News.

There are also more air filters in the classroom, circulating in a 30,000-square-foot space. Pendry says he’s also looking at providing more distance between students, about a 9-by-9-foot space instead of 6 feet.

“The base of our art form is all of us breathing together as deeply as we can and breathing out some mutual human experience,” he said.

Credit: Courtesy: Shawn Pendry
Shawn Pendry, choral director at LaVilla School of the Arts, is planning in-person and virtual lessons for his students.

Pendry says the upcoming school year will look different. If many of his students choose online learning to start the year, he will also be virtual.

It’s a change in mindset after what’s also been a change in how teachers deliver their lessons.

“If things get better and all of a sudden we can get in an auditorium, but we can’t go forward like that,” he said.