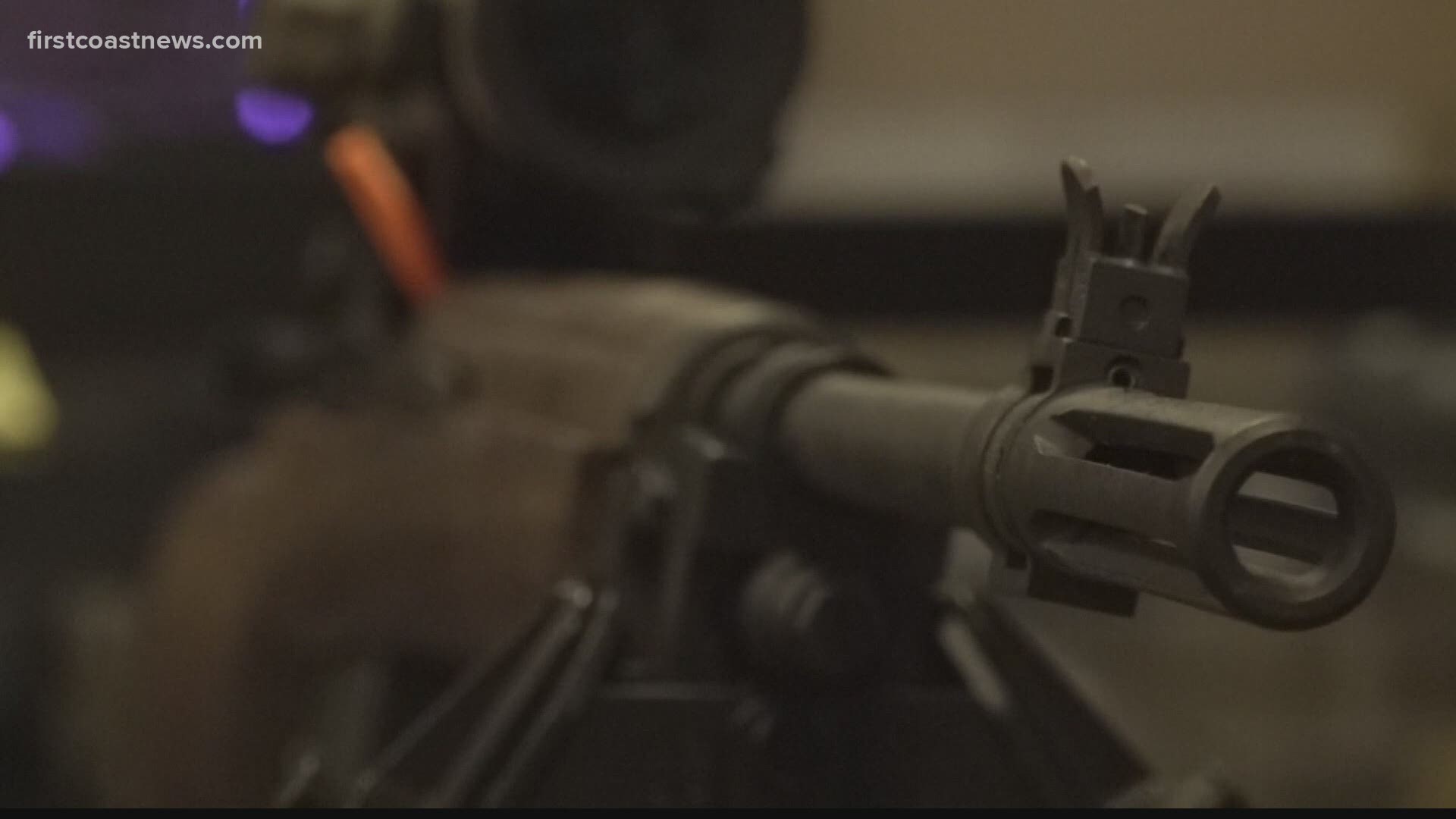 “Gun violence in this country is an epidemic and an international embarrassment,” Biden said from the White House.

Following a series of mass shootings across the country, President Biden took a stand with his initial steps to address gun violence. He stressed his recommendations don’t impinge upon the Second Amendment.

“No Amendment to the Constitution is absolute,” Biden said.

The DOJ will publish model legislation of “Red Flag” laws where families or police can request courts temporarily remove guns from those who are a danger to themselves or others.

President Bidens issued rules on “ghost guns,” that are mostly homemade with kits, don’t have serial numbers and are not subjected to background checks.

“You order all of the parts, you assemble the into the frame and essentially you’ve built a firearm with a background check or serial number,” Farhat explained. “Even though right now they’re legal, we’ve never messed with them.”

President Biden will also issue regulations for stabilizing braces, which allow pistols to be used like short rifles, with greater accuracy.

Farhat said the stabilizing brace is often used for pistols bought for protection inside a house and its accuracy and stability is better suited than a pistol without one.

“It’s just this little piece of plastic,” Farhat said. “Without it you hold the gun up and its heavy and it’s shaky. This will give you more control.”

Farhat says these measures won’t necessarily hurt his 50-year-old family business, but more aggressive legislation in the future definitely could.

“Any of these guns here that you see,” Farhat started, pointing to a wall of firearms. “If they can hold more than 10 rounds, if they do pass an assault weapon ban, these guns are going to go away.”

Katie Hathaway with Moms Demand Action said that is imperative.