Amtrak train, semi-truck collide in Palatka; 162 people on board, 3 taken to hospital

One-hundred and sixty-two people were on board, the Amtrak public information officer, Kimberly Woods, said. 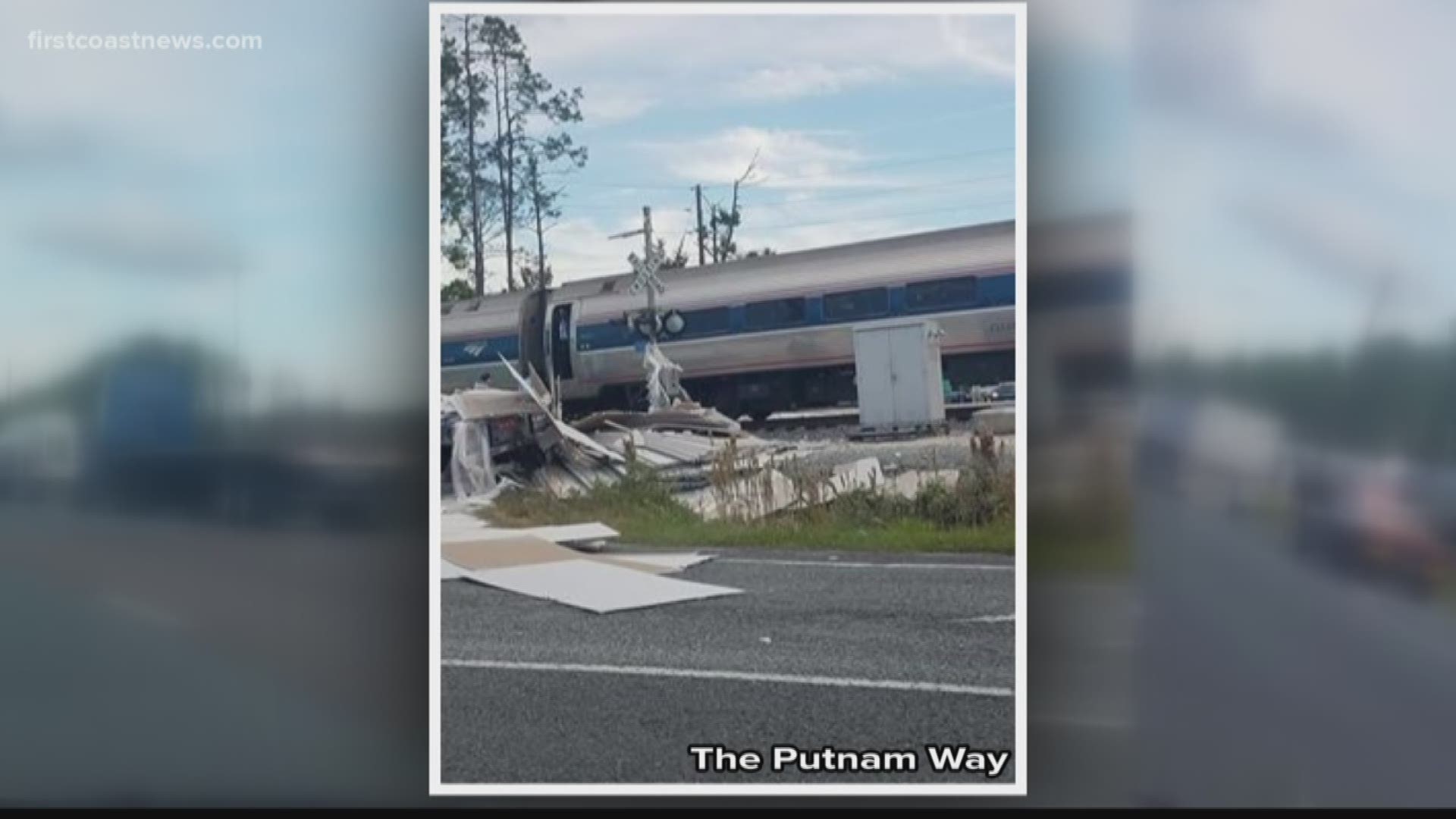 Authorities are investigating a crash between an Amtrak train carrying 162 people and a semi-truck in Palatka Thursday morning.

The accident happened around 10:38 a.m. near Seminole Electric on US-17.

The Amtrak public information officer, Kimberly Woods, said that 12 people were injured and four were taken to the hospital.

Service on the train has been suspended. The train came from New York and was headed to Miami, she said.

The Putnam Way posted photos of the crash on their Facebook page.