Amendment 9 would ban offshore drilling in FL waters, vaping at the workplace

"What that means on the east coast of Florida is within three miles of our coastline it would prohibit drilling for oil and natural gas," Jen Lomberk said. She is the Matanzas Riverkeeper in St. Johns County. 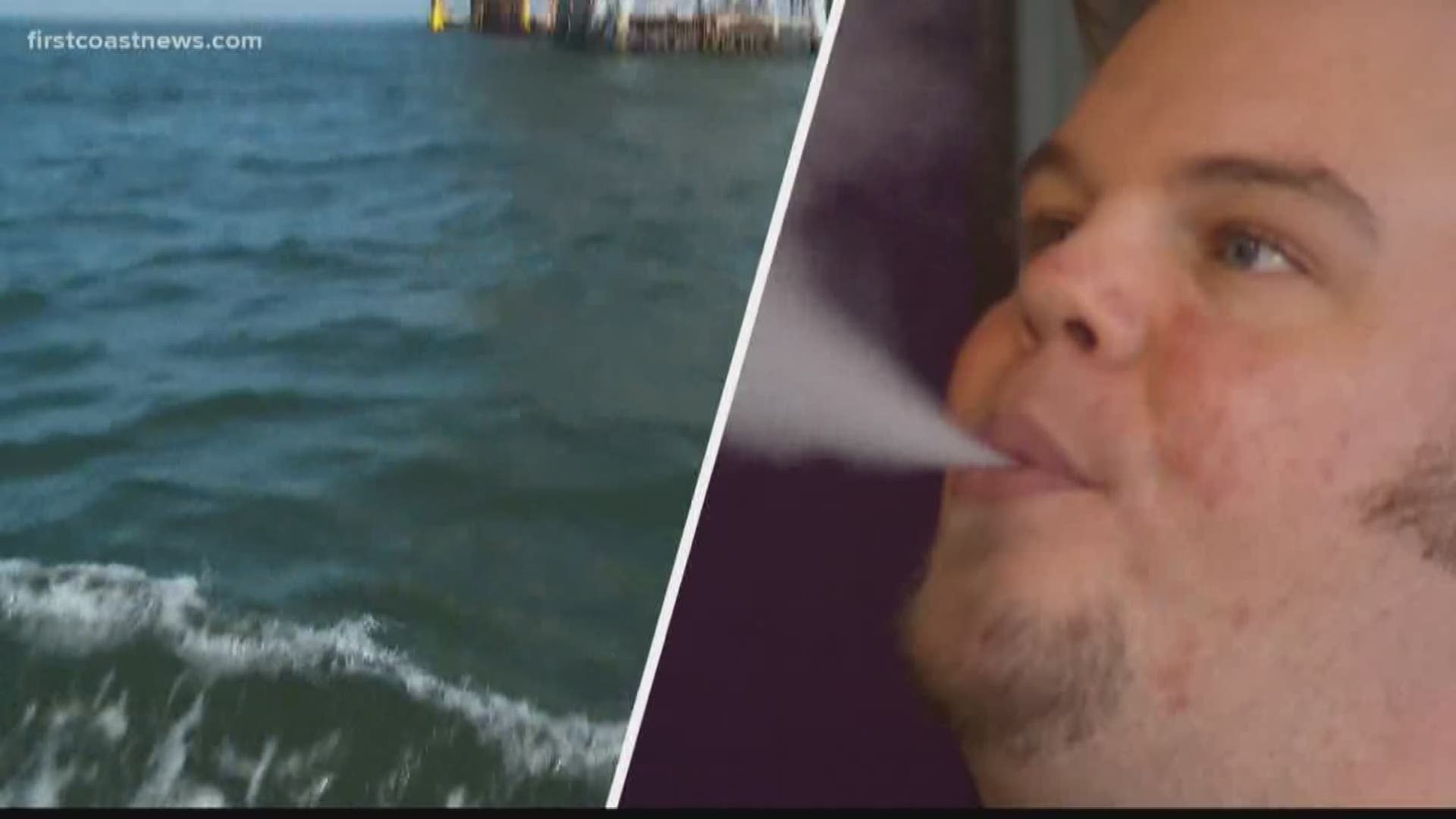 ST. AUGUSTINE, Fla. -- One of the waves of amendments rolling in on the Florida ballot is Amendment 9, which would ban offshore drilling in state waters.

"What that means on the east coast of Florida is within three miles of our coastline it would prohibit drilling for oil and natural gas," Jen Lomberk said. She is the Matanzas Riverkeeper in St. Johns County.

For perspective, three miles is the length of the Buckman Bridge.

"Three miles off the coast, it would be within eyeshot if you had an oil or drilling platform," Lomberk said.

Lomberk is encouraging people to vote Yes on Amendment 9. She said offshore oil drilling so close to the coast could impact the environment and the economy. She points to what happened to Louisiana after the BP disaster.

"The BP oil spill was 41 miles off the coast of Louisiana and that devastate their economy and their environment and way of life there. We're talking about three miles off our beaches here," Lomberk said.

Ned Bowman wants people to vote NO on Amendment 9. "We support responsible drilling off our shore," he said.

Bowman is the Executive Director of the Florida Petroleum Marketers Association in Tallahassee. He said Florida would benefit from offshore oil drilling.

"You get more fuel into the system, so you have more access to crude," he said.

But Amendment 9 does more than address offshore drilling. It would also ban the use of e-cigarettes in all Florida workplaces where smoking is already prohibited such as restaurants and indoor shopping malls.

A yes to Amendment 9 would ban offshore drilling and vaping at the workplace.

But that's how the Constitutional Revision Commission bundled the amendments he and Lomberk said.

And while Florida already has a state law that bans oil drilling in state waters, voting yes to Amendment 9 would actually make a change to the state constitution.

"And it's a lot more difficult to get a constitutional amendment in place than it is to get a law repealed," Lomberk noted.

Essentially, Amendment 9 would provide a stronger protection against oil drilling.