The abduction was domestic-related and not a random kidnapping. 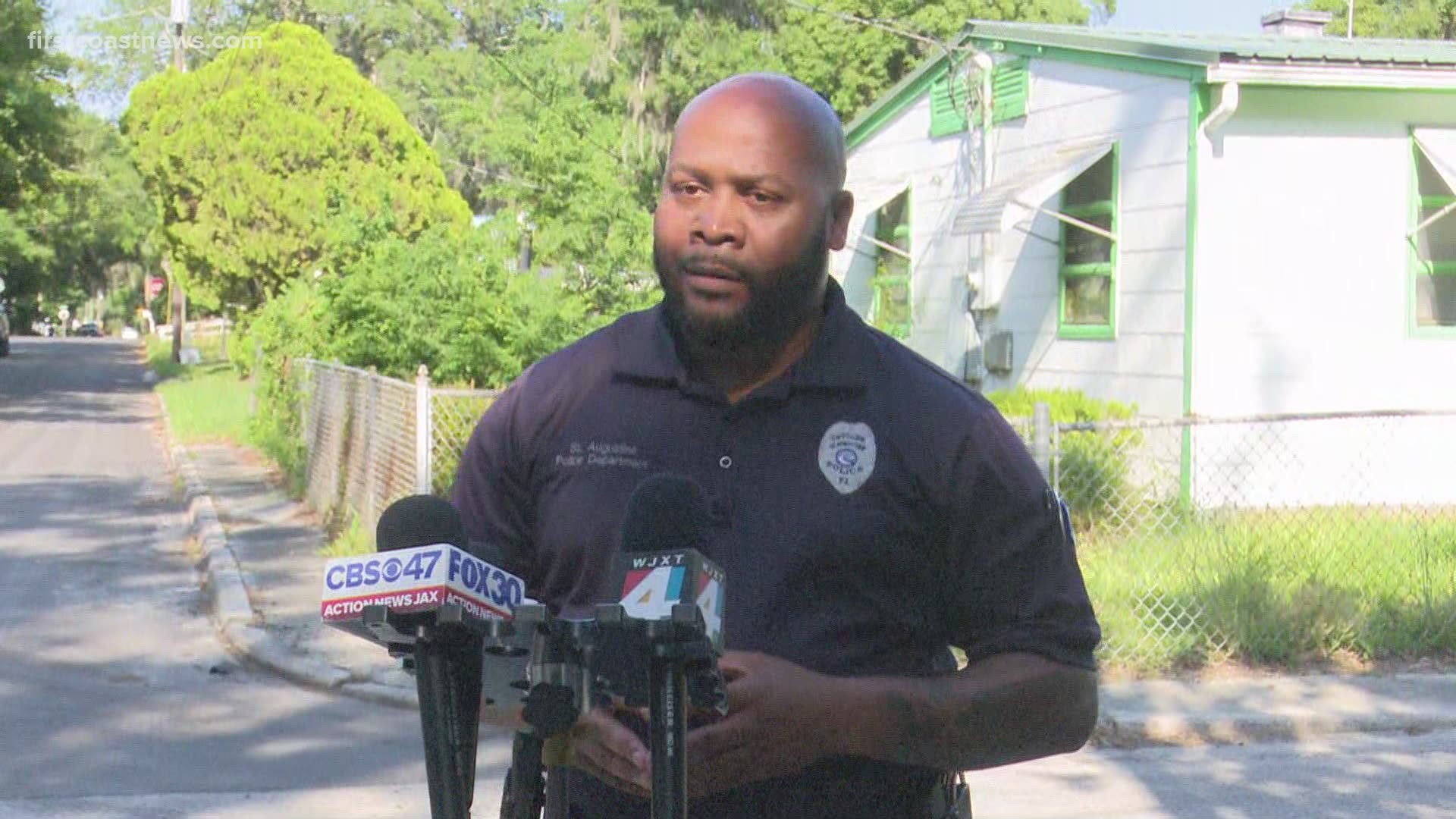 ST. AUGUSTINE, Fla — The St. Augustine Police Department confirms 6-year-old El'egance McGlocking has been found safe after being the center of a Florida Amber Alert Thursday.

Police said they got a call about a child abduction around 1 p.m.

With the assistance of the Jacksonville Sheriff's Office, the child was found safe a few hours later around 4:40 p.m.

The abduction was domestic-related and not a random incident, police said during a media briefing Thursday evening. There is no threat to the public.

When the Amber Alert was initially released authorities reported that the 6-year-old was in the company of two women, Essence Price and Alina Holmes.

Police said Price is McGlocking's mother and Holmes is her godmother and family friend.

An Amber Alert was issued after the women took McGlocking since her father has custody of her, police said.

“The father has custody of the child so any time a kid comes up and grabs a kid you want to take that seriously," said Officer Dee Brown with the St. Augustine Police Department.

The incident is being investigated as a kidnapping. Authorities are currently headed to Jacksonville, where the 6-year-old girl is in the custody of JSO at this time.

“I can’t give enough thanks to the Jacksonville Sheriff's Office and the community and the citizens of St. Johns and Duval County with all the calls they made," Brown said.

The Florida AMBER Alert issued for El'egance McGlocking has been cancelled. We are happy to report that the child is safe. Thank you for sharing! Please contact the St. Augustine Police Department at 904-825-1070 for more information.

A Florida Amber Alert has been issued for 6-year-old El'egance McGlocking who was kidnapped in St. Augustine.

She was last seen in the area of the 100 block of Julia Street in St. Augustine.

Police said McGlocking may be in the company of Alina Holmes and Essence Price.

Credit: FDLE
Kidnapped 6-year-old El'egance McGlocking may be in the company of Essence Price( Left), and Alina Holmes (Right).

They may be traveling in a 2001, black Acura CL, with the GA tag number RYT5647, or in a silver Chevrolet SUV, police said.

If you have any information on the whereabouts of this child please contact the St Augustine Police Department at 904-825-1070 or 911.

FL AMBER Alert for El'egance McGlocking, a black female, 6 years old, last seen in in St. Augustine, may be traveling in a 2001, black Acura CL, GA tag number RYT5647 or a silver Chevrolet SUV. Contact the St Augustine Police Department at 904-825-1070 or 911 with info. #FLAMBER. pic.twitter.com/8RzM6lxvGL