All 42 miles of the St. Johns County shoreline will be closed to beachgoers beginning Sunday at 6 a.m. 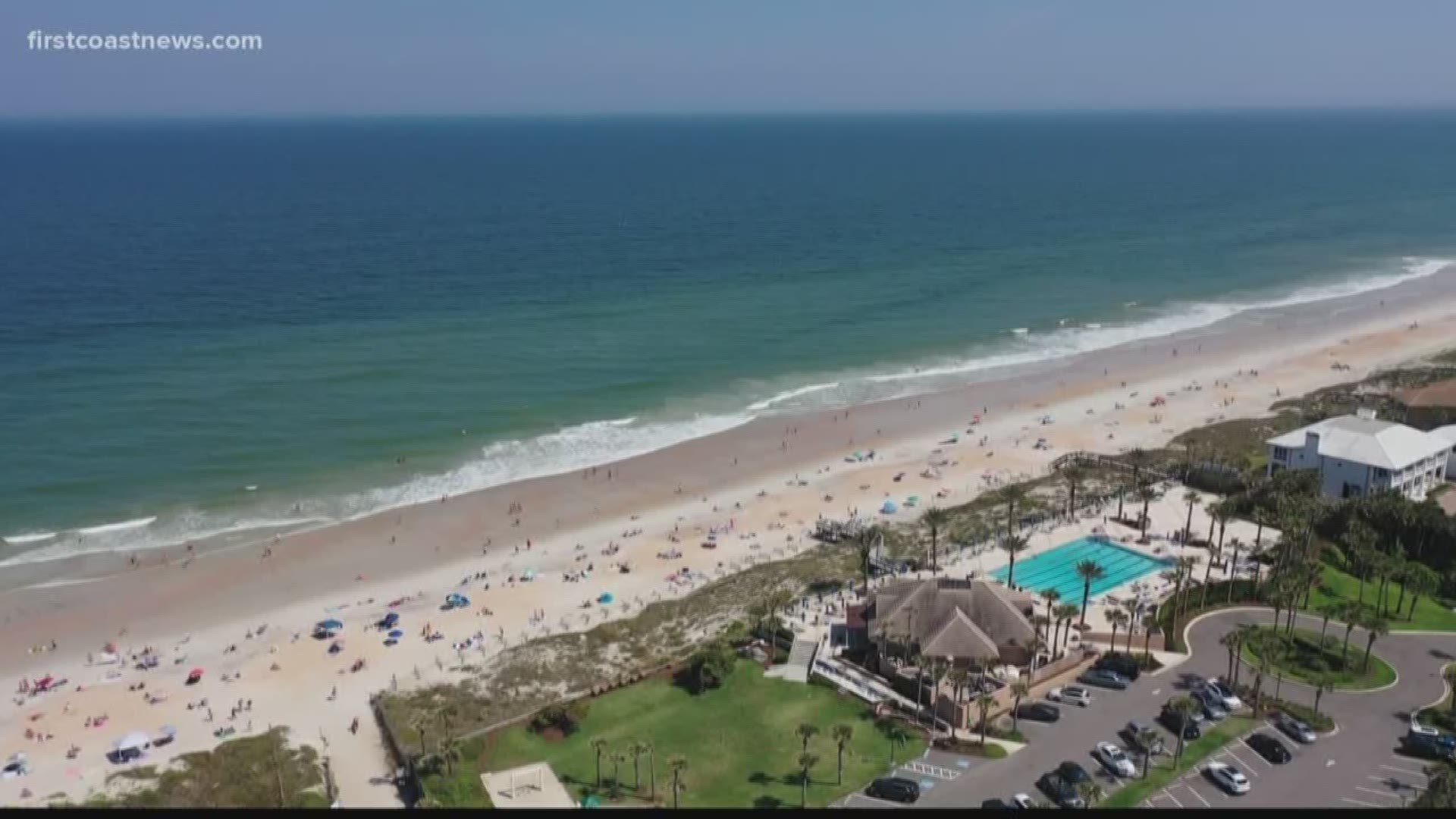 Eight days prior, Jacksonville Mayor Lenny Curry announced the closure of all beaches in Duval County. Coronavirus, and particularly the fear of its spread, had St. Johns County officials decided to try a "middle ground" approach by merely closing beach parking lots and banning vehicles on the sand, but not outright closures.

"This is the best decision and the right decision at this point in time," county law enforcement director David Messenger told First Coast News shortly after the announcement.

The county had announced the parking lot closure last Monday, making Saturday the first weekend day using the new approach. As temperatures soared and the sun shone brightly, it would make for an apt test.

It was an experiment that beachgoer Paul Carlin tersely said failed.

"Too many people showed up," was his assessment as he and his wife Amanda left the beach at Mickler's Landing, after fishing since early morning.

"As the day went by, [crowds of people] just got closer and closer," Amanda Carlin said.

Tony Wanderon, a nearby neighbor whose house overlooks the beach, said he couldn't understand the rationale of allowing the public on beaches after closing so many other establishments.

"Asking small businesses to close - restaurants and bars - and we’re allowing thousands of people on the beach, really unchecked," he said, also shaking his head about how the closure of parking lots was affecting the vicinity.

"And now you have parking across the street of A1A, and that’s a pretty dangerous crossing," he added, noting further that many displaced drivers were forced to either pay to park at otherwise quiet businesses' parking lots or to park illegally.

"The tags that [officers] were running for parking tickets, I would say a large majority were not residents here, of St. Johns County," St. Augustine Beach police chief Robert Hardwick noted after surveying beach areas from his jurisdiction all the way north to Mickler's Saturday afternoon.

But along with those safety and traffic woes, the final tipping point might have been the risk to public health.

"We hoped that by closing public parking lots and limiting vehicular access, that would keep people from violating the CDC guidelines," county administrator Hunter Conrad reasoned, explaining that as the day wore on, he and his counterparts noticed the same thing Amanda Carlin had pointed out.

"We noticed our beaches are being packed at these choke points, we’ll call them, where they have access to the beach," he said.

"We believed, on the advice of medical officials, that this was a good outlet for people’s mental health," he continued.

A casual scan of the crowd size would indicate that many people agreed with that logic.

"It’s frustrating because we enjoy the beach, we enjoy fishing," Amanda Carlin said of people appearing to flout pleas from the CDC that people maintain social distancing.

As might be expected among residents and visitors in a beach-obsessed community, even Tony Wanderon tempered his conclusion that beaches should be closed, with regret. He also made it clear that he wasn't just looking to have the beach more to himself.

"I don’t think even the homeowners should be allowed on the beach."

Just days after the United States eclipsed all other countries' coronavirus case numbers, and despite the devastation to the local economy - chief Hardwick said hotel occupancy in St. Augustine Beach has shrunk to less than 20 percent - the decision-makers and at least some of their constituents appeared resigned to the outcome announced Saturday evening.

"It doesn’t really make any sense to me, to keep our beaches open at all at this particular point," Wanderon concluded.