Algae conditions in the St. Johns River could be the 'perfect storm' 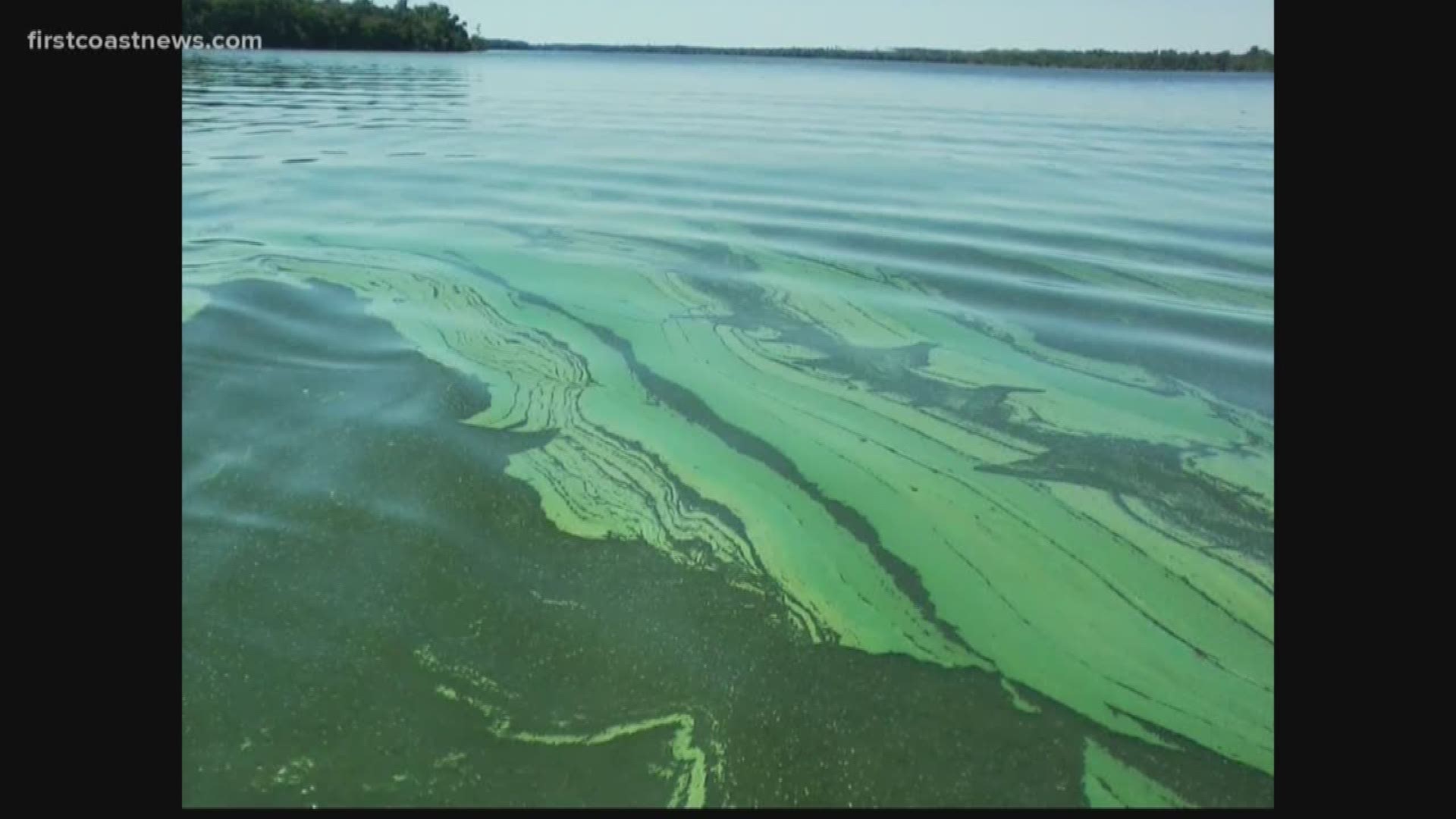 They started in Jacksonville Friday, heading south. The first place where they saw the algae bloom was by the Shands Bridge. That's the bridge that connects St. Johns County to Clay County.

They didn't see any of the algae on the top of the water between Jacksonville and the Shands Bridge.

"Sometimes you don't have scum on the surface but you can see it underneath the water and that can be just as dangerous as on the surface," Rinaman said.

Indeed, there have been reports of blue-green algae further north in "Julington Creek and in Doctors Lake. This is the furthest north we've actually seen it," Rinaman said.

The algae appears to be moving north because further south, such as in Putnam County, the algae is thick and coats the water's surface.

Rinaman said toxin is being detected in the algae, "They're not high levels at this point."

But scientists, such as Dr. Melinda Simmons with Jacksonville University, are worried about what they're seeing on the river and under the microscope.

"The species that we are currently seeing," Simmons said, "seems to be setting things up for the perfect storm for the rest of the summer."

She explained because it's an aggressive kind of algae and because it started appearing so early in the year, the algae bloom could get a lot worse and spread a lot more.

"So this could truly turn into a super bloom," Rinaman said, "A super bloom is when you have a large area covered with green algae for a long period of time. Some people call it the green monster."

No wildlife has died that we know of because of this algae bloom but, "we're expecting reports. I hope that's not the case," Simmons said.

These water experts fear this algae bloom could get worse before it gets better.

If you see blue-green algae, you're advised to steer clear of it and also report it to the state Department of Environmental Protection.