'My days are getting harder because Ahmaud’s never coming home': Ahmaud Arbery’s mother on 7 months of mourning

Wanda Cooper-Jones speaks about coping with both personal and political turmoil following her son's death. 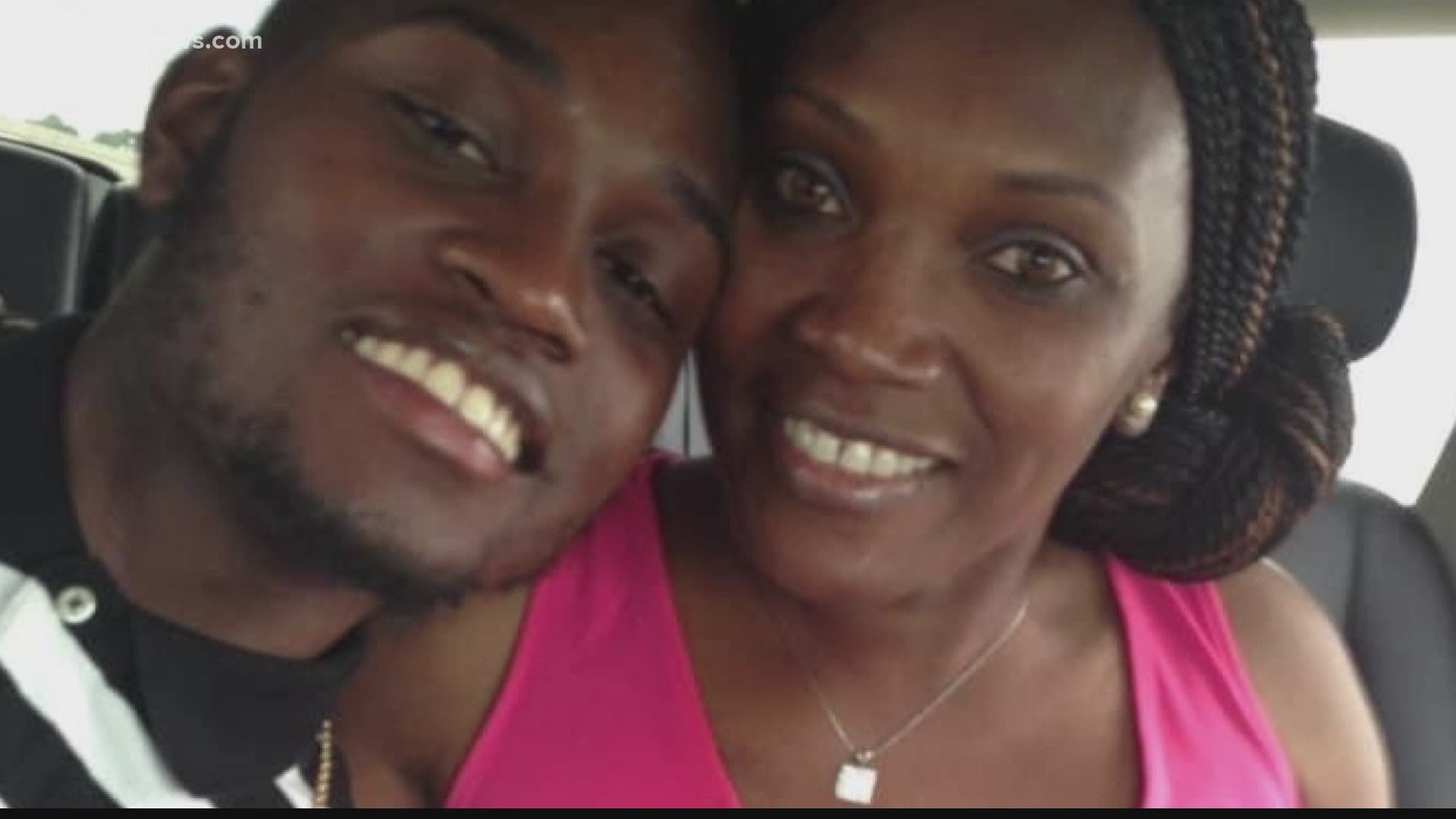 Seven months ago, her son Ahmaud Arbery was shot to death in a South Georgia neighborhood. His name is now one of many that have become synonymous with a national call for racial justice.

Cooper-Jones is one of many mothers who have seen their child’s death take on national significance.

“Ahmaud wasn’t just a jogger that decided to go jogging on a Sunday afternoon. Ahmaud was my son. He was my baby boy,” Cooper-Jones told First Coast News in a one-on-one interview Wednesday.

Arbery's name has become a touchstone in the fight against systemic racism, both for his former coaches and teammates at Brunswick High School and for high-profile athletes around the country.

Arbery’s family thanked athletes like tennis player Naomi Osaka for reminding everyone of his name when she wore a mask emblazoned with it during the U.S. Open.

“To see the players wear the mask displaying his name, it really — I was thankful, very thankful,” Cooper-Jones said.

Cooper-Jones, who spoke at the March on Washington in August, says her role in the event was bittersweet.

An attorney for William “Roddie” Bryan, the man who recorded the viral video of Arbery’s death, filed a motion for a speedy trial on Friday. But Arbery’s family attorney Lee Merritt says the trial for the men accused in his death is on hold.

“It’s a bit unsettling for the family not to know when the next date is, when the next hearing is, but we are comforted by the fact in the meantime these men are behind bars,” Merritt said.

Merritt tells First Coast News that the family is preparing to file a civil suit against Glynn County, but at Ms. Cooper-Jones’ request, they are electing to focus on the criminal trial first.

For Cooper-Jones, support from Brunswick residents and protesters around the nation is part of what sustains her.

“The support of others is what I’ve been going on for months,” Cooper-Jones said. “Everybody who stood and supported my family in this horrible time, just, thank you. Your love is very much appreciated."

She added, “I won’t stop until we get justice. In the very beginning, my cry was I want all hands involved in the murder of Ahmaud to be dealt with. And that’s still my cry."