'When you killed my youngest kid, my whole life changed' | Ahmaud Arbery's father looks back on past year since son's death

Marcus Arbery Sr. said it has been amazing to see people come together to fight for justice for his son. He said his son's death, though, left a scar on Brunswick. 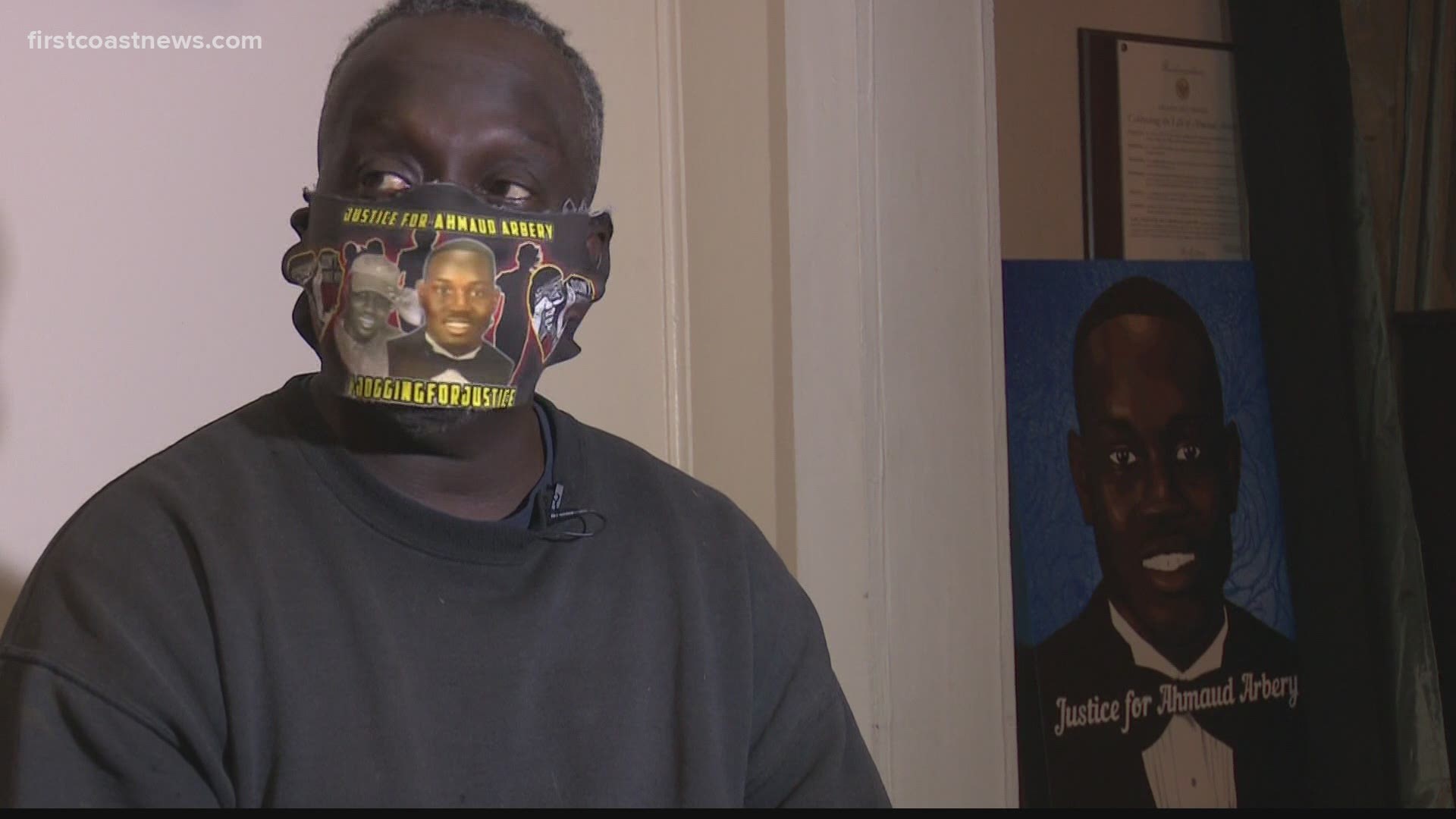 BRUNSWICK, Ga. — One year ago, when Marcus Arbery lost his son, life as he knew it ended too.

"When you kill my youngest kid, my whole life changed," Arbery said. "I'm not even the same man anymore."

"It's rough," Arbery explained. "It's like you're dealing with it all over again, and you know, it's something that just won't go away."

Each day that has passed, Arbery said he has felt his son Ahmaud's absence.

"What would I say to my son if he was sitting right next to me? He'd be telling me the same thing, how much he loves me and I'll tell him how much I love him," Arbery said. "Those are the kinds of things he always told all the family, and when you just can't hear those things anymore from him, that’s really a hard thing because every day he told you that."

That pain, though, motivates him to demand justice for his son.

Drawings, paintings and other tributes to Ahmaud from strangers from across the country fill his home. As he showed them to First Coast News, Arbery said he is still surprised at the impact his son's death had and continues to have across the country.

“It’s incredible to me that his death opened the world up and he exposed a lot of things with this death," Arbery explained. "I’ve seen a lot of people pull together, and that really surprised me. I’ve seen Black and white people pulling together."

“All the people that started this run for my son and the Arbery family, I just want to tell them God bless them and I hope you continue this run," Arbery continued, referencing the I Run With Maud movement that took off around the world to honor his son. "Just keep on fighting with us until we get justice for Ahmaud. If we get justice, maybe things will change, because if we don't get justice, this stuff is going to keep going on. It has to stop somewhere. It has got to stop."

Arbery said he believes his son's death has led to change in his hometown of Brunswick, Georgia. In the last election, people voted Jackie Johnson out of office, the first district attorney who handled Arbery's case.

"Oh Lord, I was so thanking God that she was gone because she was running a ruckus for so long," Arbery said. "She needs to be in jail right beside the McMichaels."

Despite changes like Johnson removed from office, Arbery believes his town will always carry the scar of his Ahmaud's death, and the way it was investigated.

"My children, they were raised up in this town. They hate this town now. They hate it. They used to love Brunswick. They used to love around here," Arbery said. "My other two children, they don’t like it here anymore. They don’t like it here anymore because they're living in fear. They’re scared that if they go certain places they might get racially profiled and lose their lives."

"They've seen what happened to their brother and that stuff worries me real bad. When your children get grown, you can’t be everywhere with them because they have their own life to live," Arbery continued. "I make sure I tell them, ‘Hey, if you feel something ain’t right, call your Daddy. Call me because I’m coming. I’m coming.'"

He hopes, though, that the changes his son's death helped ignite in Brunswick and across the country are here to stay. Arbery hopes justice for Ahmaud will prompt more changes, and that his son's death will not be in vain.

Arbery will join friends, family and community members for a memorial walk through the neighborhood his son was killed, Satilla Shores, on Tuesday. There will then be a candlelight vigil. The memorial starts at 5:30 p.m.