Search still on for missing 22-year-old swimmer from Tampa 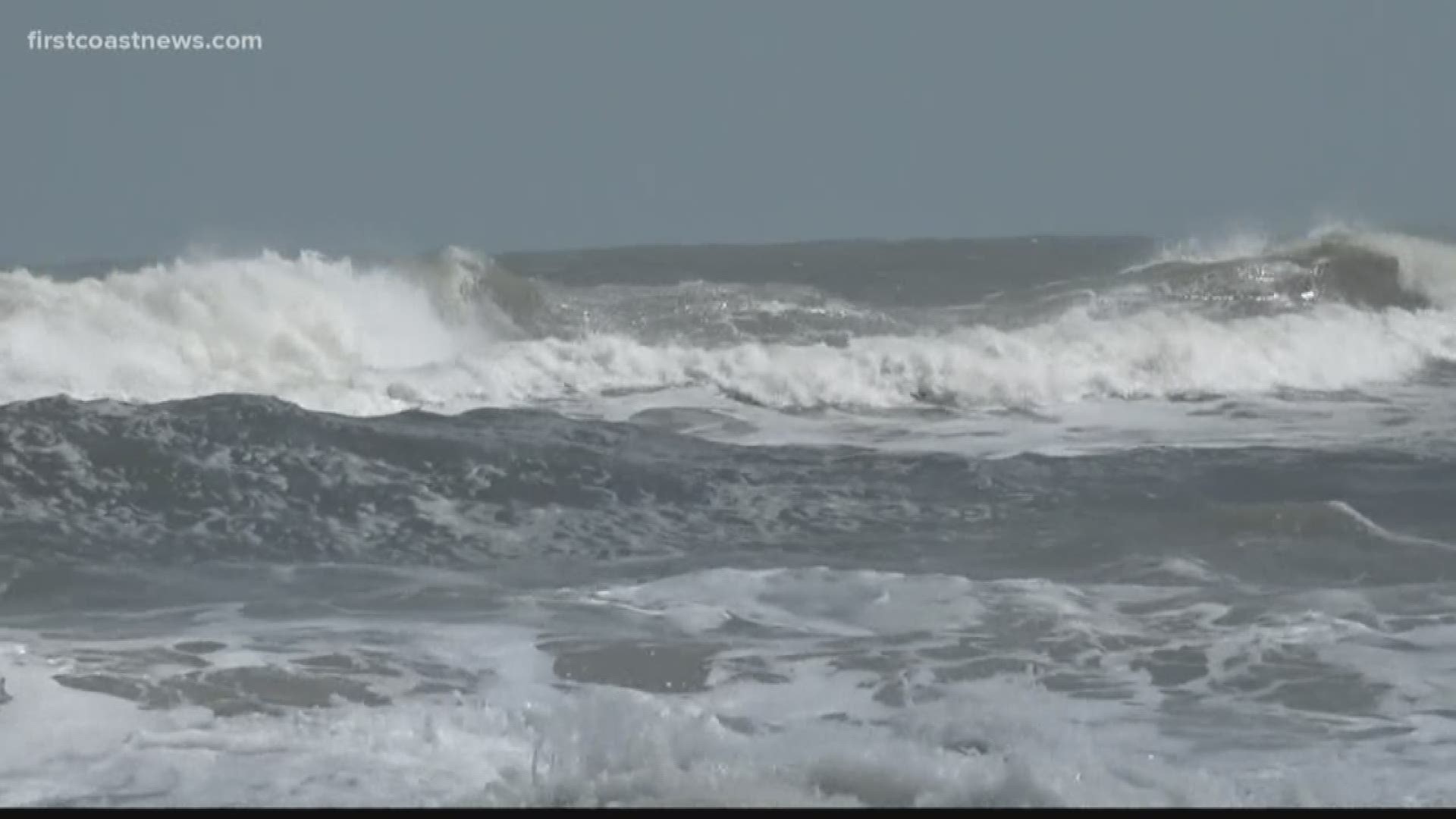 The search is still on Monday for the 22-year-old swimmer who went missing in St. Augustine over the weekend.

"We'll continue to search for as long as we can and hope for the best," St. Augustine Police Chief Robert Hardwick said. "Unfortunately, it could be more of a recovery than a rescue operation."

Deputies identified the swimmer as Jacob Emanuel Turner from Tampa, Fla. He was last seen entering the water around 4:25 p.m. on Sunday about a half mile from the St. Augustine Beach Pier near 14th Street. He was described to be a blonde man wearing gray shorts.

According to Hardwick, Turner was on vacation in the area with his two friends who were in the water with him when he was pulled out into the ocean.

First responders from the St. Johns County Sheriff's Office, Fire and Rescue, St. Augustine Police Department and the Coast Guard searched Monday for Turner from the shore and by air. According to Hardwick, the current was too rough to take boats out to search on the water.

Crews are expected to search through the night and possibly into Tuesday. It's not clear yet how long after they'll continue to search.

His family, who isn't from Tampa, was notified about his disappearance.

There were 13 total water rescue calls on Sunday alone along the St. Augustine beaches, according to Chuck Mulligan with the sheriff's office. An older man nearly drowned around 3:30 p.m. He was given CPR and rushed to Flagler Hospital with serious injuries.

According to Hardwick, while they were rescuing that man near the pier, they heard calls for help for Turner. By the time they raced down to try to save Turner, they couldn't reach him.

"That's how quick and unpredictable this ocean can be," Hardwick said.

Over the weekend and on Monday the red flag advisory flag flew, signaling rough surf.

Hardwick advised not going further than knee-deep in the water if you go in at all.

“We ask you to please use some of your own self-responsibility," Hardwick said. "You’re putting not just the first responders in harm's way. You’re putting the citizens and visitors who would do anything to save a person’s life."

Those warnings and flags didn't stop some swimmers Monday, though.

"This is a way of life," swimmer Billy Merrill said. He brought his snorkel into the ocean with him. "This is awesome. I've lived here my whole life and I'm going to keep doing it [swimming in rough surf]."

Others, like Betty Hall who witnessed two rescues Sunday, said she'll stay closer to the shore.

"We just got to where the water comes up to our legs because we didn't want to be involved in a rescue," Hall said. "The red flags were up which means you have to be really careful or just not go out there at all."

The warning flags aren't up and down the beaches, though. They're at the public beach accesses and aren't at 14th Street. Hardwick advised beach-goers to check social media to see what color the flags are for the day before getting in the water. If you do get caught in a rip current, swim parallel to the shore.

A rip current risk is expected to continue for the rest of the week.