The proposed legislation activists are rallying against justifies the use of force by citizens to defend against criminal acts during protests, like looting. 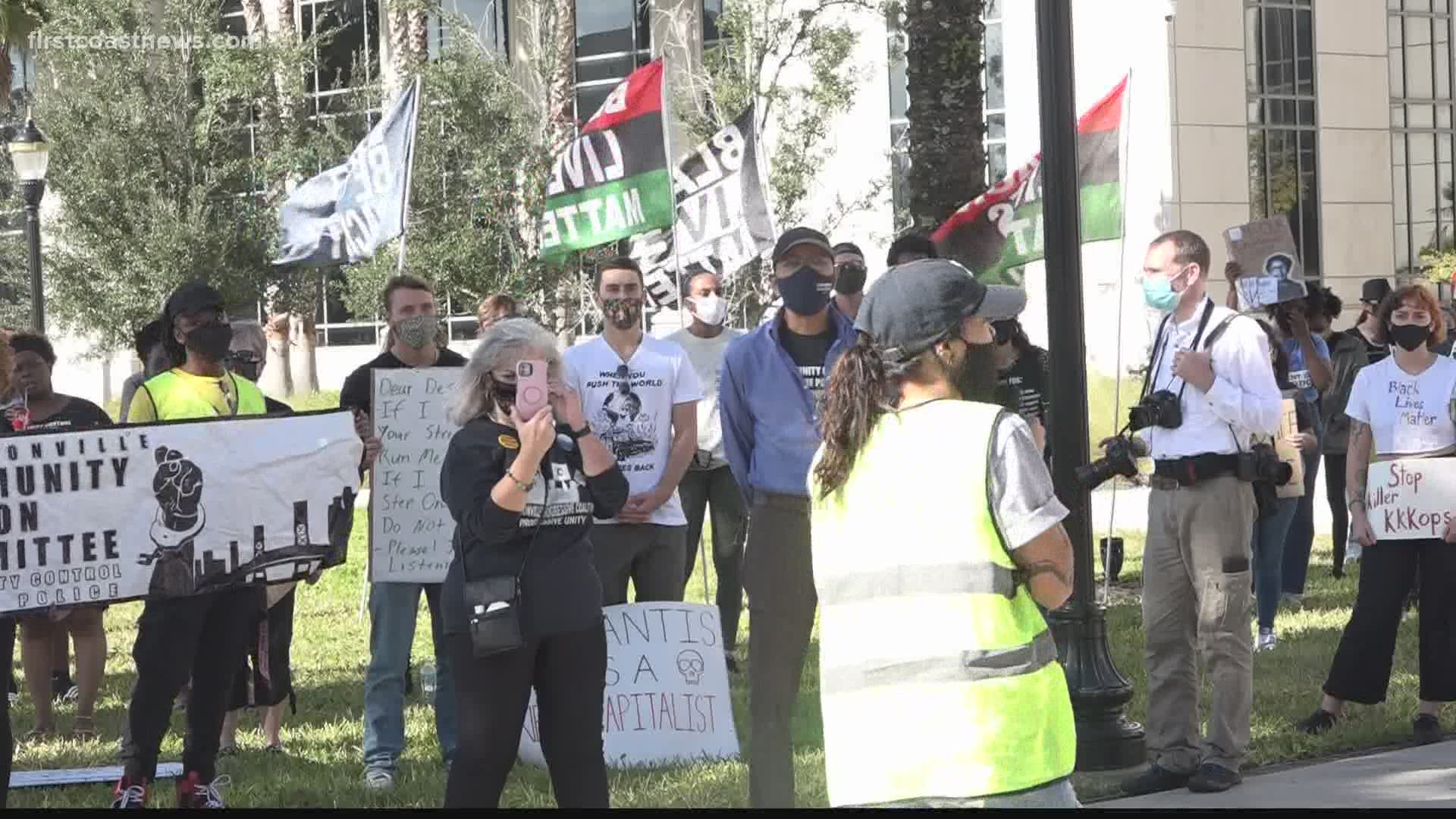 The proposal could expand Florida's controversial Stand Your Ground law. In early November, the proposal was announced. It would justify the use of force by citizens to defend against criminal acts during protests, like looting.

It builds on DeSantis' promise in September of "anti-rioting, anti-looting legislation." DeSantis said the legislation is needed to restore law and order.

The legislation proposed in September would make it a crime to obstruct traffic during a protest, and would offer protection to drivers who unintentionally injure or kill traffic-blocking protestors. It would also allow the state to block funding for cities that defund police departments.

The draft would also increase penalties for any protestor who attacks police officers or causes property damage.

“Under the proposed legislation being offered by the governor, Martin Luther King would’ve never been able to march in Selma to Montgomery, across the Edmund Pettus Bridge," Ben Frazier of the Northside Coalition of Jacksonville said.

"We would’ve been able to get the Voting Rights Act or the Civil Rights Act passed under this legislation. It would’ve stifled the entire Civil Rights Movement so that now they're not using water hoses and billy clubs and dogs to top the Civil Rights Movement. Now they're using this legislation which is blatantly unconstitutional. What you need to know about the governor's proposed legislation is that he's attempting to strangulate, to smother, to choke the very life out of our First Amendment rights," Frazier said.

The Northside Coalition and the Jacksonville Community Action Committee also held the rally in honor of 18-year-old Devon Gregory. Gregory died in an officer-involved shooting after a traffic stop Tuesday.

"I'm one of the people that advocates for Black Lives Matter. Breonna Taylor, George Floyd, all the rest of that and I felt like at the time I was doing what I could," Tina Rhiles, Gregory's cousin said.

"I had never been to a protest. I never stood outside my house. I did a lot of sharing and button-pushing. I thought that was enough. No that's not enough and before it was sad and 'oh, that's unbelievable.' Now it's unimaginable. Now it's devastating. Now it feels like we went to hell and we're telling everyone about the Bible so they won't go too," she said.

The Jacksonville Sheriff's Office released the body camera footage from the incident Thursday.

"What we saw was our family member upset, scared just feeling like he wasn't going to win. 'If I get out and do what you say you're going to hurt me if I don't … He felt like he was put between a rock and a hard place and he was going to die either way," Rhiles said.

Rhiles also said Gregory was a loving, caring teen with two jobs and always had a smile on his face.

"I had to think about how he had to be feeling to act the way he acted because it was so out of his character, so we don't know who that was, who we saw. There were other situations and circumstances that happened that night that we haven't seen. We need to understand what turned him into that person. Everybody needs to understand, not just my family," Rhiles said.

"We want them to find ways we want them to have different training to understand what situations are. I'm somebody like I said, I have been put on medication today if I have a psychotic break and I'm looking at people and it's too much and it's overwhelming and I'm like, 'just leave me alone,' I don't deserve to die,"  Rhiles said.

.@JaxTakesAction and the Northside Coalition holds protest downtown against @GovRonDeSantis “anti-mob” proposal. Among other things, the proposal justifies the use of force by citizens to defend against criminal acts during protests, like looting @FCN2go pic.twitter.com/I3r9mwto45