The Northside Coalition along with other activists are speaking outside the Duval County School District office on Friday. 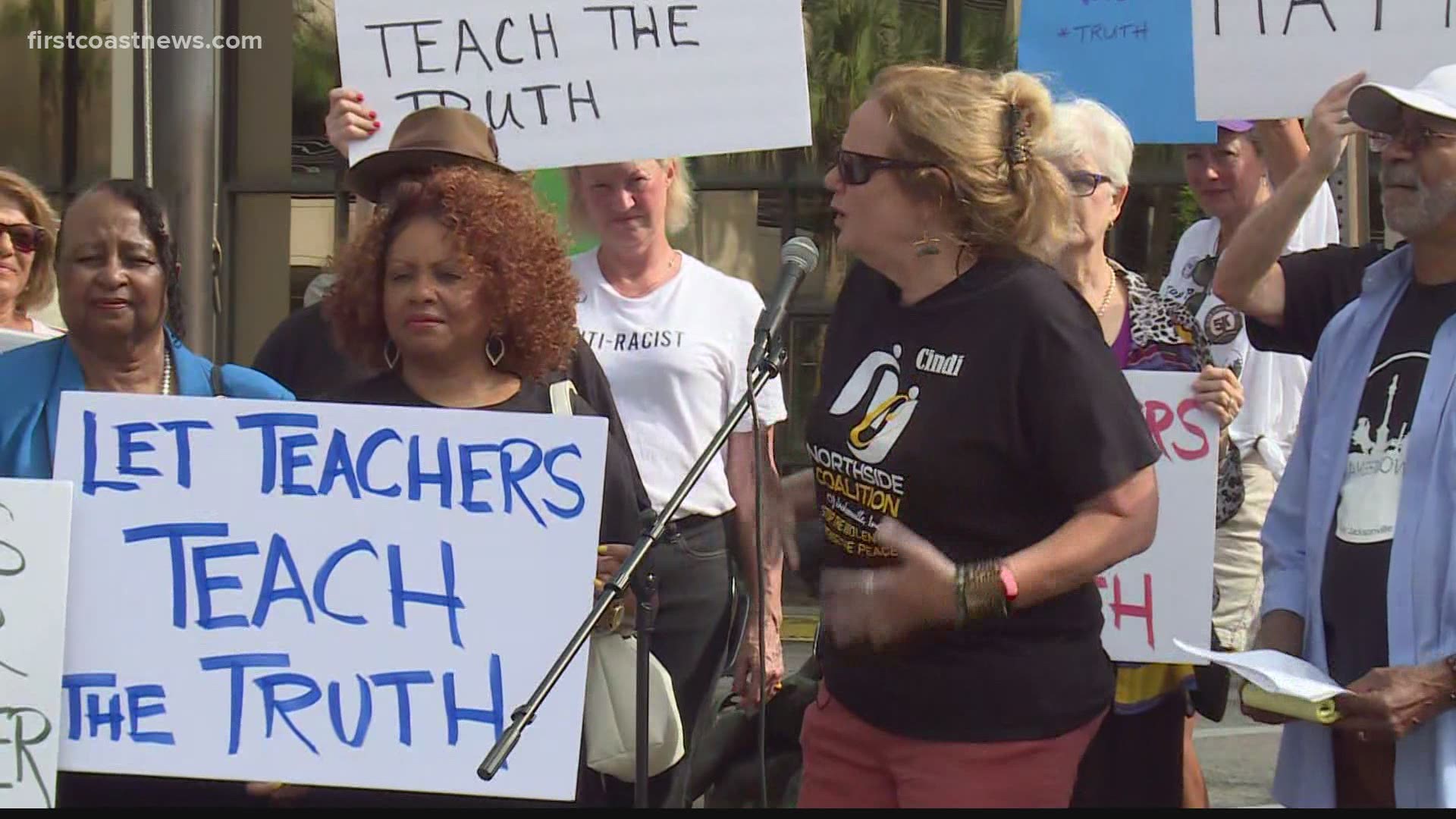 JACKSONVILLE, Fla — Jacksonville activists are gathering outside the Duval County School District office Friday morning to voice their concerns with the Florida State Board of Education.

Activist Ben Frazier with the Northside Coalition writes in a press release that the criticism is aimed at Education Commissioner Richard Corcoran. He wrote that some activists feel he "is trying to prevent public school students from being taught the truth about slavery white supremacy and racism.”

Civil rights activist Rodney Hurst and Dr. Rudy Jamison will join activists and educators in Jacksonville on Friday to "denounce actions taken by the Florida Board of Education.”

“Our students should not be taught a whitewashed and candy-coated version of history. Teachers should be allowed to teach the truth,” said Frazier.

“The board is trying to ban the teaching of truth about colonization, slavery, and the government-sanctioned violence that was directed against indigenous people," said activist Hope McMath of Yellow House.

“Rightwing conservatives don’t want the truth to be taught because they are ashamed of the history. The Florida State Board of Education should not implement “rules and standards” to prevent teachers from teaching the truth,. Critical race theory is not a theory it is a fact," said Wells Todd of the Jacksonville Progressive Coalition.

Hazel Gillis of James Weldon Johnson Branch of the Association for the Study of African American Life and History says learning the truth will bring people together.

At the Florida State Board of Education meeting in Jacksonville in June, the board voted to ban teaching critical race theory in Florida schools.