About 3,000 protesters chant 'No justice, no peace' in march through Jacksonville's San Marco area

The protest comes after the death of George Floyd in Minnesota, Breonna Taylor in Kentucky and Ahmaud Arbery in Brunswick, Georgia. 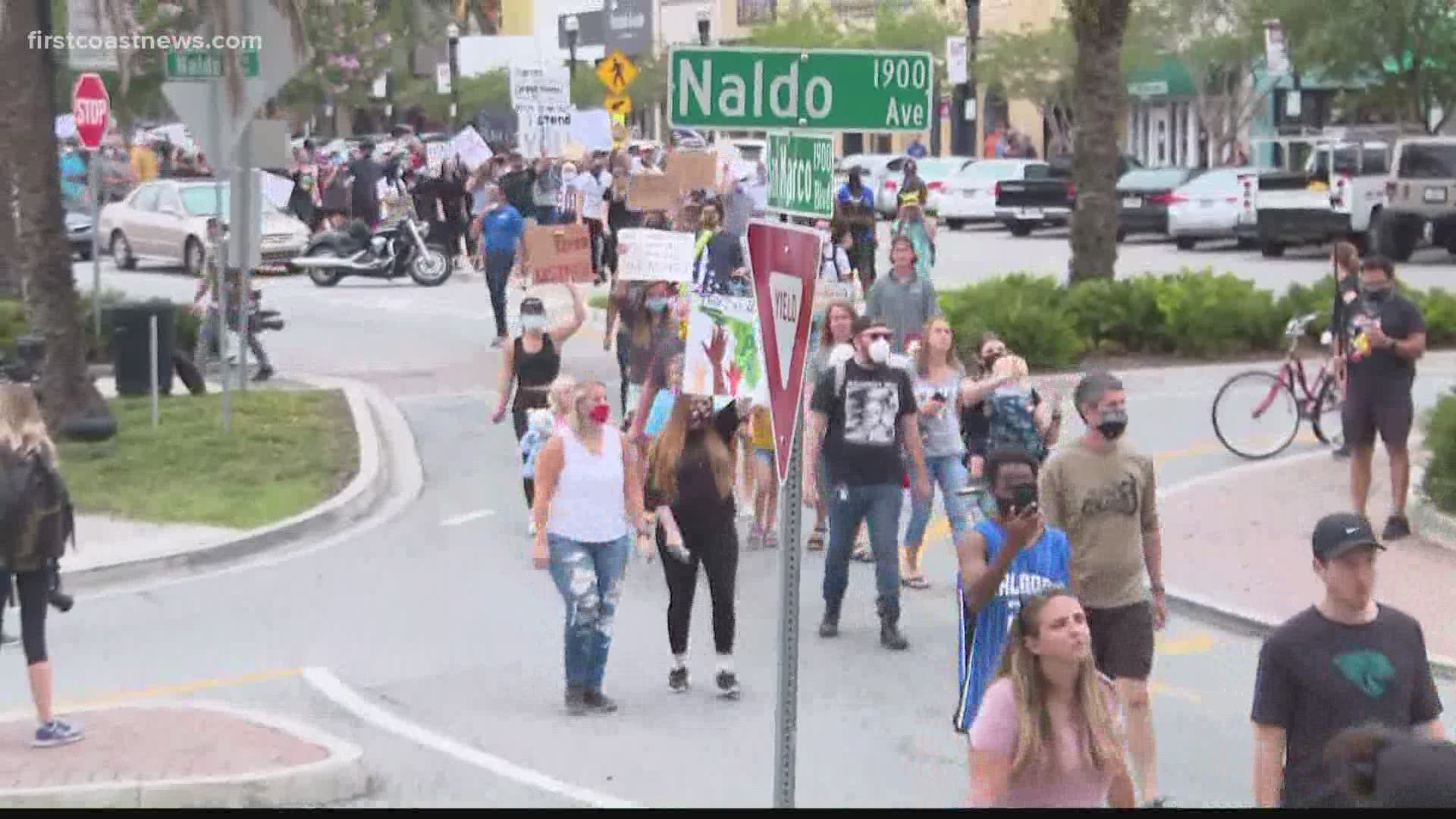 The gathering, called a "Reflective Walk," marked the fifth day of protest in Jacksonville, which came after the deaths of George Floyd in Minnesota, Breonna Taylor in Kentucky and Ahmaud Arbery in Brunswick, Georgia.

Businesses in the area began boarding up their windows and closing for the day at 5 p.m. out of precaution after the previous weekend's protest left behind damaged property downtown.

"We recommend you protect your employees and your stores," said the president of the San Marco Merchants Association to local business owners. "If you plan to close, lock all your doors and if you have a monitored alarm keep your phone turned on in case you get a call. Again, we believe this will be a peaceful event and we will all wake up tomorrow with no property damage or bodily injury.”

The protest started at Southside Park at 6 p.m. with a few hundred people gathered, but numbers started to grow as the crowd went down Hendricks Avenue. Chants of "No justice, no peace" and "Black Lives Matter" could be heard as the crowd approached San Marco Square.

By the time they got to the square, the crowd had grown to about 3,000 protesters. Still chanting, the group circles back to Southside Park and began to disperse by 8 p.m.

Police were on scene to provide security and First Coast News saw no arrests were made.

Live tweets from the protest can be seen below.

5 p.m.: Businesses on Hendricks Avenue begin boarding up windows ahead of the protest.

5:30 p.m.: JSO says it will be providing security for the planned protest.

6 p.m.: A few hundred people begin to gather at Southside Park for the Reflective Walk.