About 200 people hurt in scooter incidents in just a few months: Austin study 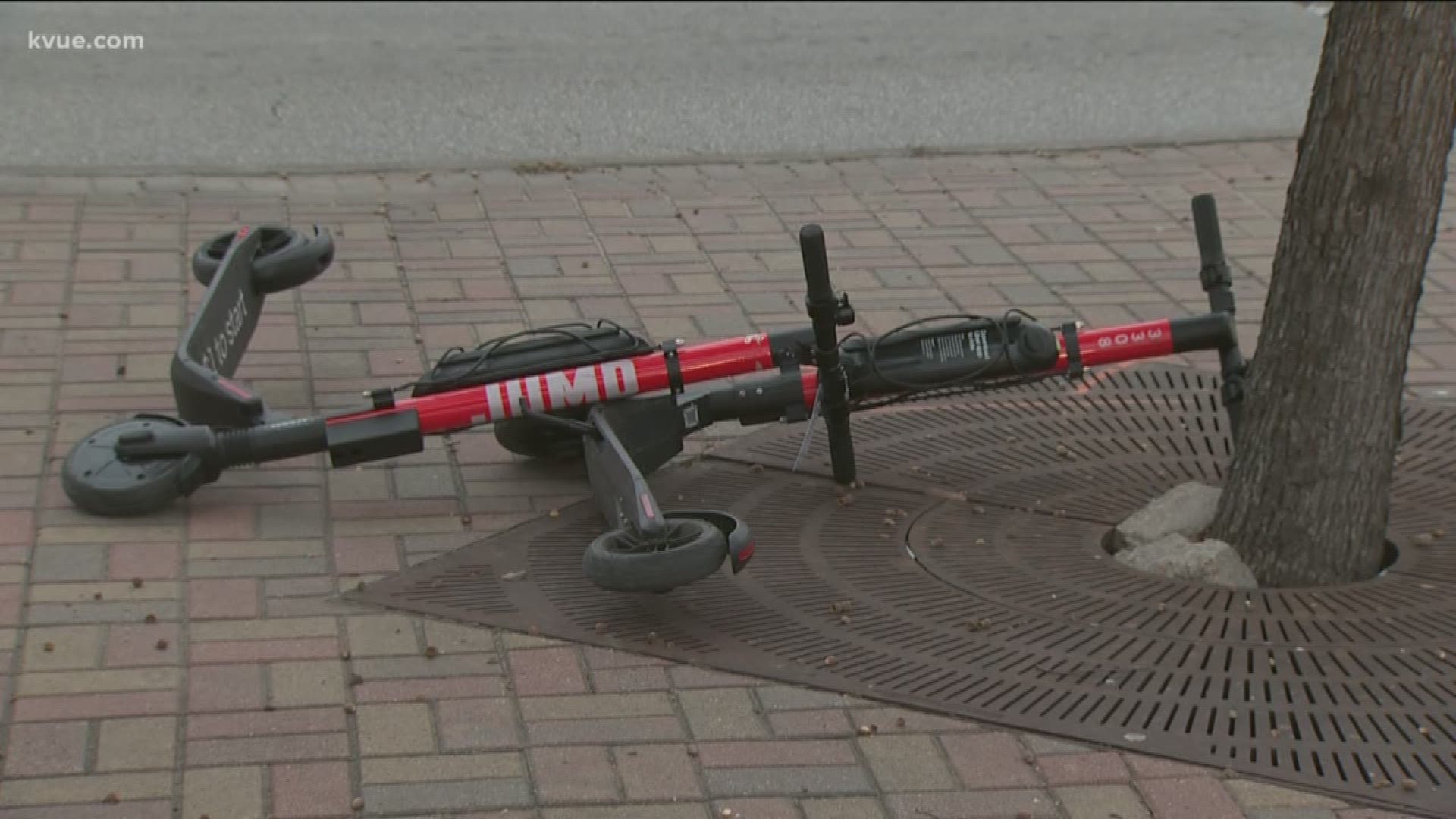 AUSTIN, Texas — Austin Public Health and the CDC released a study outlining scooter-related injuries in Austin between the months of September and November of last year.

The study came out Wednesday.

It found that from Sept. 5 to Nov. 30, a total of 271 people were identified to have had potential scooter-related injuries. Of those, 160 were confirmed cases, 32 were probable cases, 46 were suspect cases and 32 were not cases. For one person, the specific vehicle was unknown.

The study defines those cases as follows:

2. Probable: injury related to an electric scooter, not otherwise specified as rentable or dockless.

The report combined the number of confirmed cases (160) and probable (32) to come up with the number 192. Of those individuals, 190 were riding the scooter at the time of their injury and two were non-riders (one pedestrian and one bicyclist).

In a press conference on Thursday, the city officials said there's a .02% crash rate with scooters. They also mentioned 39% of the injuries took place between 6 p.m. and 6 a.m.

This is believed to be the first study to conduct interviews with injured riders.

After another serious scooter crash in Austin, should scooter riders be required to wear helmets?

UT cracks down on scooter speeds with geofencing

Only 125 out of the 190 riders were interviewed. They are described below:

Their injuries are described as follows:

Almost half (80) of the injured riders had an injury that was classified as severe. Those included:

Based on the studies, Austin Public Health proposes the following:

The full report, which includes additional information on data such as time, location and more, can be viewed here.