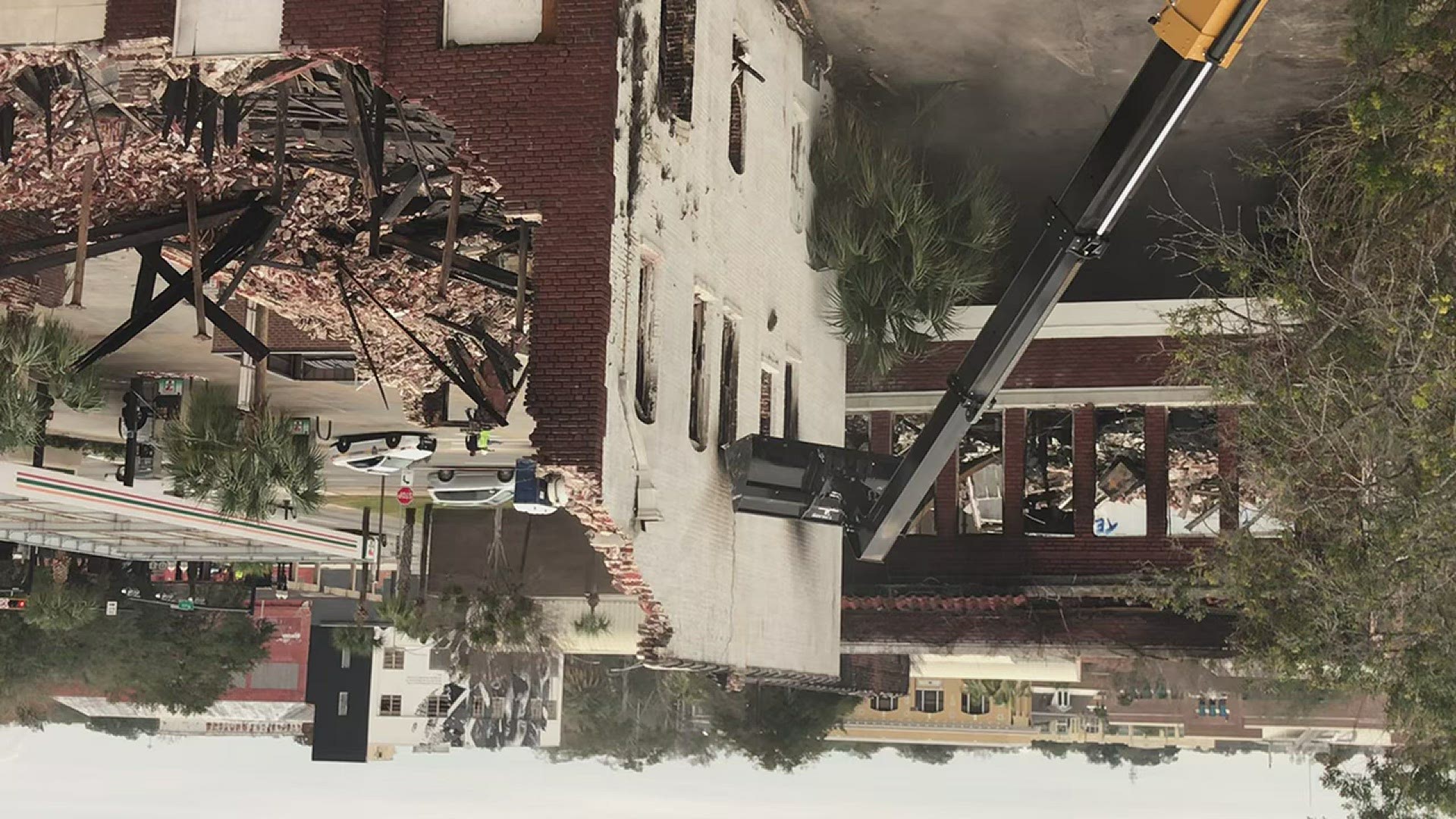 JACKSONVILLE, Fla. — Flames could be seen shooting out of a downtown building on Saturday night.

Now, that building is all but a pile of rubble after demolition crews worked to demolish the rest of the former Moulton and Kyle Funeral Home on Wednesday morning.

Firefighters spent hours on Saturday night trying to tamper down the heavy-duty flames and putting out hotspots in the building.

Two 911 calls came in around 5:30 p.m. on Saturday night. Firefighters say they could not enter the building because it was too dangerous, so they immediately went into a defensive position.

The integrity of the funeral home and the danger to nearby buildings were a concern for firefighters.

About 45 trucks and more than 110 firefighters arrived on scene to what they say rose to a three-alarm fire.

The cause of the fire is unknown and a state Fire Marshal is investigating.

Demolition underway on the 100yo Moulton & Kyle funeral home that was destroyed by fire over the weekend in downtown Jacksonville @FCN2go @CityofJax pic.twitter.com/vzy2lfFl5H