A new alternative to security deposits for cash-strapped renters 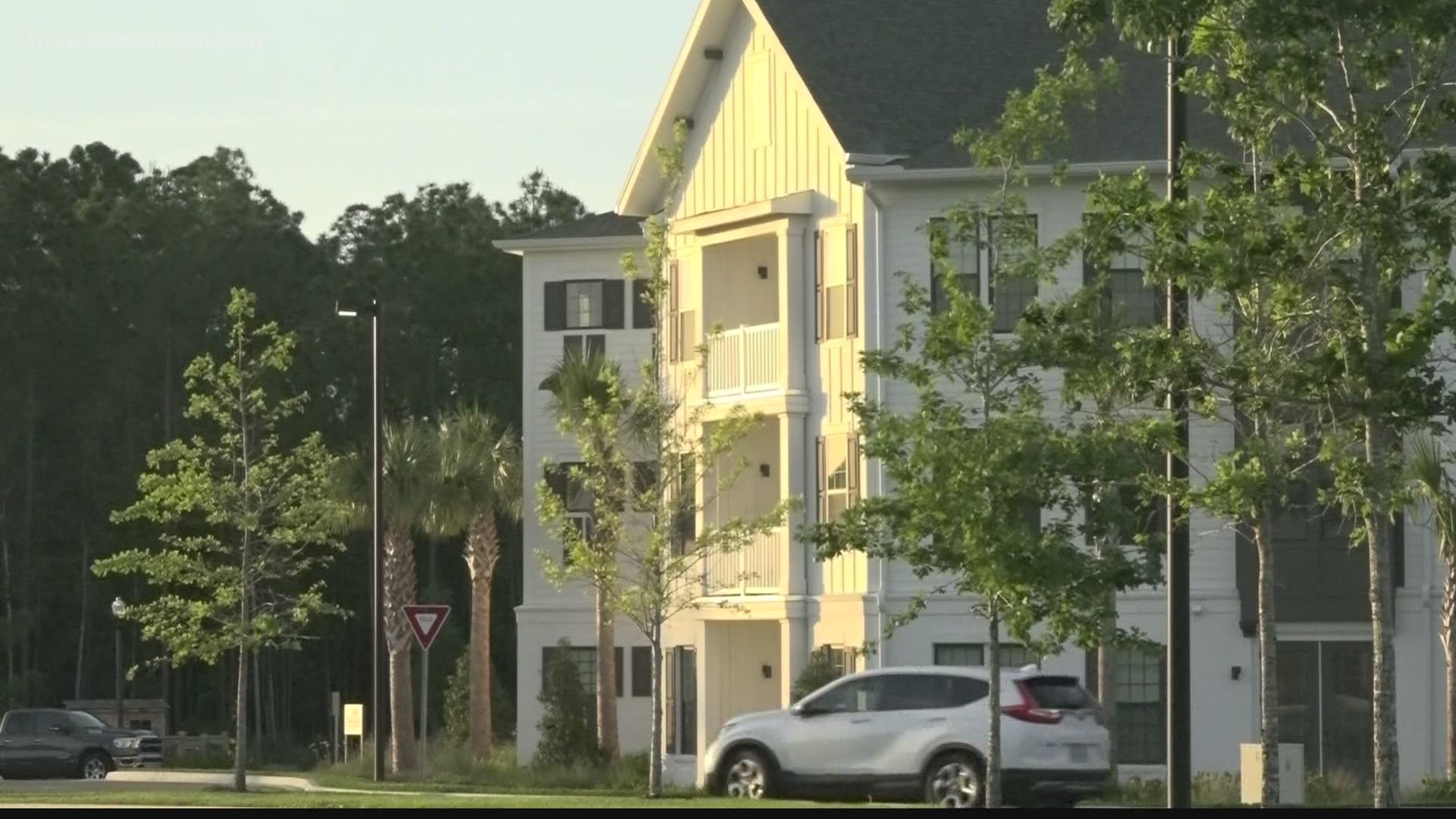 JACKSONVILLE, Fla. — Neil Morte and his girlfriend are getting settled in their Jacksonville apartment after moving in just weeks ago. A graduate student working on his doctorate as he pursues a career in healthcare, Morte’s memory of the apartment search are fresh.

“Some of the rent was a bit high,” Morte told First Coast News in an interview this week.

As the prices of homes increase on the First Coast, indeed so too is the cost of renting an apartment. According to rentcafe.com, the average monthly rental cost in Jacksonville as of March was $1,173, a 5% increase compared to March 2020.

“The security deposit part of it, plus the rent, was a big hurdle,” Morte recalled.

That hurdle can be quite a challenge, especially for those leaving one apartment for another.

“You typically have to leave a second cash deposit before you get that first cash deposit back,” said Paraag Sarva, co-founder and C.E.O. of New York City-based Rhino, one of several companies that provide security deposit insurance as an alternative to the traditional practice of a large lump-sum security deposit at time of move-in.

Sarva explained that the concept of security deposit insurance goes back about 20 years, but the industry has seen noteworthy growth in about the last five years. The idea is pretty simple, he said.

“So, let’s say it’s a $1,000 home [requiring an equal security deposit],” he began. “Instead of the renter putting that $1,000 into what is an escrow account, essentially dead money that doesn't help anyone."

“Which is to buy an affordable insurance policy which may cost three, four, five dollars per month, to purchase insurance for that rental unit," Sarva continued. "And so the landlord receives coverage for all the same things that they otherwise would have relied on a cash security deposit.”

In other words, as long as the landlord agrees to essentially receive insurance coverage instead of a cash deposit as a buffer against damages or unpaid rent, the tenant can keep that money in their pocket.

Morte explained the apartment complex he and his girlfriend wanted to live in told them about security deposit insurance, making an important difference for the young couple as they tried to save money.

“Rhino [was] very helpful in being able to keep that money and be able to save for ourselves and our basic necessities,” Morte said.

Rhino has made security deposit insurance policies available in Florida and Georgia since 2019 and has a presence in nearly all 50 states.

The company said there’s nearly $2 billion locked up in security deposits in Florida alone, including $150 million in Jacksonville alone. It claims to have put more than $2 million back in renters’ pockets locally already.

The company says the average rent among its Jacksonville clients is $950 and that a policy covering that amount comes to roughly five dollars per month. Sarva said that by its very nature, security deposit insurance makes life easier for landlords too, especially when a tenant is moving out.

“Mechanically it's very challenging for even the best landlords to just process a refund and get that cash deposit back to a renter,” Sarva explained.

Still, this is a fairly new industry. Board certified real estate attorney Zach Roth with Ansbacher Law in Jacksonville called the idea 'interesting,' but had one caveat.

“I’m not aware of any case law in the state of Florida, or any statutory law for that matter, interpreting these [policies],” Roth said. “Before I would be comfortable recommending it to someone, I would want to see the State of Florida weigh in on how it’s going to regulate.”

Presented this concern, Sarva assured that there is plenty of relevant legal precedent nonetheless.

“There's a lot of case history on cash security deposits,” he said.

In fact, he added, his company works to settle disputes before they need to go to court.

“Every time we pay a claim to a landlord, we have a Rhino team that speaks with each individual renter to understand their side of the story and understand, well, really, is this a valid claim, first of all?” Sarva explained.

“We have spent a large amount of time working with policy makers and attorneys and insurance professionals, to ensure that what we're doing really is in the best interests of every individual renter and landlord.”

As much of an across-the-board benefit Sarva said security deposit insurance can provide, he did offer a word to the wise for tenants.

“It's important for renters to also know that if for example there's an issue of something like unpaid rent or excessive damage, there's no free lunch," Sarva said. "You can't just, on move-out day, light your apartment on fire and say 'Good luck, Rhino and Mr. or Mrs. Landlord’.”

So, yes, security deposit insurance is fairly new concept, even new to Neil Morte. But so far he’s pleased that his landlord was willing to participate – even was the one who told him about it – and about his decision to pursue it.

“I just think it's really helpful and it really gives people that chance to establish themselves and to feel comfortable.”

To receive a quote from Rhino, go to www.sayrhino.com.