A marine, stray dog and how they saved each other; FSCJ features memoir at annual author series

"Craig and Fred" is the story of how Craig Grossi found his dog Fred on the battlefield, and how they teach others to never give up. 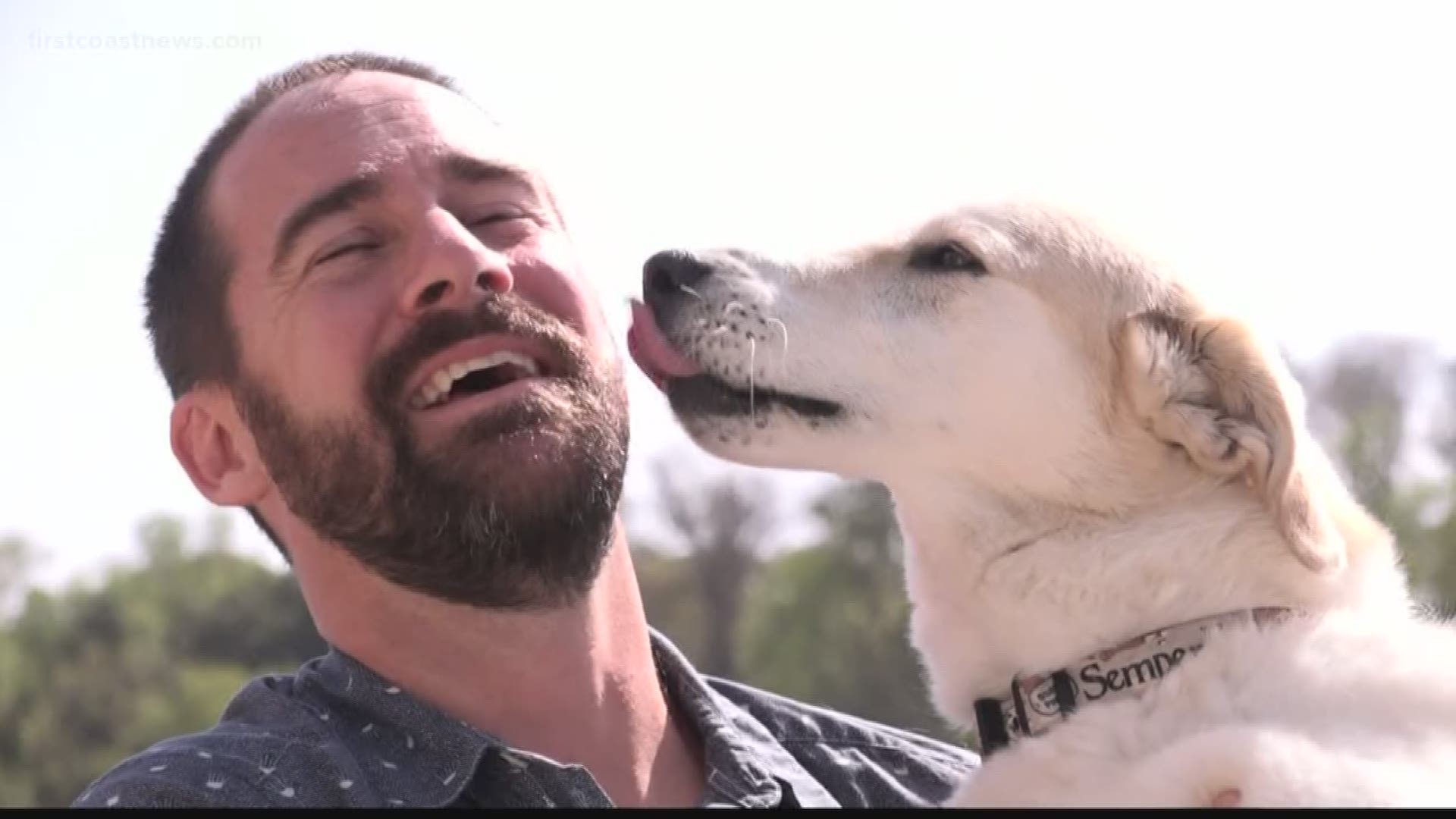 For Craig Grossi and Fred the dog, all it took was a tail wag and their lives changed forever. Now Grossi is sharing their story in his book "Craig and Fred" at Florida State College at Jacksonville's annual Author Series.

Grossi is a marine veteran and purple heart recipient who served in Afghanistan. His job on the front lines was, "to draw some attention from the Taliban away from some of the other units in the area that were suffering casualties,” Grossi said.

But one fateful day on the battlefield in 2010, he spotted a funny little stray dog. It was Fred.

With a piece of jerky in his hand, Grossi started approaching the dog, but, "as I got close to him, I almost turned around,” he recalled.

He thought the dog would growl, or didn’t want to be bothered, but to Grossi’s surprise, “he wagged his tail. And I got a little closer, and he took the jerky very gently and politely and followed me back to where my kit was.”

Their bond was instant. Little did either of them know that when Grossi came home to the United States, they would be saving each other from hardship and despair.

“Fred was the one thing that kind of kept my head above water for a long time,” Grossi said.

Once back in the states, Grossi captured that bond in the memoir, "Craig and Fred."

“I started to slowly realize this story is my purpose,” he said.

The book shares the message of stubborn positivity, something Grossi says he couldn’t have found without Fred.

“He was a reminder of what I was capable of,” he said.

Grossi says he’s looking forward to connecting with our local veterans and active military members to remind them there’s always a reason to wag your tail.

Grossi, with Fred, will talk about his memoir Wednesday, March 4 at 7 p.m. at FSCJ South Campus's Wilson Center for the Arts.

He will also speak Thursday, March 5 at 11 a.m. at FSCJ's Kent Campus in the Main Auditorium.